Sir Ian was granted approval by the Government in early October to trial a private self-isolation system for international travel in order to free up spaces in MIQ for returning Kiwis. 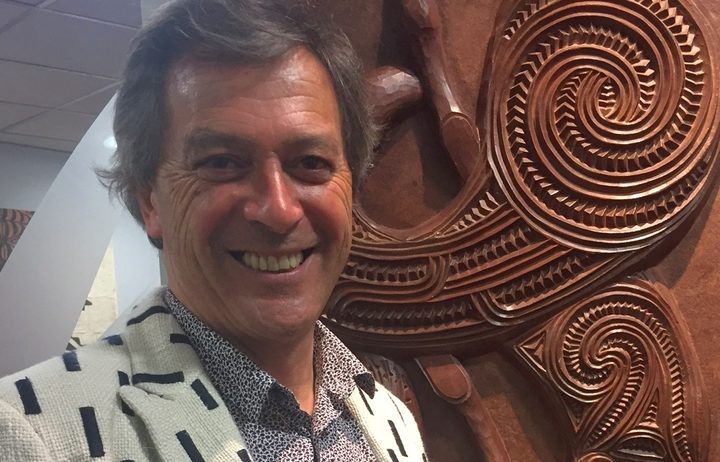 He has just begun his trial in the Auckland suburb of Herne Bay - but it's his experience in America which has solidified his view on our MIQ system.

Despite the rigorous procedures he has been put through during his arrival and isolation, Sir Ian says he felt much safer in Los Angeles than he does in Auckland.

“My view on MIQ hasn't changed. It's actually been consolidated. MIQ has been a failed system for some time now,” he told Karyn Hay.

“Anything that stops people from coming home isn't the right approach.”

The United States was organised, living with Covid-19 had become routine, he says.

“There's a bit of trepidation as I flew out of here to America, because all you'd ever seen was crowds turning up at baseball games with no masks and riots in the streets and stuff.

"But it was really quite remarkable in both LA and San Francisco at least, everyone wore masks it.”

People have accepted the situation and are protecting themselves, he says.

“People wore masks everywhere, an Uber turned up all the windows were down and locked down for airflow, you couldn't get in without a mask … hand sanitizer in the back, there was just this kind of routine that says we're living with it, now we have to protect ourselves.”

Getting tested over there could not have been easier, he says.

“I've been tested eight times in seven days, a lot of it was my own choice. I had to do a PCR test before I flew out. I arrived. and the first meeting I went to at Fox I had had to be tested, the next day at major league baseball had I to be tested to get in. It's just a routine there.”

Flying out of LA and getting tested was also simple, he says.

“You could go there Sunday morning, have your test and then get on your plane and fly back to here.”

He travelled back with a Kiwi businessman who had relocated to LA so he could continue running his business, he says.

“He's come back. He's gone into MIQ for two weeks, so that he can meet with staff for three days, and he'll fly back to America.

“He's got testing protocols all through his business. He tested clear before he came, he hasn't got Covid-19.

“He goes into MIQ, turns on the news and sees hundreds of people queuing up outside shopping malls overnight, waiting to get in.

“And here he is locked in a hotel without Covid-19. And so, the inconsistencies now are really beginning to stand out.”

It makes no sense that Kiwis overseas who haven't got Covid-19, who can be tested before they get on the plane can’t come home, he says.

“There are desperate stories overseas and they just don't make sense now If we take a practical approach.

“Everyone should have the freedom of at least going home, not being locked in one of those army-controlled military camps that’s MIQ. It's just not right.”