The discovery of a 3000-year-old city in Egypt has shaken the archaeology world to its core this week.

The lost ‘Golden City’ was found in the first weeks of a huge archaeological dig near Luxor in Egypt. 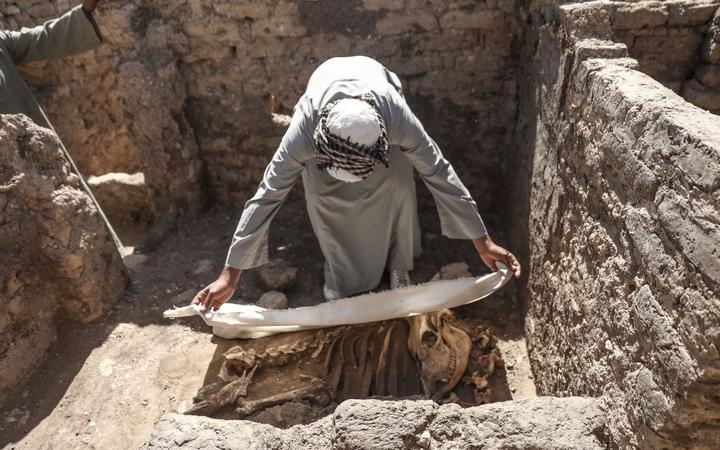 A 3,000-year-old "lost golden city" known as Aten has been unearthed in the southern city of Luxor. Photo: AFP / FILE

The archaeologists there say the city is likely to be the largest ancient Egyptian city found thus far.

Dr Sarah Vidler, an archaeologist who specialises in Egyptian digs, says the discovery is “absolutely huge.”

We know relatively little about urban archaeology life in ancient Egypt, she says.

“We have lots of documentary evidence about them, and lots of references to them and we know a lot of information about them, but we very, very rarely have the buildings.”

That is for two reasons, she says.

Egypt has limited space, so it has tended to build on top of ancient sites, Vidler says.

The other thing is Egypt is famously on a flood plain and much of ancient Egypt was built from mud bricks which tend to disintegrate in floods.

“So, it is quite unusual for these things to survive in such good condition and on such a large scale it really is quite mind-blowing to be honest.”

The last discovery of this importance was 110 years’ ago, she says and modern techniques weren't around then.

“And now we’ve got something that hasn’t been touched, so we can apply every bit of technology and knowledge and skill that we’ve got now 100 years later to something …. There’s not been a discovery of a city like this for about 110 years.”

The city is already revealing much about life in Egypt at this time, she says.

“We’ve got lots and lots of physical evidence and artefacts left within the city.”

“It would be like if you found a section of Wellington along Lambton Quay and it’s been buried for 3000 years and you have everything that people have just left behind.” 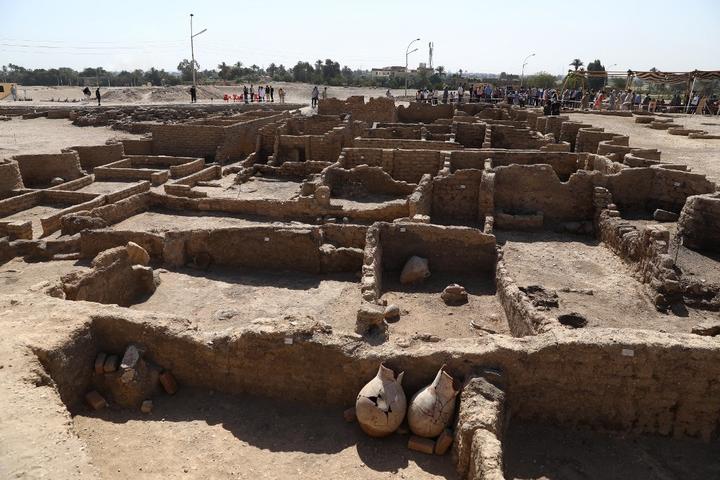 Brick houses, artifacts, and tools were found by archaeologists at the site which It dates back to Amenhotep III of the 18th dynasty. Photo: AFP

We know this much because the Egyptians loved bureaucracy, she says.

“They literally write this was made in this year, in this place and we find these labels written on jars and things.”

However, this is merely scratching the surface, Vidler says.

“Tell el-Amarna the city built by Amenhotep III’s son was first excavated in 1891 and they are still working on it now.

“So, this is the tip of the iceberg we’ve got decades and decades of research ahead of us and things to learn. “

It is going to be one of the “greatest archaeological discoveries in the world”, she says.

The city dates to the reign of Amenhotep III in the first half of the 14th century BC.

“At that point Egypt had a huge swathe of territory which it was controlling, it was extremely wealthy and at peace with most other countries.

“They were at their wealthiest at this point so King Amenhotep III, what he’s known for, is producing beautiful architecture and lots and lots of beautiful sculpture.”

It was the golden age of ancient Egyptian civilisation, she says.