Detectives in France, Italy and Tunisia are investigating the movements of a man being held in hospital on suspicion of killing three church-goers in the southern French city of Nice.

France's President Emmanuel Macron has described it as an "Islamist terrorist attack" - saying France will not surrender it's core values after visiting the Notre-Dame Basilica in Nice.

Anti-terror prosecutors have opened an investigation into the attack and France has raised its national security alert to its highest level.

Meanwhile record traffic levels around Paris in the hours before the second national lockdown began in France at midnight - midday New Zealand time.

Juliet O'Brien is a Wellingtonian and long time Parisienne. 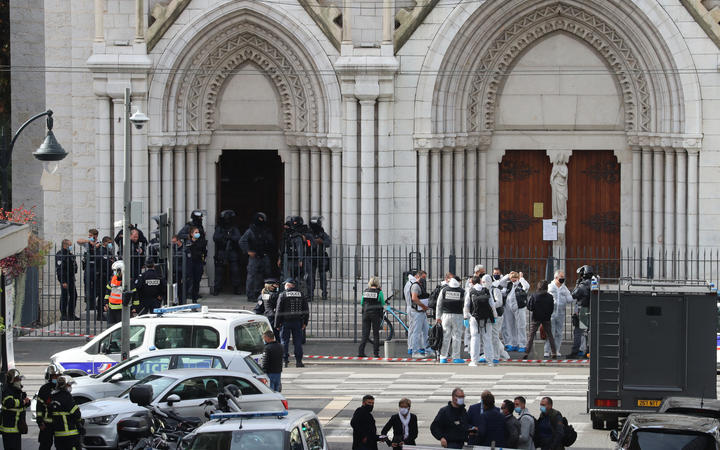