Vote for New Zealand's Penguin of the Year

Polls have opened for New Zealand's Penguin of the Year, with 14 contestants vying for a tale of glory.

Felicity Kibble from the National Aquarium tells Karyn Hay more votes have piled in this year so far than the total for the last two years.The ever-popular competition is in its third year. 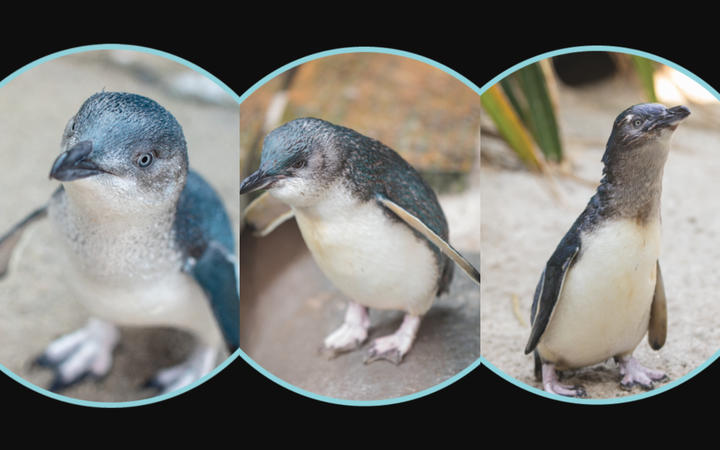 The little penguin is the smallest species of penguin. It grows to an average of 25-to-30cm in height and 43 in length, though specific measurements vary by subspecies. It is found on the coastlines of southern Australia and New Zealand. Many of the penguins couple-up for life with their mates.

The previous two winners themselves made up a cute couple.

Votes across the globe last year gave Draco the title, taking the crown from her boyfriend Timmy, the 2018 Penguin of the Year winner. Draco won the hearts of the public after sustaining a head injury when hit by a car while crossing road.

“They had partnered up here and they do form relationships, so it’s really interesting,” she says.

The National Aquarium runs a rehabilitation centre, with many of its penguins originally coming in with injuries and sickness. They are returned to the wild when possible, Kibble says.

“Sometimes unfortunately the penguins aren’t quite strong enough to return to their natural habitat so they’ll find a perfect home with the National Aquarium. They live in the lap of luxury, I have to say.

“They’re just amazing little birds and we’re just very lucky to be able to look after them.”

One of the stand-out penguins this year is long-term resident Mo, partner of Betty, but for all the wrong reasons.

“Mo is one of our naughtiest penguins when he’s appeared on our Naughty Penguin of the Month more than any other penguin and in the last two Penguin of the Year votes he’s always been a finalist… So, it’s a little like the bridesmaid but never the bride. He’s a little bit of a hot favourite.”

Captain is also a popular bird, losing an eye to another bird and seen to considerate to his partner after videoed bringing a huge stick into his den to make  the decor nice during the breeding season.

“Our little penguins have a huge following around the world, it’s unbelievable. We are receiving a huge amount of votes this year, probably more than we’ve had during the total of the last two years.”

Votes have piled in from South Africa, Brazil, Australia, the United State, Mexico and other nations, as well as New Zealand, she says.