The rules and etiquette of debating

Political debates are being made more difficult because a shared frame of reference over what is conditioned fact hardly exists, says the head of a debating body.

The first US presidential debate this week brought 90 minutes of chaotic and vicious attacks between President Donald Trump and the Democratic contender Joe Biden, with more than 70 interjections. 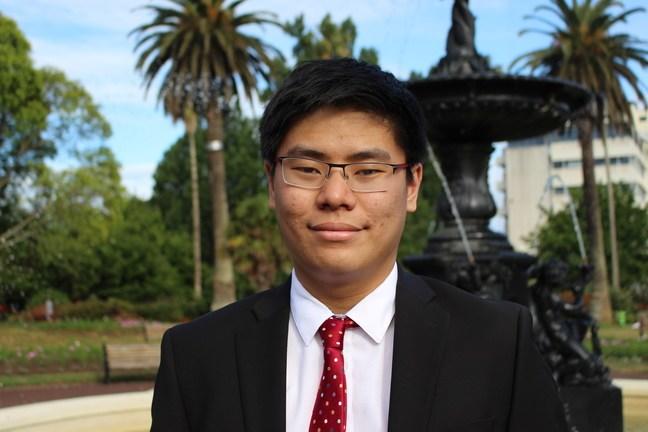 The debate descended into name-calling at one point, with Biden calling Trump a liar and a clown.

President of New Zealand's University Debating Council, Zachary Wong, tells Karyn Hay witty interjections are considered within the rules and the etiquette of debating, but that wit and policy were sorely lacking in that debate.

“Mostly, the analysis was right. The debate was something most people would take nothing away from, except of course an insight into the way thet think," he says.

Wong says the first debate was also more substantive and meaningful in terms of getting policy across than the US presidential debate had been.

“We saw a really robust debate in which I think the audience really got an insight into those leaders and we had a substantive policy conversation, allowing for a bit of that witty interjection and the leaders really had their voice heard.”

Formal rules of debating vary with context, he says, but some principles and the basic format remained the same.

The rules of televised debates are made by whoever is broadcasting or moderating these. One important aspect of engagement is points of information, which affords the opportunity to ask questions to speakers, he says.

The type of debating Wong sees within his council body is modelled on Parliamentary debates, including the unfortunate heckling. The US debate mirrored the tradition, and many times to the point of farce.

“As we saw in the US debate, debates can be whatever the leaders or moderators let them become and I think that’s what we've seen, including a bit of chaos happening between the people on stage.

“But ultimately it’s the leaders who command the stage. If Trump is going to shut down Chris Wallace like he did tonight, there’s very little you can do about it as a moderator.”

A moderator’s job can be a tough one, navigating a path of questioning that isn’t seen as too aggressive or too passive. They are always open to the accusation of political bias however, as Wallace was when Trump quipped that he was debating both Biden and Wallace.

The parameters of the moderator’s role are defined in terms of fairness and offering the best space to express ideas and opinions. But different styles make different debates.

“I think John Campbell was a bit of a contrast to what we saw with Patrick Gower. Ultimately the number one thing for a moderator is that he is fair to the candidate and provides them with a platform for what they want to say.

“If they can find rules or a format that allows them to do that, then that’s a win for the moderator.”

That is not to say moderators have no political opinions. But they must not allow these to form a biased approach to the debate, giving one candidate, for example, more time to answer questions and present an argument to the detriment of the other.

“Even if the moderator has an opinion, it’s really hard to inject that opinion into a debate, really hard to decide what is true and what is false when hearing it in real time,” Wong argues.

What makes debates and debating difficult in a post-modern and some would now argue, a post-truth world, is that linguistic meaning and consensus of what is considered ‘fact’ has now diminished. The US debate reflected this difficulty, with the debate ending up in a meaningless quagmire of hostile accusation.

“I think in the US, people have been stuck in a system in which ultimately they’re not going to agree on what’s true and what’s false anymore. I think at least in the New Zealand context we saw in the debate that, what you agree on a common frame of reference at least they can discuss it.

“I think, while name calling is not pretty, Biden wants to speak to the frustration from voters and people out there on the street.”