A vision of mail delivery with zero emissions

The pair regularly deliver mail around the capital as bike couriers but are now extending to an inter-city service. 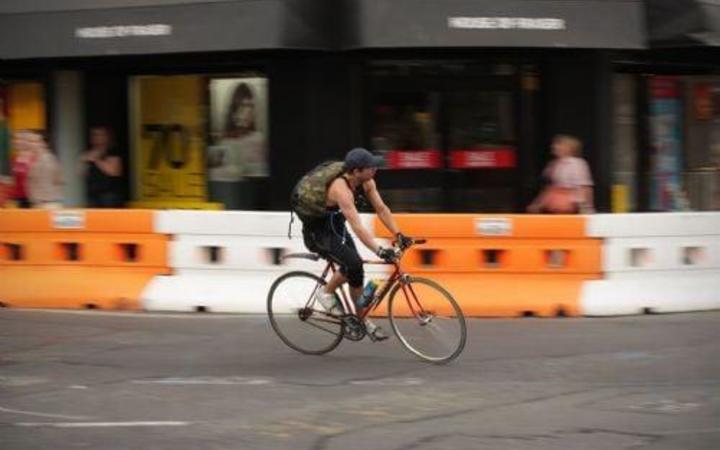 From Wellington to Napier, Jamie and Darcy think they can get your mail to its destination faster than NZ Post.

The intercity service came to be when Darcy decided to cycle to Napier for the Elton John concert. He decided to do it in a day, and that he may as well take some cargo along with him..

“I suppose more than that, I want to leave at first light and get there before last light.”

“I think at one point there was up to 15 cycle couriers and then email seemed to kill all that. But they’re coming back in a big way, largely due to cargo bike technology.”

The couriers are no longer just transporting paper documents, but parcels by cargo e-bikes.

Getting up Wellington’s steep streets on an e-bike is easy, Jamie says, as long as there’s juice in the battery – even the famously steep Bolton Street.

Darcy says he’s doing it for a bit of fun to combine two of his passions. “Have a bit of a novel thing going that’s never really been done much like this before.”

The pair hope to expand the venture to make use of the hundreds of cycle tourists riding from the top to bottom of the country.

“We would love to facilitate people who want to send something slowly from, let’s say Wellington to Dunedin, we’d love to link people up with a cycle tourist who is traveling that way if they’re happy to receive their goods in maybe a couple of weeks’ time.”

Cycle tourists and people who want to send mail can get in touch with Jamie and Darcy at No Car Cargo.