How do you recycle batteries? Which supermarkets allow you to bring your own container to the deli section? Can the plastic rings on plastic milk bottles be recycled?

Investigative writer Olivia Wannan has been looking into all of these questions for Consumer magazine.

She shares simple tips about what you can do at the supermarket and at home to reduce waste. 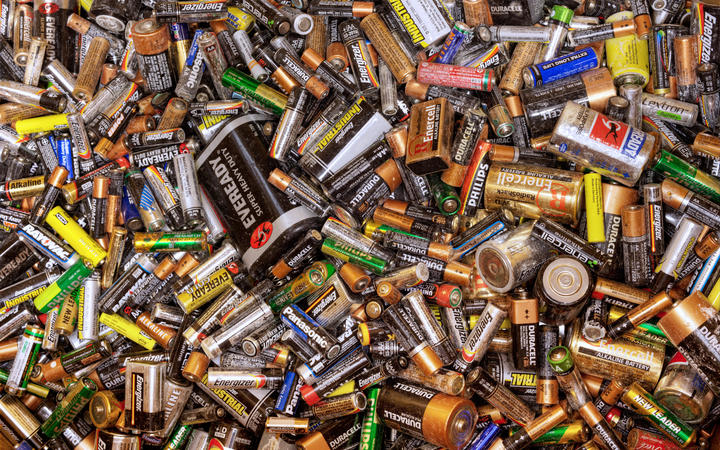 Household batteries: Round flat ones can be dangerous, so make sure to keep them away from kids! If you’ve used up your battery and it’s dead, Wannan says.

Consumer has compiled a list of 77 points which you can take your batteries to for recycling (which will be published in the next issue).

“[Recycled batteries] go overseas where the minerals will be extracted and hopefully reused again, sometimes in new batteries, sometimes in other products," she tells Karyn Hay.

At the moment, they get sent over to Japan, Australia or Europe.

“Unfortunately, a lot of our recycling does go overseas, about 95 percent of all the cans that we recycle go overseas, and a large amount of the plastic also goes overseas.”

BYO scheme at supermarkets: Wannan encourages shoppers to give this a go.

“Supermarkets around the country have introduced a scheme where you can bring along your container to the seafood or the deli section, the butchery as well, and get the food items put in there.”

“I really suggest people give it a try. It’s probably a bit like reusable bags in that it will feel really odd when you start off with it but then pretty soon you do it two or three and it’ll feel pretty normal.”

Wannan encourages people not to go out and buy new containers, which contradicts the whole idea of reduced consumption, and instead reuse containers around the house.

Ice cream containers can be a great packaging alternative, she says.

‘Multi-pack’ food items or snacks: These are something people are advising people to avoid buying, Wannan says.

“Obviously it’s way more convenient if you’re buying, say, raisins for a kid’s lunchbox to just buy the smaller packs but obviously all those cardboard containers need to be disposed of, sometimes they’ve got little bits of residue on them so the recyclers aren’t going to be able to take them.”

That means, believe it or not, that even pizza boxes with food residue can’t actually be recycled, she says.

“So anything that’s contaminated with food, especially cardboard, it can’t be recycled … the best thing you could do would be to put it in your compost pile, but unfortunately, if it goes into your recycling bin it will probably end up in the landfill.”

Pill packets: Most of these tend to have a mixture of materials, with plastic and a little bit of metal foil on the back, making it hard to recycle, Wannan says.

“I believe that recyclers would probably just want that to simply go into the bin.”

Wrapper around photocopy paper: This is another composite material which isn’t viable to pull apart, and would probably need to go into the bin, Wannan says.

Bread tags or plastic rings on plastic bottles: Recyclers told Wannan that some objects are simply too small to be recycled.

While she understands the good intentions of people, she says these items can get clogged up in machinery or fall off the assembly line, making recyclers’ jobs more difficult.

“If you can reuse it, try to. With anything that’s ring-shaped try to cut it in half because that means if it ever ends up in the ocean it won’t choke anything.”

Buying in bulk: Often people think that buying in bulk will be better, but often costs a lot more than on average than if you were to buy items individually, Wannan says.

“We looked at a bunch of items and the only thing that we found was cheaper in the bulk bins was dried apricots, so if you are making the switch that it may cost you a little bit more.

“We did go to the supermarkets and asked them about this they said that our bulk bins attract additional costs, including health and safety and that spills add to the costs.

“We also think that just by their name, people are going to believe that they are cheaper, and we really think that possibly these places need to step up and offer some better bargains in those bins.”

Talk to people in charge: People often contact Consumer about things that irk them, such as packaging that can’t be recycled or contains a lot of empty space, Wannan says.

She encourages consumers to contact the companies that produce these items on Facebook or email and give them some food for thought.

“Hopefully it would pressure them into rethinking what they do,” she says.

It isn't just in bad times that companies should be singled out, Wannan says. We often forget to say “well done” or “thanks” to the ones that do listen and change their packaging.

*The latest edition of the Consumer magazine is out next week, it’s available at bookstands and supermarkets.