The world's most ethical pub

A London pub is aiming to be the world's most ethical by employing the homeless and offering beer brewed from leftover bread.

The Green Vic in London's Shoreditch district serves drinks supplied by social enterprises that donate to charity, and plant-based food. And it avoids sending anything to landfill by recycling and composting. 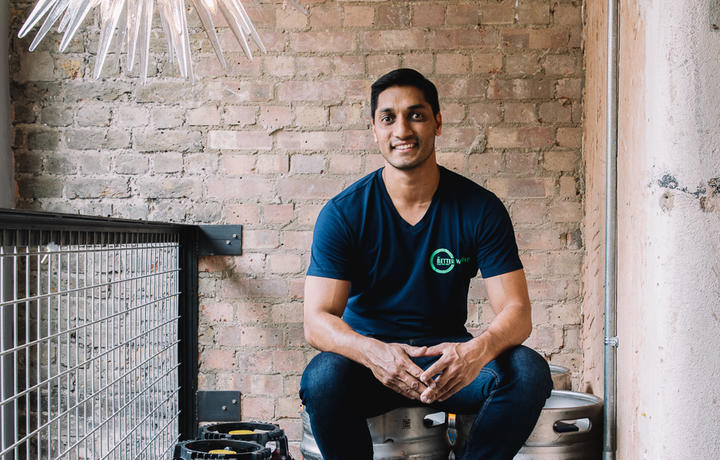 Randy Rampersad is the founder of the Green Vic in Shoreditch, London. Photo: supplied/Appear Here

It’s much harder and more expensive than a standard business model, Rampersad says.

“Generally you’ve got to pay a premium for it, just like Fair Trade and organic, and just trying to source it, obviously not everything is available in an ethical model.”

Rampersad says he travelled the world for five years before opening his pub, an experience which made him want to make the world a better place.

“I wanted to prove that you can have a business that can make a bit of money or survive or be profitable, but also be ethical in everything it does. It just frustrated me why corporates and big companies aren’t doing this already.”

He wanted to prove a point that it can be done, he says.

About 10 to 15 percent of the profit gets passed on to local charities, he says.

“About 40 percent of our turnover, from just buying things like toilet paper… will go towards charity and also any money reinvested in the staff wages obviously helps them as well.”

The alcohol that Rampersad buys for his pub includes beer from a brand that passes on 100 percent of its profits to a clean water project in Africa.

“The way that they can do that, they brew their products at BrewDog - they’ve given a section of their factory for free to help them.”

To help your charity beer go down even better is a full vegan menu including burgers, hotdogs, cheesecakes and a vegan cheese board.

“It tastes like junk food but its super healthy for you…it’s pretty cool stuff.”