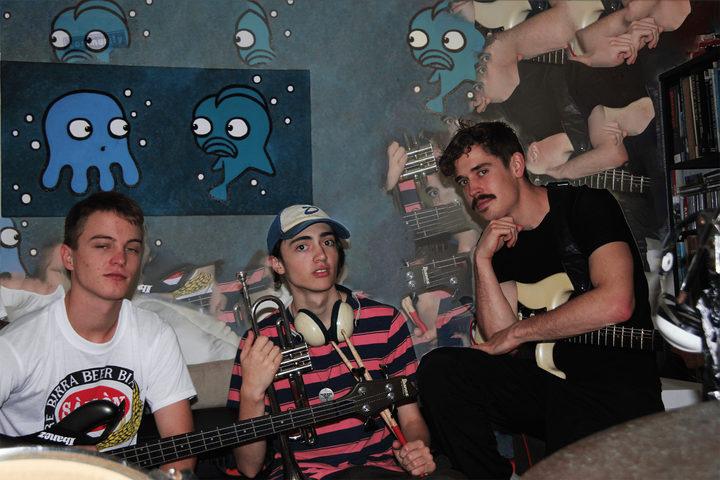 Formative Musical Experience: The Auckland underage gig scene from 2014-2015 is where we all got our start.

Mitchell was in the 2015 Smokefree Rockquest national finals in The Big Gus.

Cameron and Josh played together in the band Title Pending from 2012-2018.

We all went to Green Bay High School, which has a pretty swell music department.

Blu Fish are playing on the 28th of December at the release of the Coming Home poetry collection release by The Loose Leaf Poets.

Blu Fish will then be playing at the Titirangi Music Festival on the 29th of March 2019.

Their music can be found on Spotify and Bandcamp.