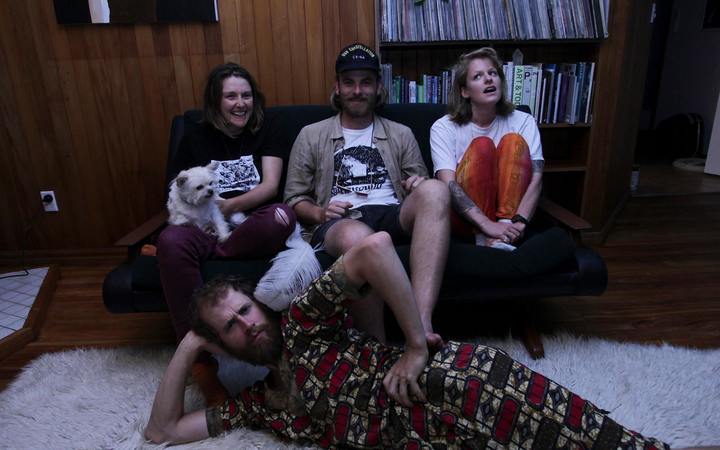 Name of project: Draghound
Real names: Emerald Rose Clark, Helen O'Rourke, John Wilson, Tom Jenkin
Age (of project): 1.5 years?
Hometown: Wellington
Associated acts/ Formative musical experience: We have all been in many bands prior! Collectively I would say over 10 bands? John, Tom and Emerald were all from Hamilton originally. Emerald was in Thunderdykes, Tom in Milktrain, John is still in Swamp Doctor, Helen was in big Rick.
Musical Guilty Pleasure: Bee Gees, Michael Jackson, Rick James.