Survival mode: Why some rural emergency services are under threat

Rural GPs and nurses are thin on the ground and the pressure on those trying to provide life saving emergency help is even more evident over the summer. RNZ's Otago/Southland reporter, Tess Brunton explores if they can continue as demand rises. 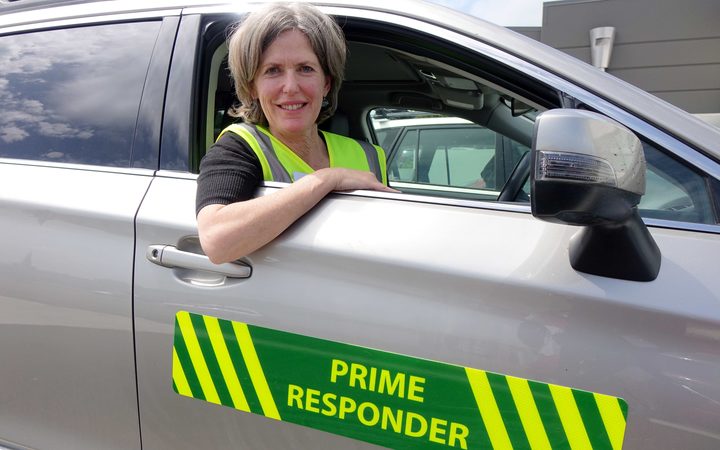 Dr Sarah Creegan was pulling her perfectly cooked turkey out of the oven one Christmas Day when her pager flashed and she rushed out the door, leaving her turkey and family behind.

She arrived to find her patient collapsing and vomiting.

It was messy and chaotic, but she got them the support they needed before heading home to rejoin the family festivities.

"So you get back and the turkey's not quite at its prime anymore and you've got to put all that vomit off to one side in your head and have a shower and put your Mother Christmas hat back on," Dr Creegan said.

Welcome to the life of an on-call rural Prime doctor. 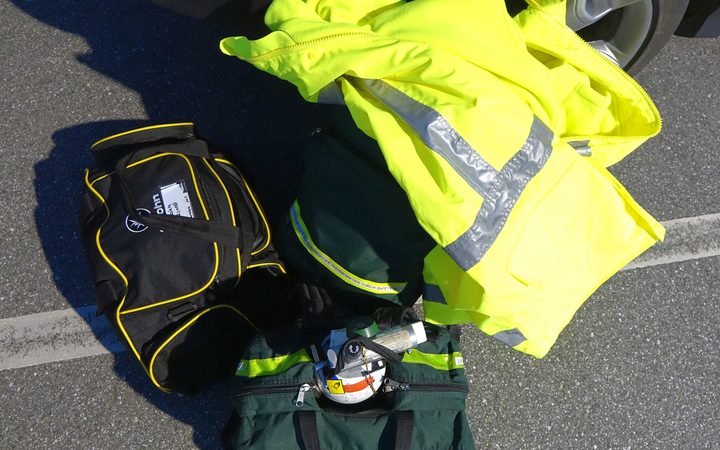 Prime is a 24/7 emergency medical service which relies on local doctors and nurses, who also have day jobs, as on-call contractors. The medics who are signed-up with Prime drop everything to attend call outs as and when they arise.

For rural communities, it's a lifeline.

Dr Creegan was a Prime doctor on isolated Great Barrier Island before moving to Waimate in South Canterbury, where she raised her family and established her practice while continuing her Prime work.

She's one of three Prime responders in the practice covering the service.

"There's a thing in the back of your mind all of the time that you're on call. You just tuck it in and get on with it. But you go to sleep with that thought that you might be woken up in the night," Dr Creegan said.

"You can't go and have a swim without thinking that you're away from your pager or your phone so you might need to ask someone to hold it for you and sing out to you, or you might just actually say 'I'm going to go for a swim and I'm not going to worry about it for 20 minutes'. But then you're going to look at your pager when you come back and if something's come in that time, how are you going to feel?"

Despite the pressures and stresses of the work - which is on top of her normal working hours, she says Prime helped her connect with and support her community. 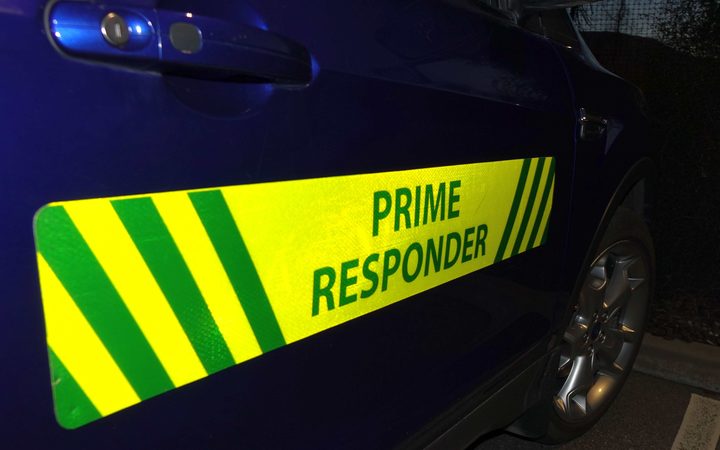 But it does have an impact on her family.

"I personally choose to do that work, my children never chose for me to do that," Dr Creegan said.

Yet, her work has inspired her daughter Anna Hulme to pursue a career in medicine - she's now a junior doctor; working as a second year house surgeon in Christchurch.

When I asked Dr Hulme what she remembers about living with a mum who's a Prime doctor, her 16th birthday was a memory that cropped up.

Her parents and brother were sitting at the table for a family dinner to celebrate when Dr Creegan's phone went off.

"Both of my parents run out the door because there's been a major crash just down the road and they're going to be first on scene and they had to be there," Dr Hulme said.

"Mum wasn't on call, but someone had died and there was someone very injured as well and so they needed her."

Despite this, Dr Hulme said she is considering specialising in rural medicine herself.

Her mother's work has taught her how vital Prime is for rural communities, she said.

She urged people to keep an eye out for green flashing lights and Prime signs on the road, and let them pass through.

"The other thing to know is that they have lives too, and that they're busy and they have jobs and they drop everything and they run and they're there when you need them."

It was 10pm when Prime nurse practitioner Kate Stark received an alert for a rolled campervan on the edge of Lake Pukaki near Mount Cook.

She hopped in her car, already packed with her medical bags, and drove up the road from where she was at the nearby town of Twizel. 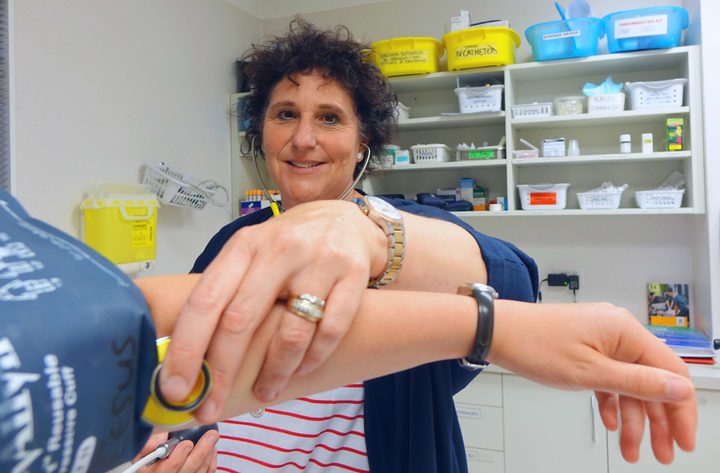 Nurse Kate Stark has been working for the Prime emergency service for the past 13 years. She regularly does shifts at Wanaka Medical Centre. Photo: RNZ Insight / Tess Brunton

There's poor mobile phone reception in the area, so the broken-up information being conveyed to her down the line for emergency HQ meant she didn't know how many patients were there nor how badly they were injured.

She arrived on the scene to find the campervan on its roof, wedged precariously against a fence above the lake with a girl trapped inside.

"The van had rolled on its side and she had her leg jammed through the window and we couldn't get her out," Ms Stark said.

"We had to go inside the van to treat her."

The front window was removed and Ms Stark climbed through to treat her.

"We couldn't actually see what was going on below her knee."

A helicopter from Dunedin was dispatched, but Ms Stark said all they could really do was keep her safe and comfortable in the face of up to an hour and a half long wait.

The van was lifted off, easing the pressure on her leg just in time for the helicopter to fly her to hospital.

When she checked on her patient, she was relieved to hear it was good news.

But the Prime responder service, provided by rural doctors and nurses like Sarah Creegan and Kate Stark is under pressure; funding has not kept up with increased demand.

Prime is allocated about $1.2 million annually to cover the 80 practices around the country, but supporters say that figures should be closer to $5m to make a difference on the ground. 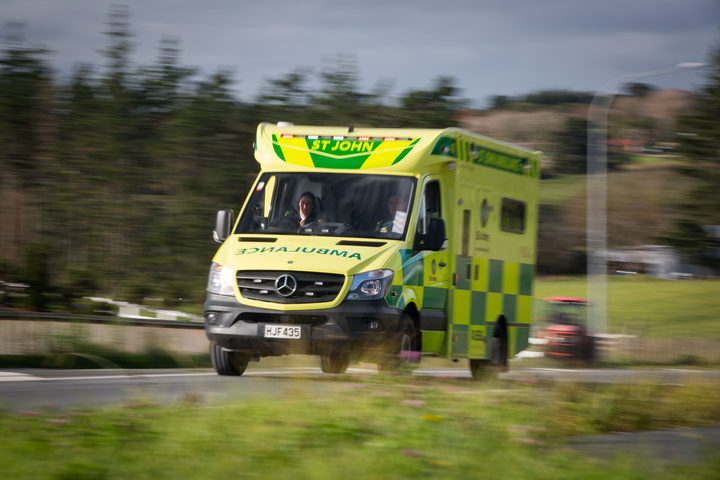 Figures from the ambulance service St John, which oversees the service, show that on average, Prime responds to 312 incidents per month and that's rising.

The service was reviewed three years ago, but it was under the caveat that all of the 190 recommended changes were made using its existing funding.

The Ministry of Health and ACC fund about 70 percent of the services and emergency part charges and fundraising covers the rest.

While the government has not ruled out additional funding, it's unlikely to occur until the review's recommendations are worked through.

St John is preparing a case to ask the government to increase funding to cover 95 percent of costs.

Until then, some Prime providers are considering whether they can continue their service without additional support. 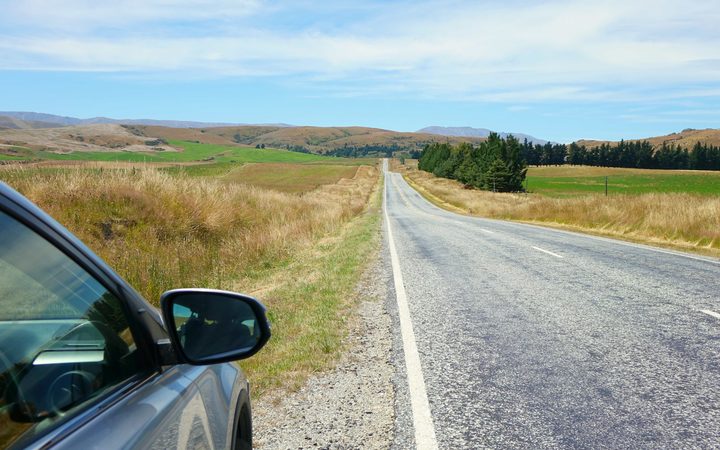 Kate Stark now travels more than two and a half hours from her Gore home in Southland to provide Prime cover in Wanaka.

Living in rural areas for the past 23 years had made her appreciate how people band together and offer their help.

"They're tight knit communities who rely really heavily on each other's contributions to the community and it's really nice to give back," Ms Stark said.

Her on-call work is exhausting, with normal life having to be set aside as her pager and patients take precedence, but, she says it's incredibly rewarding.

"It's so nice when you see someone that you might have referred to hospital and you hear the next day that they're sitting up in bed and they're feeling much better and you've made a difference to their actual health outcomes," she said.

"That's an important thing to remember when we are on-call and we're tired, that we're actually out there making a difference."