Insight: Farming and the Fight Against Climate Change

Climate friendly sheep could soon be romping around as part of the national flock as farmers take action to help reduce the carbon footprint of agriculture. 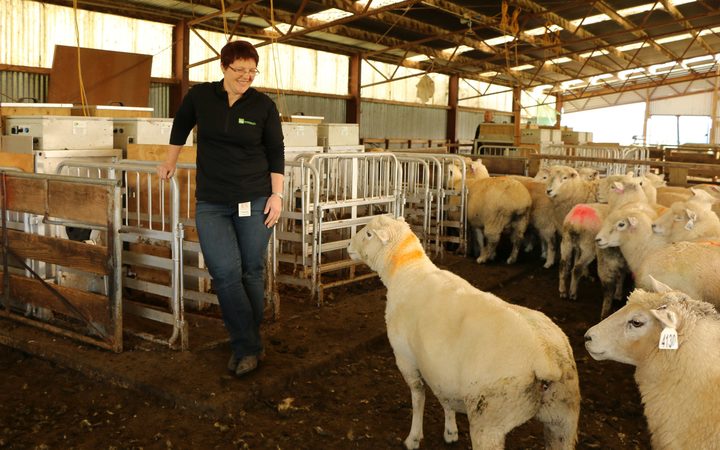 As the interim climate commission begins its work, one of its most controversial tasks is to determine how agricultural greenhouse gas emissions could be included in the Emissions Trading Scheme. At the same time, farmers have an increasing number of options to curb emissions.

On a farm south of Invercargill, a small flock of ewes that burp less methane – a potent greenhouse gas that makes up 76 per cent of emissions from the primary sector – is part of a research project to mitigate agricultural emissions.

AgResearch scientists at the Invermay Agricultural Centre in Mosgiel used transportable aluminium respiration chambers to screen sheep from flocks around the country to identify animals that naturally emit the lowest and highest levels of methane. They then used those two lines to breed separate flocks to see if the trait is genetic and if there are changes in the animals' productivity. 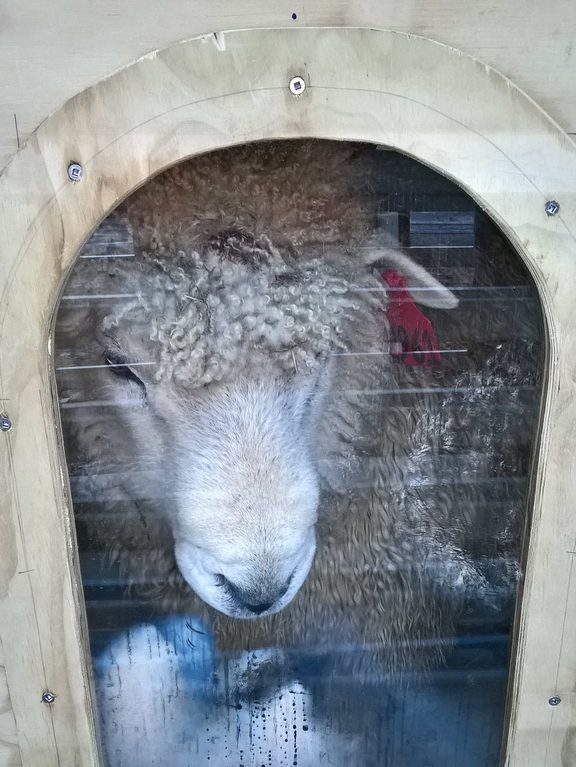 Sheep are kept in respiration chambers for less than an hour, during which their emissions are monitored automatically Photo: Supplied /AgResearch

The project has also shown that the trait is inheritable. What’s more, the climate friendly ewes could be worth more.

“We’ve looked at all the standard commercial traits that one would look at in a sheep flock. What we see in the low-emitting animal is that … she tends to be a bit leaner, she tends to grow more wool, and she tends to actually be of higher value,” according to Suzanne Rowe.

The senior scientist said the next step was to validate the initial results.

“It looks at the moment that the low-emitting flocks are considerably more profitable than the high-emitting flock, but we only use four rams per year, so what we’re doing now is measuring many more animals in many more flocks and taking it much wider to see if those results stack up.”

The team is working with Beef and Lamb NZ to incorporate the genetic information they gleaned from the low emitters into broader breeding values that could be offered to commercial farmers. This is so they can have a DNA test of their sheep and discover a breeding value that tells them how their sheep compare for methane emissions.

It will take a few more years before low-emitting animals can be introduced into the entire national flock, and even then, breeding is a slow process and won’t reduce emissions quickly.

Other technologies under development that could make a bigger dent into farm emissions include research into methane vaccines and chemical inhibitors that throttle methane production in the rumen, the first chamber of the stomach of cud-chewing animals. 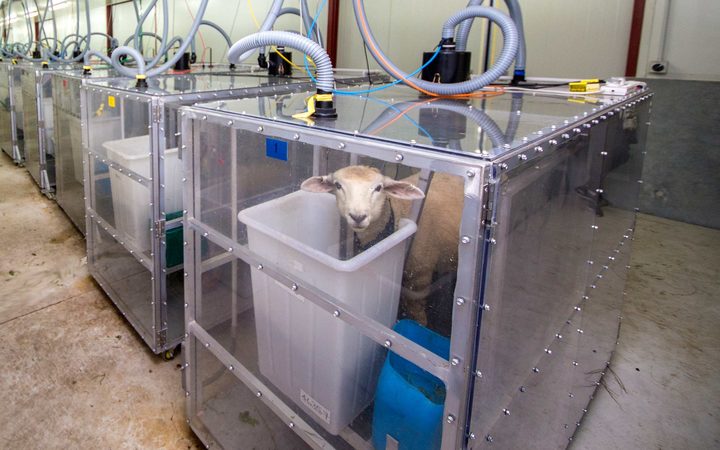 This sheep is part of another research project that investigates food additives that suppress methane production in the rumen, the first chamber in the stomach of cud-chewing animals like sheep and cattle. Photo: Supplied / AgResearch

Mark Aspin, from the industry-led Pastoral Greenhouse Gas Research Consortium, said a methane inhibitor developed by a Dutch company could be available as early as next year, but it had to be added to the animals’ feed, which wouldn’t be practicable on New Zealand farms. Research here focuses on a suite of inhibitors that could be administered through a slow-release mechanism.

New Zealand is unusual among developed countries in that half of our greenhouse gas emissions come from agriculture, mostly in the form of methane from belching sheep and cattle and nitrous oxide from animal waste and synthetic fertiliser.

Over the last two decades, methane production from sheep has dropped by 30 percent, reflecting the reduction of sheep numbers by more than half, from 60 to 27 million, as well as more efficient, and lower-emitting, production. In contrast, methane from cattle is on the rise as more farms convert to dairy.

A recent draft report by the Productivity Commission has called for changes to agricultural production to reduce emissions from the sector -- changes that need to happen if New Zealand wants to be carbon neutral by 2050.

Harry Clark is the director of the New Zealand Agricultural Greenhouse Gas Research Centre in Palmerston North and one of six members of the recently established Interim Climate Committee. The group will advise government as it prepares to introduce a Zero Carbon Act and a Climate Commission.

He said if one took a sector approach, dairy was responsible for recent rises in methane and nitrous oxide, while emissions from sheep farms have dropped. But he said agriculture as a whole was in a good place to tackle its carbon footprint.

“Emissions from agriculture actually peaked in about 2005 and the latest data shows that emissions are now 3.5 percent below 2005 levels, so they are not on some trajectory that is inevitably rising.”

This Insight was made with a grant won by Veronika Meduna from the Aotearoa New Zealand Science Journalism Fund.