The effects of climate change are already being felt in New Zealand's cities. And in Auckland, with higher density housing needed on the available land, developers are having to make sure their plans are water-tight. 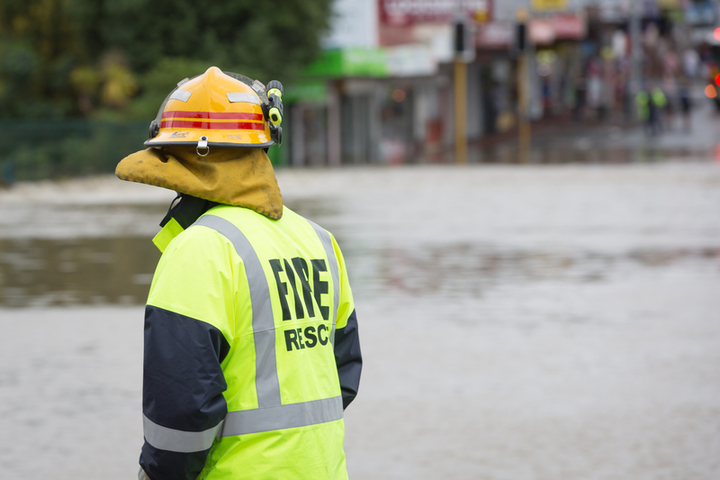 In March, flooding and slips caused by heavy downpours brought damage and disruption to many areas of Auckland.

Residents had to flee when water rose up through the floor and parts of the city were cut off because of floodwaters and damaged roads and infrastructure.

Auckland Council figures show 16,000 Auckland homes are flood-prone and Ministry for the Environment's climate change projections suggest there will be more flooding of the city's streets as stormwater systems fail to cope with increased heavy rainfall.

Chemicals washing off roads, and from roofing and cladding, also add to the toxic mix of contaminants making its way into streams, rivers, estuaries and harbours.

But with a fast growing population and a building boom underway, some say Auckland is in a better position than most to build a climate change resilient city.

She headed-up the production of the Water Sensitive Design Manual - Auckland's guide to urban planning that aims to cut down flooding and the destruction of ecosystems as land-use intensifies.

New rules that came in with Auckland's Unitary Plan mean new developments cannot produce any more run-off than than would have happened prior to the build. 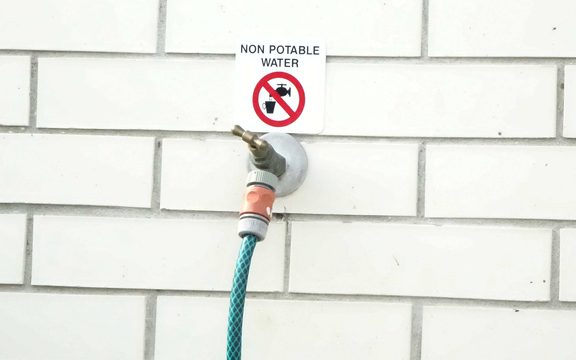 Use of the design model is already underway in developments like Long Bay and Hobsonville Point.

Dr Silyn-Roberts said both subdivisions used multiple devices from what's known as a "treatment train" to slow down, cool down and purify water as it runs off roofs and roads.

Houses there were fitted with a large rain tank, usually built underground, or into landscaping, that captures rain water as it runs off the house and property.

The tanks, that have to hold a minimum of 3000 litres, collect excess water in a downpour and are plumbed into the homes as a non-potable source of water that can be used for washing machines, toilet flushing and watering the garden in drier times.

Residents may also see small savings in their water bills, she said.

Dr Silyn-Roberts explains what water sensitive design is and how it might transform urban our cities:

Along the streets, rain gardens are planted, between the road and the footpath, where a grass verge would normally be.

The verge area, filled with water-loving plants like rushes and irises have a small cut out in the kerb so water can drain in from the road. 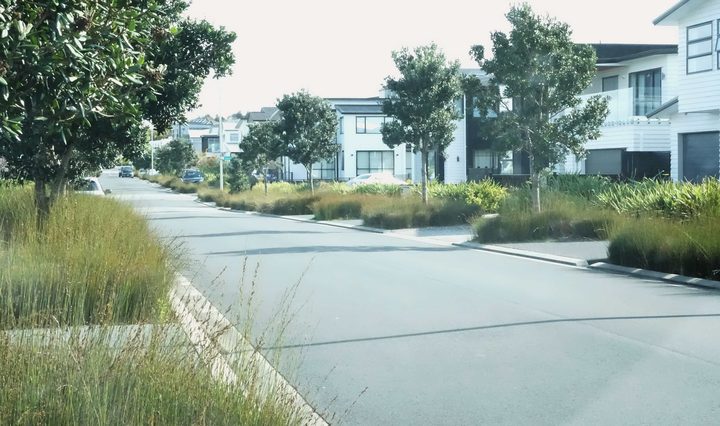 The gardens, which sit slightly below the level of the road, capture excess water, while the roots of the plants act as a 'biofilter', which cleans out contaminants before they reach the stormwater pipes underneath.

Water heated by the hot asphalt roads can be lethal to invertebrates and this system acts to cool it down before they came into contact.

The final step in the treatment train is a large wetland, the last chance to properly clean the water headed out to sea.

At Hobsonville Point, Grant Bailey, principal landscape architect with design studio Isthmus, said building wetlands was a real turnaround from past ideas, where developers would have drained swamps so they had more sections to sell. 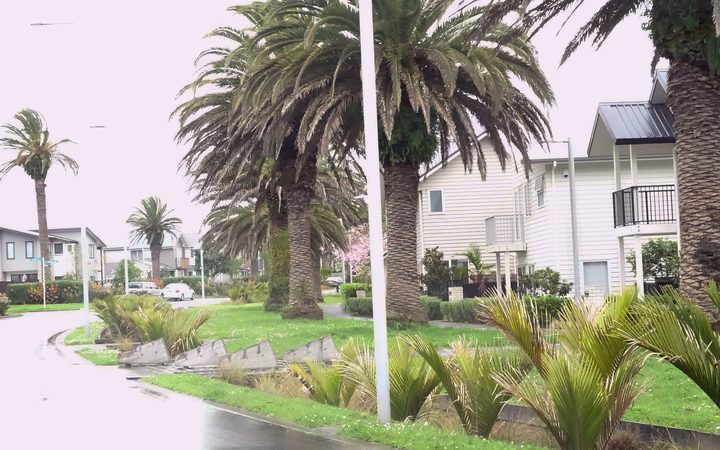 "Typically water was piped, hidden underground and seen as a problem, not an asset or something of value." he said.

People love to be near water so it made sense to make the wetlands a feature, Mr Bailey said.

"We're naturally drawn to water, we like to be in it, alongside it, we like to paint it, write poetry about it, so there's a big opportunity with how we approach masterplanning of our cities."

Dr Sylin-Roberts agreed that while the engineered wetland's primary purpose was to capture and purify large amounts of water, they also provided somewhere pretty to go for a walk or feed the ducks.

And for those selling real estate, a view of the water might bump up the price. 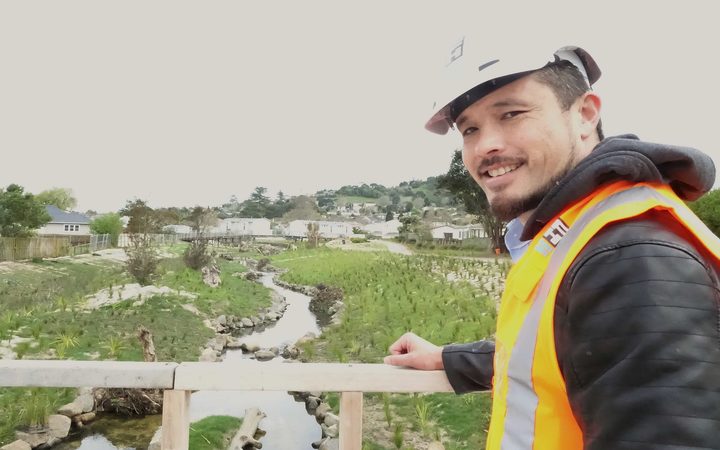 But how do you build flood resilience when you don't have the opportunity to start from scratch?

In an already established part of Mount Roskill, Housing New Zealand is planning to replace older houses and it's likely they will be putting a greater number of houses on the same amount of land.

Auckland Council Water Programme manager Andrew Chin said the housing area, which sits along Oakley Creek, frequently flooded and work had to be done to improve that before building could begin.

He said about 60 or 70 years ago the area, which had been a swamp, was drained and replaced with a narrow concrete channel which was overwhelmed during heavy rains.

The concrete has now been ripped out and the area excavated to make more room for the creek when it floods.

The once austere concrete channel is now curved, and native shrubs have been planted along the edge to hold the banks together and provide shade for aquatic wildlife.

The $20m project sorted out a lot of problems, he said

"It fixes flooding, rehabilitates the stream and enables [housing] growth." 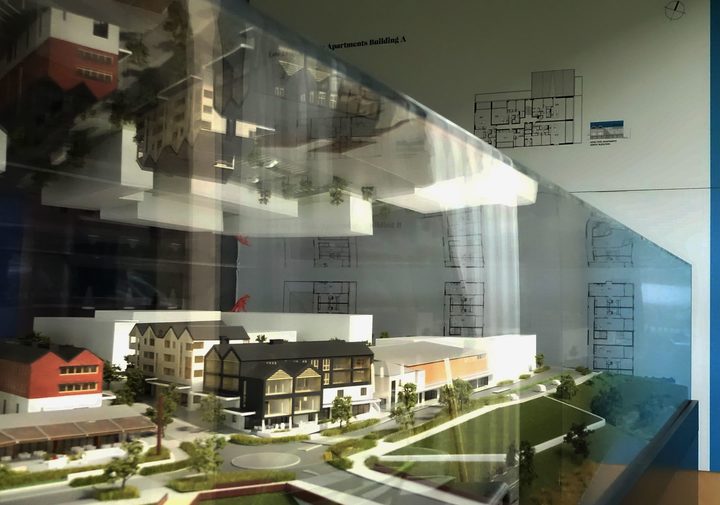 And he said it would also transform the area from a shabby wasteland to something that would be an asset to the community.

"If people valued these spaces, they don't fill up with shopping trolleys and litter.

"A lot of the design is to try and create that 'passive surveillance' so that people feel safe when they come here and it's attractive too.

"It's not only providing those environmental benefits, the amenity side of it is almost just as important so people value the area too."