Insight: Targets and Standards - Schools After 9 Years of National Government

The school system has been under constant change since National came to power in 2008.  For Insight, our education correspondent asks whether schools, and children, are better off. 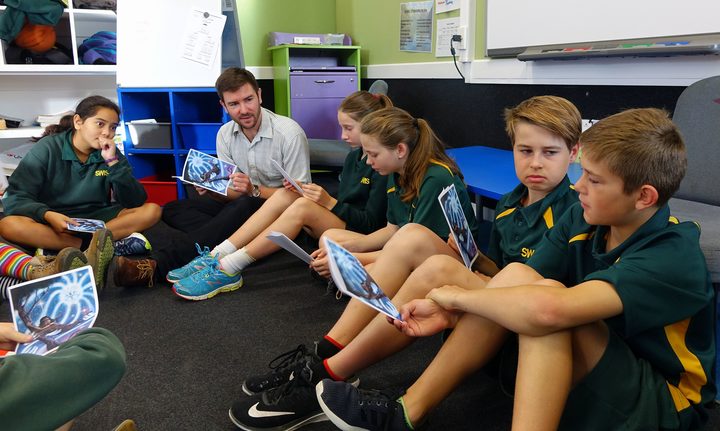 From the couch of her fifth-floor Beehive office, Education Minister Nikki Kaye offers a chocolate bar before beginning our interview and pulls a shawl across her legs.

It's cold in Wellington tonight and as she tries to keep warm, Ms Kaye admits that being the actual minister, as opposed to the associate role she held under then-minister Hekia Parata for four years, is a big step up in responsibility.

Nikki Kaye is the third National Party MP to call the shots in education since Anne Tolley first took up the job, and she is no doubt the school system is better off now than it was in 2008.

"We were handed a pretty old system. It was clunky in terms of both legislative regime, the infrastructure regime, but also the ability to monitor performance and raise achievement," she said.

Ms Kaye said National's time in charge of education so far has been characterised by changes in three main areas. 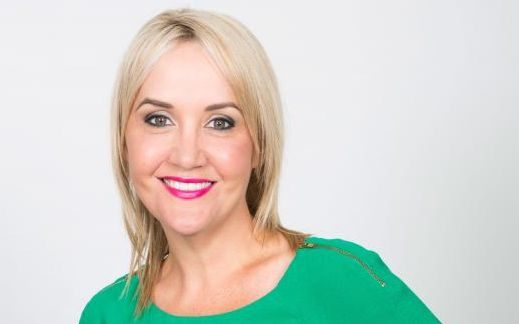 "The first is lifting achievement, so that's been a hallmark of our government, whether it's the introduction of National Standards or the lift for Māori and Pasifika in particular. That's been one big theme. The second is participation and early childhood and then I'd say the third is the upgrade of infrastructure, that's both digital and physical property."

Certainly things have changed a lot in education under the National Party's leadership.

And they found themselves with a multi-billion-dollar building problem caused by a combination of the Christchurch earthquake, leaky classrooms and rapid population growth in parts of the country.

School leaders and researchers told RNZ there had been positive changes, but they disputed the extent to which those improvements were because of - rather than in spite of - the government.

The Post Primary Teachers Association has traditionally been no friend of National governments but its president, Jack Boyle, said the impact of nine years of National Party education ministers had not been as negative as he had expected.

"It's not as bad as I thought it would be but that's largely through teachers, young people, communities, boards of trustees doing what they know is right rather than adhering to the policy and direction mandated by the government," he said.

"What I think National has been able to do is to say 'we want to change' and some change is a good thing." 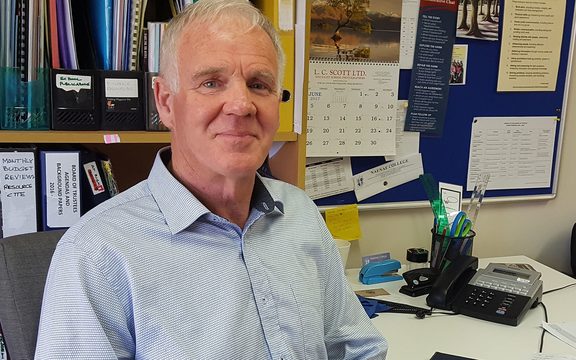 But he said the government's targets for NCEA achievement put too much pressure on schools to get students across the line with qualifications that might not lead anywhere.

At Naenae College in the Hutt Valley, its principal, John Russell, also had reservations about rising NCEA pass rates.

"If you look at the nature of the courses that are being done and what is getting students across the line then it is quite a different bundle than what it was historically."

But Mr Russell said schools were better at their core job of teaching than they were in 2008.

"Schools are strongly focused on learning outcomes, they are far smarter at using data and looking at evidence and thinking through and thinking carefully about their pedagogical practices," he said.

"All in all we're in a much healthier state with a lot more to be done."

At South Wellington Intermediate School, a group of Year 7 to 8 children are reading aloud the story of Rona and the Moon.

They were the first cohort of children to start their schooling after the National Party won the 2008 election and their principal, Traci Liddall, said schools were "definitely not" better off than they were back then. 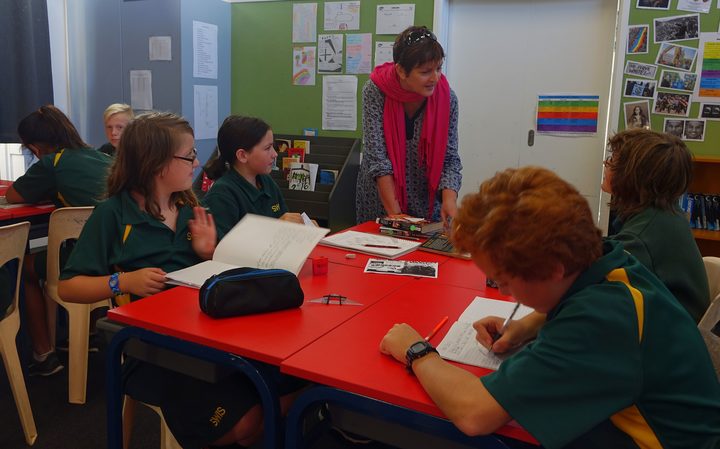 She believed funding had reduced and the curriculum was too focused on reading, writing and maths.

A senior researcher at the Council for Educational Research, Cathy Wylie, said schools were generally doing a better job than they were nine years ago, but they were getting too little support.

"There's a real sense of something changing and much more attention I think to Māori and Pasifika learners, that's been really for the better, but we just haven't given them enough support to really develop that capability, that's what comes through again and again."

The head of Waikato University's school of educational leadership and policy, Martin Thrupp, was more pessimistic.

"Education is in worse shape now at every level actually than it was in 2008 when National and its coalition partners came to power. From early childhood to tertiary I would say the situation is pretty dire, grim perhaps, going to hell in a handbasket mightn't be going too far," he said.

Professor Thrupp said the government was slowly privatising the state system by contracting out teacher training and even schooling itself by way of charter schools.

That concern about where National was heading was shared by the president of the Principals Federation, Whetu Cormick.

"Since this National government has come in, there's an increasing control over what occurs and with the Education Act update we are conscious that there could be further changes around and further control measures put in place." 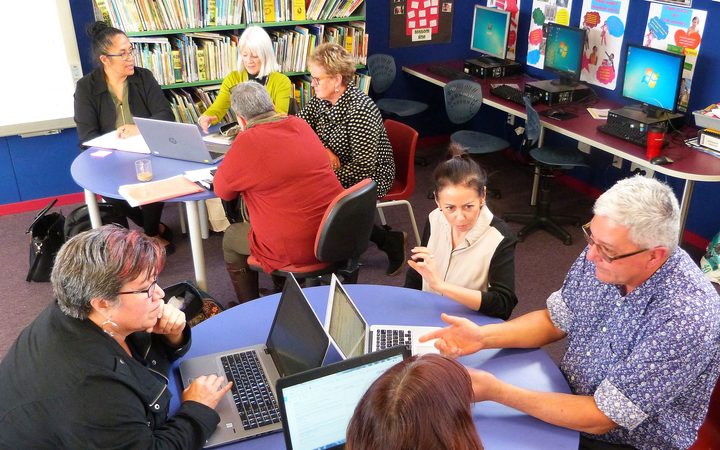 Principals from Porirua East meet to work out how to implement some of the government's big strategies such as improving achievement for Māori and Pasifika. Photo: ( RNZ / John Gerritsen )

Nikki Kaye said her job now was to bed in changes to the Education Act, and the Communities of Learning policy, which puts schools in groups and pays some teachers and principals more to lead changes.

But she said further change was inevitable to keep pace with a changing world.

Digital technology would be one key area for further work, and so too would teacher quality.

"We are going to be having a conversation about lifting teacher quality and the Education Council are going to lead that," she said.

"We need to make sure that every teacher in front of a group of children is the best possible."