Sebastiaan and Heather Boer are a working professional couple in Auckland and consider themselves lucky to have just moved into a low-cost first home.

They signed up last year for a new four bedroom house being built by the Housing Foundation in the Waimahia Inlet affordable homes development in Weymouth, south Auckland.

The couple paid $460,000 for one of the free-market homes being built by the not-for-profit organisation, but say with rising prices in the intervening year, they'd struggle to buy-in now. 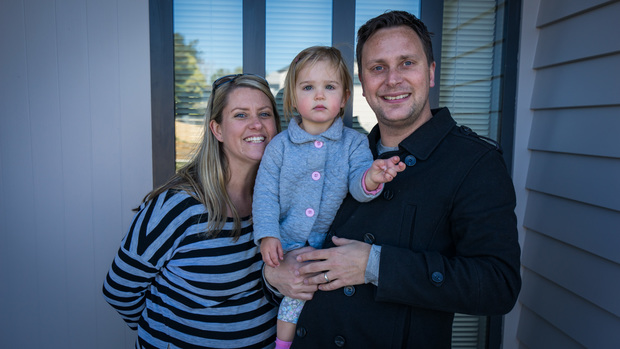 "I think it's really sad that a normal couple both earning money - that a lot of people can't do it, and may have to leave Auckland," said Ms Boer.

Auckland is estimated to be up to 30,000 homes short, and despite consents rising annually to reach more than 8,000 homes, the city needs 13,000 a year for the next couple of decades.

The most influential single player in Auckland is Housing New Zealand, which owns 38,000 homes, many of which sit on large sections ripe for redevelopment.

It is working over the next few years on largely smaller redevelopment sites, mostly declared as Special Housing Areas under the city's Housing Accord, which fast tracks higher density planning conditions and consent processes.

It also has a large greenfield development at McLennan Park, where social rental housing and homes for the free market are to be built in stages. 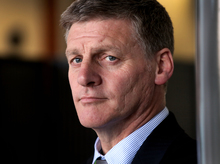 The Minister responsible for Housing New Zealand, Bill English, said the agency had picked up its build rate from a low of only several hundred homes a year.

"It's not where we or they would want them to be but they have ramped up considerably," Mr English told Radio New Zealand's Insight.

"It is possible to go faster. Those are the type of discussions we are having with Housing New Zealand now. There have been changes on the board there, as that settles down, the importance of getting this moving fast is a top priority for the government. But we can't forget the tenants."

The co-leader of the Green Party Metiria Turei, who is also its housing spokesperson, said the agency was constrained by government policy, and by having to pay a $118 million dividend back to the Crown.

"If Housing New Zealand was freer to use the money that it had, it could build new places, and fix up the old ones, it would have a better relationship with community organisations and with the tenants, and be increasing the housing stock and improving its quality."

Housing New Zealand said it is being slowed by factors including uncertainty over how densely the land can be filled with housing. This will emerge next year when the city's new rulebook, the Unitary Plan, is finalised.

Constraints around inadequate sewerage and storm water in some areas are also holding up the process.

The government's first policy to try to tackle Auckland's housing shortage - estimated at 20,000 to 30,000 homes - is its two-year-old Housing Accord with the council.

Building and Housing Minister Nick Smith has argued that a boost in land for housing, and fast track planning processes will accelerate home building and ease rising prices.

Two years in, the Accord is largely on target to have helped consent 22,000 homes or residential sections, but the median price of houses sold in the past year has climbed by 20 percent.

Changes are in the pipeline, but it is still unclear how much of an impact they will make on forecasts that 40 percent of the 400,000 extra households expected to be set up in Auckland by 2040, will not be able to afford to buy a home.

The Unitary Plan is expected to allow higher density housing across much of the city. 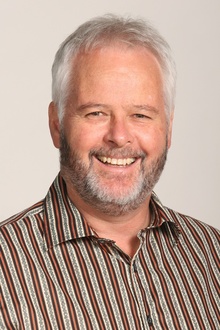 David Gibbs is the chair of the Institute of Architects Urban Issues Group Photo: Supplied

David Gibbs is the chair of New Zealand Institute of Architects Urban Issues Group, and an advocate for good design and higher density as a way to build more affordable homes.

"A typical terrace house requires a site of 180 square metres, whereas a smaller standalone home needs 280. There'll be typically a $100,000 difference in the land price in favour of the terrace house," he said.

An important new player is the Tamaki Collective, representing 13 iwi across Auckland. The collective is behind the Waimahia Inlet development, and under a new protocol with the government has the first option on being the developer for further Crown housing land.

The government wants 20 percent of homes to be social rental dwellings, and a further 20 percent to be "affordable" for open sale.

None of the four sites unveiled so far are as large as Waimahia, and the collective said important detail was not yet known. 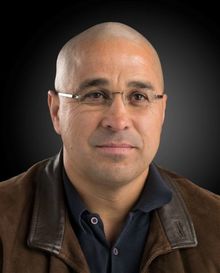 Paul Majurey is the chairperson of the Tamaki Collective Photo: Supplied

"We have a general sense that the acquisition of the properties will be at commercial rates," said the collective's chair, Paul Majurey.

"We also have a sense through our agreement as to the social and affordable components of 20 plus 20 percent up to 40 percent. As to the terms of acquisition at a detail level, the milestone of payments, the ability of the Crown to recognise the social and affordable component in the price, those are the things we are waiting to see what the Crown delivers."

The government had in May said it wanted development on the first site in Massey, west Auckland, to begin in October, but the process had been temporarily delayed through court action by Ngati Whatua, which has now been withdrawn.