Insight for 23 August 2015 - The Rise of Phoenix Companies

Amongst the stalls of partially-built scaffolding and demonstrations of diggers, hundreds of construction industry reps swap contacts and stories over lunch.

It's Civil Contractors New Zealand's inaugural conference in Taupo and, along with the sales pitches, there is talk of 'phoenixing', an increasing popular way for companies to get out of paying bills and staff.

Listen to Insight: The Rise of 'Phoenix' Companies

This illegal method of escaping financial responsibility has a significant affect on contractors, according to CCNZ executive officer Malcolm Abernethy.

"It seriously affects the contractors' cash flow," he said.

"It affects the ability of the contracting company to invest in plant and also the capability of their workers in terms of training and so forth - they just can't invest."

Phoenixing is a legitimate way of transferring assets from a failing company to a new one, but it is illegal if the director is the same person, and the new name is similar or identical.

It leaves the old company as a shell in liquidation, which is unable to pay any debts it owes. 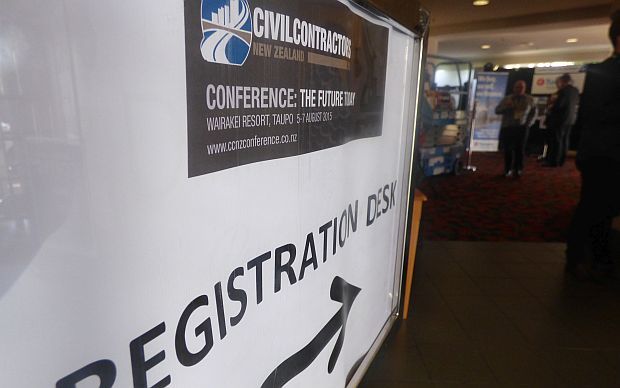 In his mildest language, CCNZ president Dave Connell branded them "ratbag companies" and revealed he was caught out by one when he first started out, some 30 years ago.

Mr Abernethy said some companies would even take to the courtroom to postpone making payments before going under.

"The smart developers and their smart lawyers can use the court system to delay payment and the longer they delay payment, the more time they have to take any funds that that development company holds, and squirrel it away to some other legal entity somewhere else.

"That becomes the problem because then it gets to a final payment and they just simply put their hands up in the air and say we don't have any money... And then they wind the company up and start again."

He said payments needed to have more priority.

"My view is that if a court finds that one party has to pay the other party, then there should be a requirement that the money is paid before any appeals go to a higher court, a Court of Appeal, a Supreme Court, whatever it may be.

"If for some reason it is a little doubtful, then it could be put into a trust until such time as the dispute is finally settled." 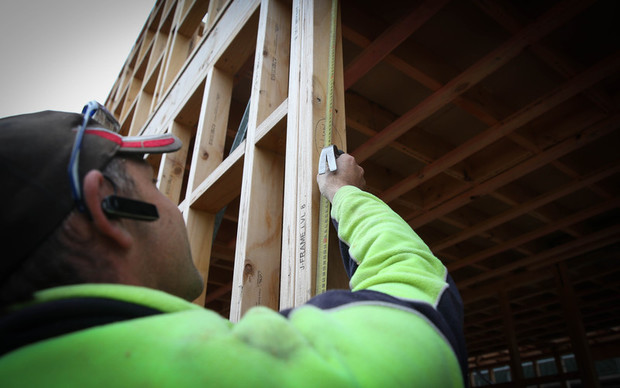 Since the beginning of 2012, there have been eight prosecutions under the phoenix clauses of the Companies Act.

Five have been successful, with sentences including a $5000 fine, community service work and home detention, while some people were convicted and discharged.

The Ministry of Business, Innovation and Employment (MBIE) recognises the tactic of illegal phoenixing is a growing problem, but says there have not been more court cases because it is an emerging phenomenon.

David Milne, who is the manager of MBIE's northern labour inspectorate and is based in Auckland, said the move was also used to avoid paying exploited workers properly.

"It's a means for employers to avoid paying entitlements. It's even more telling when you start to hold them [to] account for arrears you've found them owing, and then they actually close the business."

Mr Milne said labour inspectors worked in the civil jurisdiction and could impose fines, but he wanted them to be able to do more - banning directors from being able to run companies in the future, and therefore taking them out of the cycle of exploitative management.

He said tightening up the insolvency sector might also help.

For labour inspectors to push an investigation forward, they may need the permission of the liquidator for certain information. Mr Milne said, based on past records, in nine out of 10 attempts they would not get permission so they could not go any further.

"It's just in our experience, recently, with some of the liquidators in some of the key cases we've taken, we've found their behaviour almost bordering obstruction.

"When it comes to actually taking further actions in the liquidation space, our ability to hold employers to account is extremely limited, virtually nil."

The Restructuring, Insolvency and Turnaround Association is planning to put a register in place by the end of September.

To be registered, a practitioner will require 1000 hours of practical experience in the previous three years, and must be deemed "fit and proper".

It was due to come into force in January, but has been delayed until the end of September.

In the meantime, the advice from CCNZ's Malcolm Abernethy is to be vigilant.