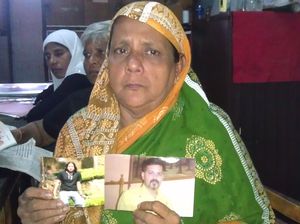 The recent Commonwealth Heads of Government meeting in Sri Lanka was dominated by debate about human rights abuses including alleged war crimes,  intimidation,  and in some cases even abduction.

Despite Sri Lanka's assurances  it is making progress towards a peaceful and stable society since the end of its three decades-long  civil war in 2009, the nation is second only to Iraq for political disappearances.

Leaders from India and Canada boycotted the meeting.

Was attending the right decision?

Radio New Zealand's chief parliamentary reporter, Jane Patterson, travelled to Sri Lanka and followed not only the diplomatic exchanges, but also spoke to families who have had sons, daughters and husbands abducted.