The government is being accused of "dragging its feet" over its pledge to convert its huge vehicle fleet to electric. 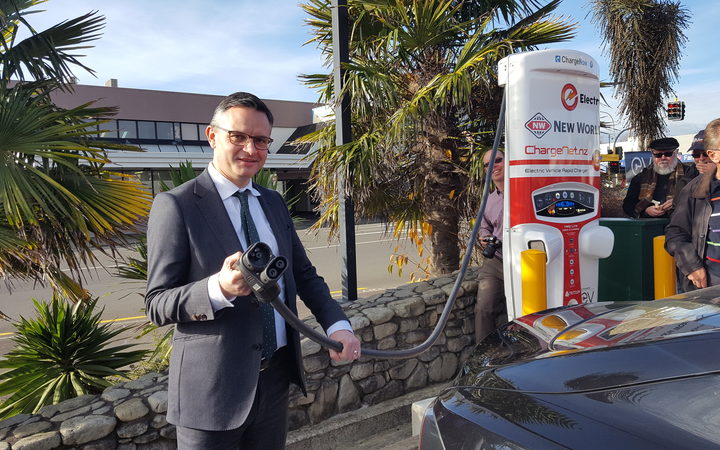 Following the election, the coalition parties committed to rolling over the 25,000 vehicles, where possible, to emissions-free by 2025.

However documents, released under the Official Information Act this week, showed government organisations have been reluctant to make the change.

Listen to the full Focus on Politics documentary here:

Agencies were reluctant to shell out for the expensive vehicles and the charging requirements that come with them, a briefing from the Energy Efficiency and Conservation Authority (EEC) said.

Only 226 EVs were registered to government organisations - less than one percent of the total fleet.

"Even with cheaper running costs, the investment is presently hard to justify for most EVs in the market."

National MP Jami-Lee Ross said the government talked a big game, but had yet to deliver any meaningful change.

"The government needs to stop dragging its feet," he said.

"If there's a serious desire for a reduction in emissions in the vehicle fleet in New Zealand, the government should be leading the way."

She said public sector bosses needed to stop focusing on the high cost of electric vehicles and instead prioritise the long-term benefits.

"We need to take a more holistic view of the benefits to New Zealand in general," Ms Genter said.

"Maybe it's five grand cheaper to get the internal combustion engine vehicle but actually the lifetime benefits to the fleet... are far greater."

The minister responsible for the government fleet David Parker was not available to comment, but a spokesperson said uptake would improve along with the technology.

"The government will work with suppliers to increase the range of vehicles available and help agencies understand the whole of life ownership cost of EVs," the spokesperson said.

The push to electrify the government fleet forms part of a wider commitment to increase the public uptake of electric vehicles.

The former National government set a goal of doubling the EV fleet every year to reach 64,000 by 2021. New Zealand is currently tracking ahead of that target.

"I think we can do much better than that," she said.

"We're in the process of investigating what other support government can offer to ensure we are bringing in cleaner cars."

"We can't get to the zero emissions carbon goal without switching over the ground vehicle fleet to electrics. You just can't get there," he said.

"We think that means about 95 percent of vehicles in the year 2050 will be zero emissions vehicles."

The Productivity Commission recently publised a draft report looking into the transition to a "low-emissions economy".

"To electrify the bulk of the light vehicle fleet by 2050, nearly all newly registered vehicles (including used imports) would need to be electric by the early 2030s," the report said.

Both the United Kingdom and France last year committed to banning the sale of petrol and diesel cars by 2040.

Ms Genter said the government was considering following suit, but was leaning more towards targets rather than a hard and fast ban.