Becoming part of women’s sporting history wasn’t at the forefront of Megan Compain's mind when she was selected to compete in the inaugural year of the WNBA - the counterpart to the NBA in the United States.

“I should have kept my memorabilia,” laughs the former Utah Starzz basketballer.

But despite leaving her uniform in a cardboard box back in the U.S more than 20 years ago, Compain still remembers what it was like to don the jersey and being handed her own gear. 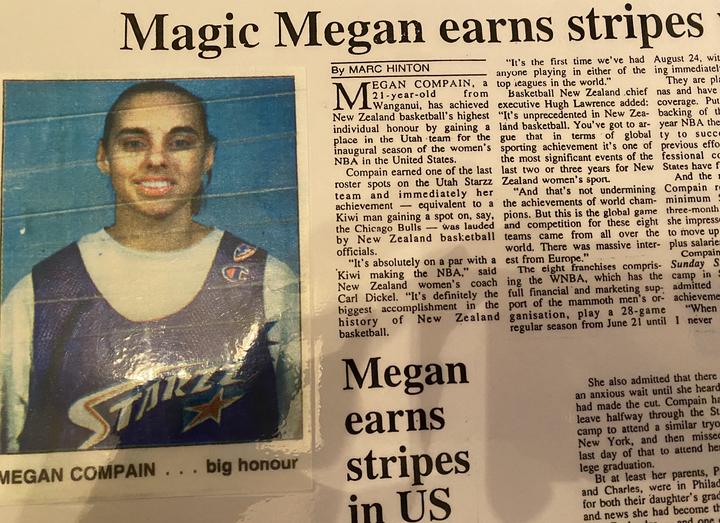 Megan makes the news as she wins a spot in the Utah Starzz. Photo: Courtesy of Megan Compain

“You were kitted out from head-to-toe and you didn’t have to bring your own socks and sneakers...there was this incredible feeling of pride, pulling on my training jersey with my number, and that WNBA badge on it,” she says.

It was 25 years ago, on the 24th of April 1996 that the announcement was made about the formation of a women’s basketball league. At the time, there were no other professional opportunities for women in basketball, unless players opted to go to Europe after College, or compete in the Olympic games.

For women, that only became an option from 1976. 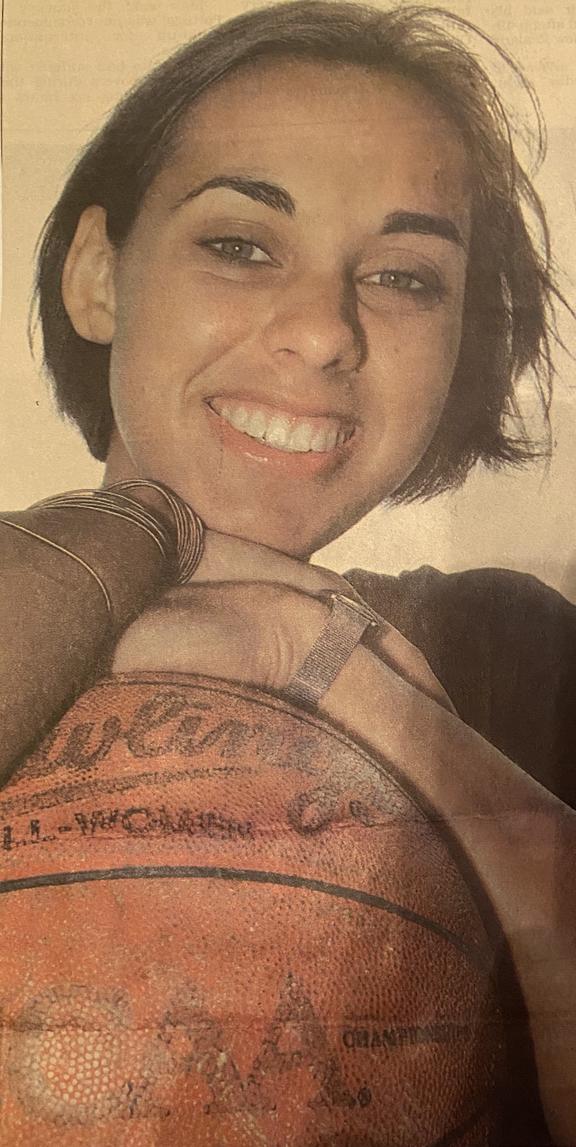 Post-WNBA season in 1998 Megan is captured in an article as she heads to Germany. Photo: Courtesy of Megan Compain

The prospect of playing for the WNBA was a chance for women to be recognised in the sport.

There would be eight teams, and twelve players on each roster. The only downside - there were only two spots available per team.

Compain says the top players who were already competing internationally would take a majority of the spots, so the competition for the remaining selection was tough.

At only 5 ft 9” she would find herself competing against much taller athletes, which meant she would be put through her paces in a sea of 300 to 400 girls, all vying for selection by NBA scouts.

“You’ve got to wrestle your own team mates to showcase what you can do,” says Compain of the rigorous weekend trials held around the country.

As with the men's teams in the NBA, players who were competing for the WNBA had their eyes set not only on winning these coveted spots, but also playing for particular teams.

“We all joked that anywhere but Utah would be alright,” she laughs.

“That night of my graduation, the Utah team called and told me I’d made it,” she says.

Despite the team not being Compain's top pick, she was elated.

That was 25 years ago now, and for this Whanganui-born-and-raised sportswoman, basketball has been a passion and a career that has taken her all over the world. She has competed in the 2000 and 2004 Olympic Games, and has played professionally in Europe.

While studying and playing for the WNBA she also found herself mixing with top players and celebrities, including a young Kobe Bryant and Canadian, eight-time All Star, Steve Nash.

But her life today would be very different, had she not left Whanganui as a wide-eyed 16-year old when she headed to the United States for high school and college.

One of the motivating factors was escaping a sense of isolation in a small town.

“It was an easy decision at the time,” she says.

“It was really tough at home and tough living in Whanganui, I just had bigger dreams than that.”

Find out more in the latest episode of RNZ podcast Eyewitness to hear about Megan Compain’s career, the time she watched Michael Jordan play in what became known as the Flu game, seeing a young Kobe Bryant become an overnight superstar and the highs and lows of life playing in the WNBA.