Shoot Straight and Tell the Truth

The 1972 Munich Olympics was meant to be a festival of summer sport. 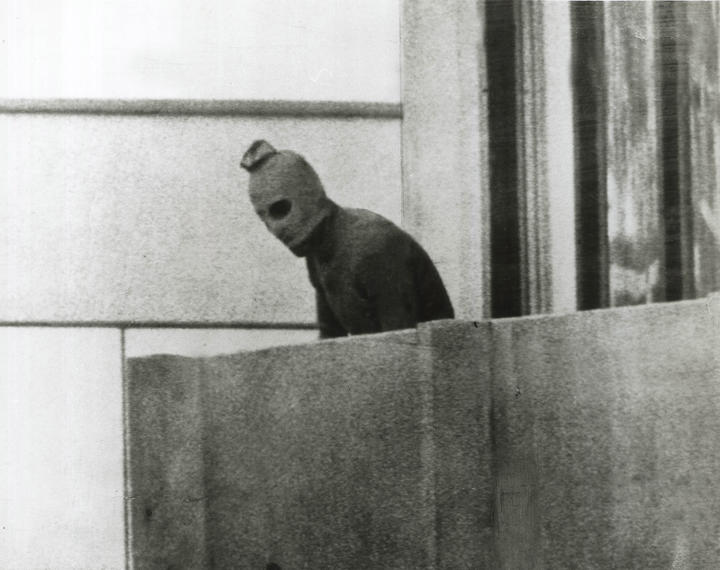 A Fairfax photographer captured one of the defining images of the Munich Olympics in 1972. This Palestinian is one of a group that had taken 12 Israeli athletes hostage. Photo: (Photo by Russell Mcphedran/The Sydney Morning Herald/Fairfax Media via Getty Images via Getty Images)

“I was brought up to shoot straight and tell the truth,” says Bruce McMillan (76) -  a professional target pistol shooter based in Whanganui.

McMillan’s shooting career began in the mid 1960s. A recreational pistol shooter today, he has competed in two Commonwealth Games, a world champs, and was one of 89 Kiwis competing at the 1972 Summer Olympics in Munich.

This particular Olympic Games had been the biggest at the time, with more than seven thousand competitors and it was an event kicked off to a celebratory start with an impressive venue.

“The atmosphere at the Games was absolutely fantastic...it was a summer festival of sport,” recalls McMillan.

By the time the Olympics were halfway through, McMillan had already completed his part of games.

“I finished in the middle of the field with the world champion close to my score,” he says. 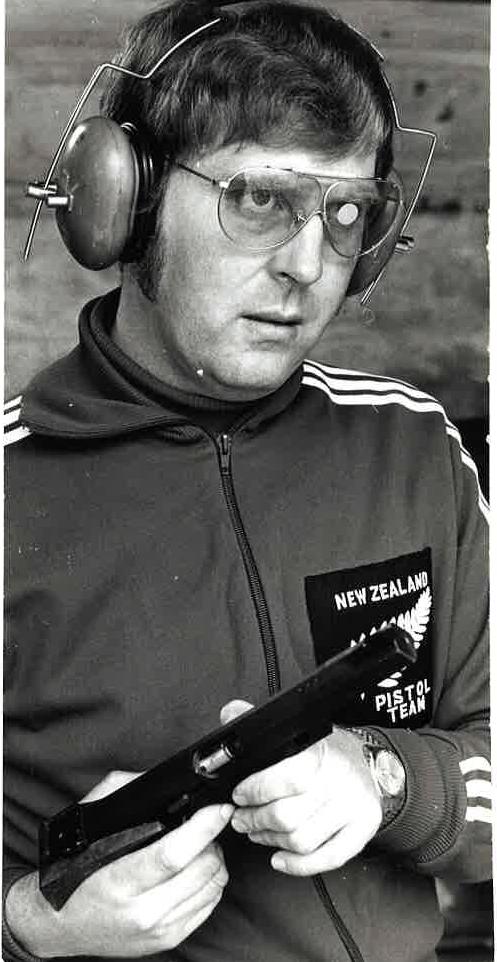 Bruce McMillan as a member of the New Zealand Pistol team in the 1970s. Photo: Fairfax Media NZ

Josef Zapedski, a cavalry officer from Communist Poland, had taken out the title, winning a new Olympic record of 595 out of 600. McMillan says Zapedski wasn’t the most talkative man, but given the Cold War was taking place, and Poland was bleak, this was almost to be expected.

But it was on 5th September 1972 that the atmosphere at the Olympics would turn sour.

It was dawn and there was a bit of commotion taking place outside. People were being shooed away by police, according to McMillan who headed outside to take a peek.

“That’s when I got shouted at,” he says.

“A very well-built policeman in a leather overcoat was shouting at me to stay in our quarters.”

McMillan only knew a few words in German and couldn’t make out what was going on. But when he headed down to the village car park on a day trip out of the Olympic Village, he saw confirmation that something big had just taken place.

“They were bringing Weinberg’s body out on a gurney,” he says of Moshe Weinberg - the coach of the Israeli weightlifting team.

McMillan was staying in the men’s-only quarters, about 40 to 50 metres away from where the shooting had occurred. He never heard the shot that killed Weinberg.

Eleven Israeli athletes were being held hostage by members of a Palestinian group called Black September who were making a political statement calling for the release of just over 200 Palestinians and non-Arabs imprisoned in Israel.

“As far as I’m aware, Black September was a group of family members who had a grievance over annexation of property...they weren’t suicide bombers, put it that way,” says McMillan.

“The funny thing is, today they’re connected to some of the players involved in world [terrorism]."

But despite the hostage takeover, the Games carried on that day with most of the competitors being none-the-wiser.

For the hostages, it was a different story. They had been bound by their wrists and ankles and beaten so badly that some were later found with broken bones. The youngest was only 18 years old.

By the afternoon, word was getting around and McMillan received second or third-hand information through fellow competitors who were able to translate.

Palestinian kidnappers had gained access under the cover of darkness. They knew the whereabouts of the Israeli wrestlers and clambered over the surrounding metal fence. Although the weightlifters possessed physical strength, they couldn’t defend themselves against lethal weapons.

“When confronted with heavily armed men you do as you’re told...you look and you wait,” McMillan says of how the Israeli athletes responded to the scenario.

In the background, things were coming to a head. 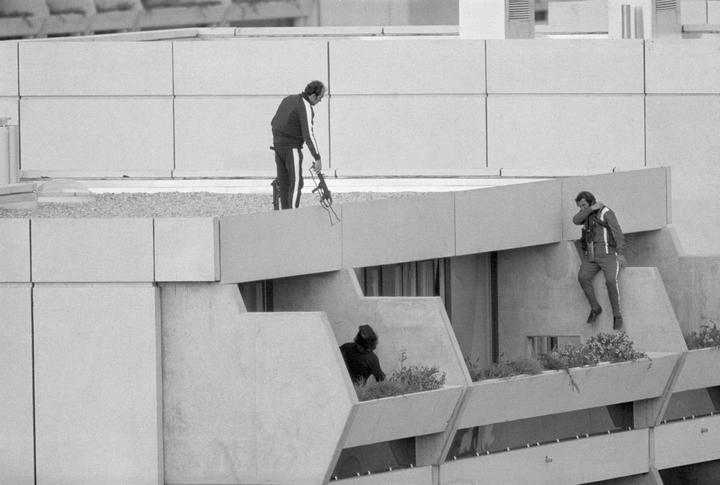 Armed police drop into position on a terrace directly above the apartments where between nine and 26 members of the Israeli Olympic team are being held hostage 9/5 by Arab "Black September" extremists. Photo: Getty Images

Negotiations were taking place, but Israel refused to cooperate. The German authorities stepped in to bargain with the Palestinians and money was put on the table asking for the release of the hostages. However, the offer was quickly rejected.

Later that day, the Israeli hostages and the kidnappers were helicoptered out of the Olympic Village to a NATO air base, Fürstenfeldbruck, located 32 kilometres out of Munich.

Little did the terrorists know they would be under siege. The Palestinian’s caught on and proceeded to take four of the pilots hostage at gunpoint.

Amid panicked decisions and some miscommunication, a shootout ensued.

All of the hostages died and only two of the kidnappers managed to escape - one of whom was found in the early 2000s. The other had died of old age.

Following the event, memorials took place in both the Olympic Village and the airbase at Fürstenfeldbruck.

The fatal shooting was labelled The Munich Massacre - an event that overshadowed the remainder of the Olympic Games.

“It was a terrible anticlimax and the whole thing fell flat,” says McMillan who was angry about the turn of events.

The Kiwis were sent home early and McMillan says the attack most likely affected the performance of the remaining athletes.

But there were longer lasting effects too.

The Munich Massacre changed the nature of McMillan’s sport. As a pistol shooter, security was heightened from that point on and his ability to carry his competition guns was restricted.

“Carrying your own gun became difficult, or problematic,” he says.

He attended the Commonwealth games in Christchurch two years later where there were strict rules placed around gun access and storage.

“It was all an absolute waste of time because we’re not the problem,” he says with a tinge of emotion that still lingers.

“It was all about a few terrorists changing the shape of my life and that’s why I was angry.”