Dialling up the past: the evolution of telecommunications in NZ

Today most people have the world at their fingertips. But it wasn’t that long ago that we shared phone lines and there was no SIRI. Instead, we had The Operator.

Liz Garton looks at the shift from manual to automatic telephone exchanges - a rollout that took nearly a century. 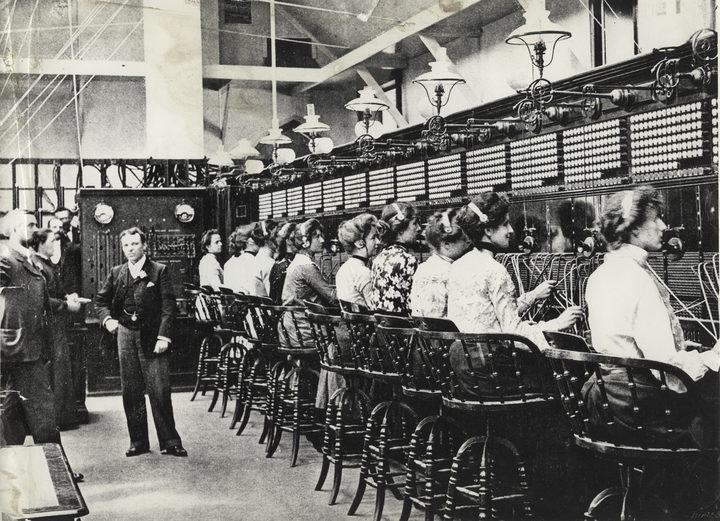 The shift from manual to automatic telephone exchanges ushered in an era of rapid technological advances which have made our current means of communication, Skype, social media, hangouts, almost unrecognisable to someone born just a few decades ago.

Maurie Challinor is nearly 87 and began working for the Post Office in 1948, back when it was in charge of pretty much all the country’s communications. Now he volunteers at Auckland’s Museum of Transport and Technology [MOTAT]. 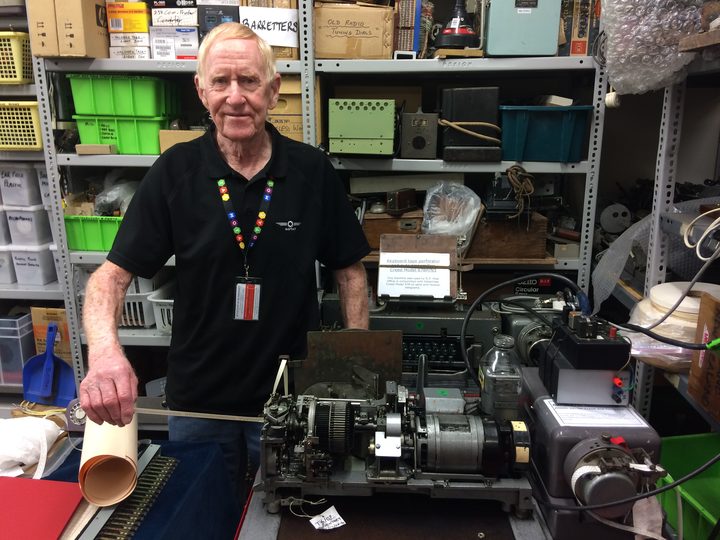 He says the advances in communication technology since he started has been out of this world and it’s still improving all the time.

“If anyone had’ve told me at the time, I’d have said no, you’re joking, that will never happen, it’s impossible,” Maurie says.

But while the change was rapid for some, for others it was excruciatingly slow.

The first electrical transmissions of sound happened in early 1878 and by 1881 New Zealand had its first telephone exchange - in Christchurch. 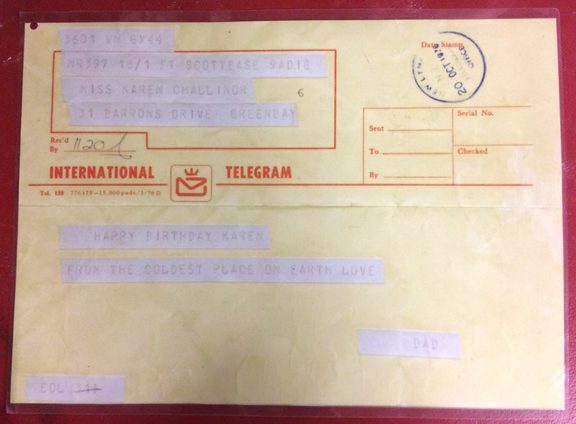 A telegram Maurie sent to his young daughter while he was postmaster in Antarctica.  Photo: RNZ/Liz Garton

Brian Potter volunteers with Maurie at MOTAT.  He spent 45 years working for Spark, Telecom and the NZ Post Office, essentially living the evolution of the telephone.

“When you consider the phone wasn’t invented until 1876, New Zealand was very early in the game,” Brian says.

Early adopters, but perhaps not thorough ones.

Because while the Morse system closed about 1963, the telegraph service as an entity didn’t close until 1988.

“The phone saturation in the country wasn’t immediate. A lot of people couldn’t afford telephones for a long, long time. Not only that, the technology wasn’t available to supply everybody with them anyway,” Maurie says.

“I think this country was quite behind in getting full coverage of phones.”

Brian says this because you have to build the local network.

“You can put in telephone exchanges everywhere but you’ve got to extend that out into literally every home and every business in the land.” 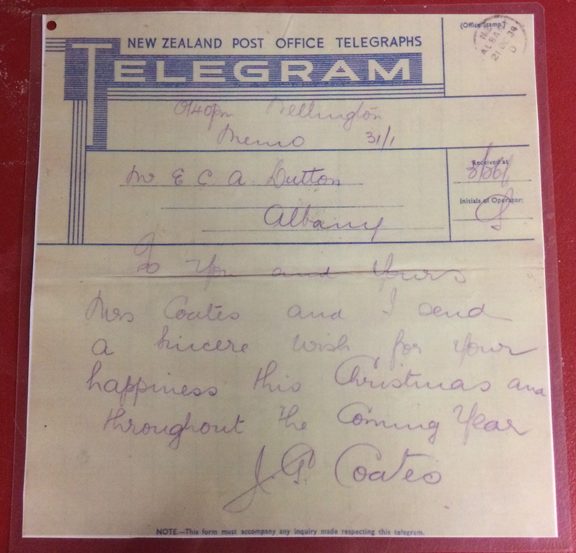 To send a telegram you had to go to the local telegraph office and get someone to translate it into morse code. In comparison, making a phone call could be done from home and was pretty straight forward...

In 1880, so 10 years after those first phone calls, about 50 subscribers had phones in their home or business.

But it wasn’t cheap to have a phone. The first subscribers paid an annual fee of about 17 pounds, 10 shillings ($12,000 NZD today) to rent their phone.

The first toll calls in America were about $25 a minute.

It also wasn’t just a case picking up the phone and making a call.

In the 1920s, you still had to go down to the exchange if you wanted to make an international call and even calls within the country had their challenges.

There could be delays of up to two hours in getting calls through on busy mornings and when something major happened, like the Tangiwai Disaster - the delays could stretch to days.

Then there were the party lines. The first party lines were on those earliest telephone connections in the late 1800s but we still had people on party lines more than a century later.

You had a party line when subscribers shared a phone line. You could have up to 10 people on the same line.

This obviously created a few problems.

You would have to wait to use it, people could burst in on the middle of a conversation and if there was an emergency you had to get off your call immediately.

When someone called, everyone’s phone rang, but you had your own specific ring so you could tell if you should pick up. 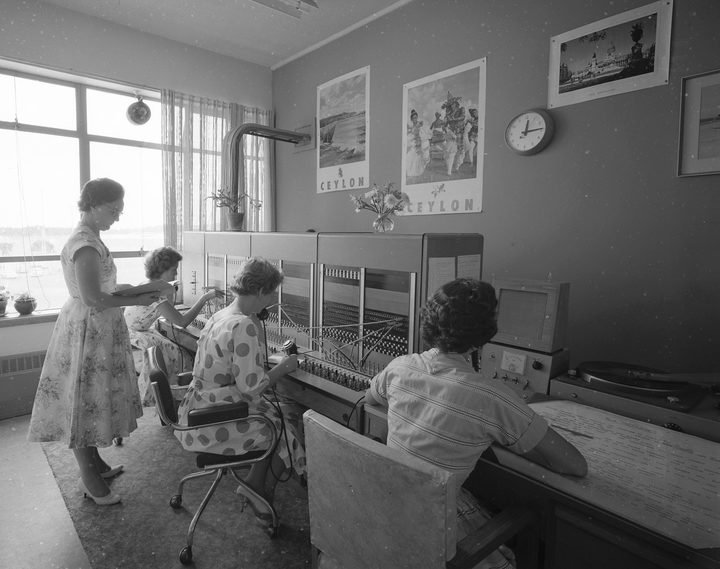 Lynn Pooley worked as a switchboard operator at the Mangonui exchange from 1968 - 1978.

She worked seven days a week for five weeks and then got two days off and while it was a small exchange, it could get very busy, she says.

“Like Christmas. You’d never move off your bum for three hours. It was hard to even get a toilet break.”

“A lot of them were party lines. You had to make sure you had your code rings right or the wrong person got the call,” she said.

Lynn Pooley can remember many of the phone numbers and says she always seemed to know where people were.

“Don’t ask me how we knew, but we always seemed to know. Like, if the policeman was out somewhere and they tried to ring him you could say, well he’s not there he’s out on a job. It was all that local knowledge.”

According to Brian Potter, initially, there was some resistance to going automatic.

“In the very early days, some of the engineers said this will never be popular because we’ll never be able to teach people how to use an automatic phone. We’ll always have to have a manual service for some people.”

But automation came… slowly… Auckland got its first automatic exchange in 1913 - but there were still manual exchanges in operation until at least the late 1990s.

Brian puts that down to politics and money. He said the network was controlled by the Post Office and the New Zealand government was cost constrained on the amount of money it could borrow to finance things.

"So when we became Telecom, I remember that suddenly we could get money for things that were impossible to get money for as the Post Office and we did automation projects that paid for themselves in two years.”

Telecom was sold to US interests in the early 1990s and the last manual exchange closed just before the turn of the century. 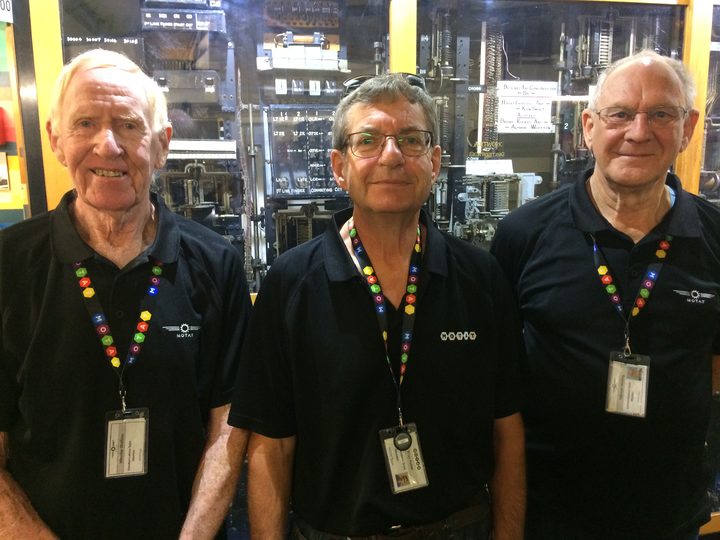 Mike Watling, who works with Maurie and Brian at MOTAT, feels that for everything we’ve gained with the technological advances of the twentieth century - we lost something too.

“The cellphone is driving [people] apart because the community is so big and such a distance away, it’s isolating people. There’s no community now.”

We’ve come a long way from just twenty years ago when some people had to pick up the phone and ask their friendly operator to connect their call.

The world is a much smaller place, we can talk to someone on the other side of the world. We can look at their face and search the internet at the same time, but somehow we’re more isolated than ever.