Behind the Iron Curtain

Moscow, 1983. The capital of the Soviet Union is at a crucial moment in the Cold War. The New Zealand Embassy needs extra people to guard it and keep both diplomats and documents safe. To know why, we need to go back to 1979 - and a diplomatic scandal. 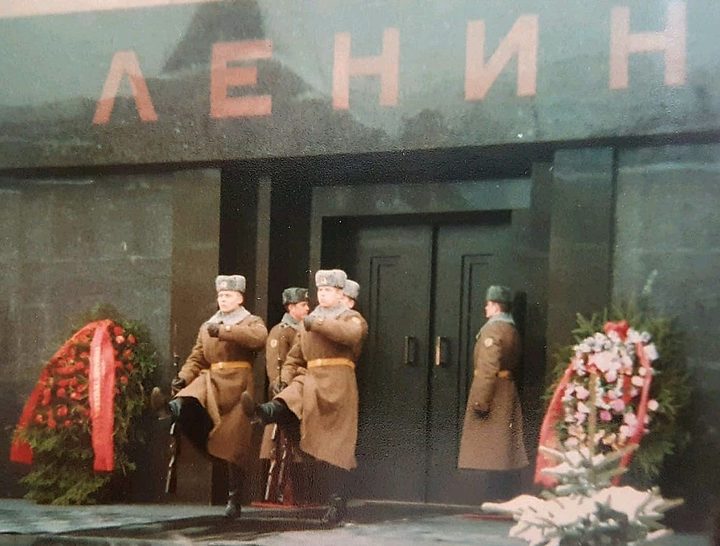 Their room was bugged by the Security Intelligence Service (SIS). 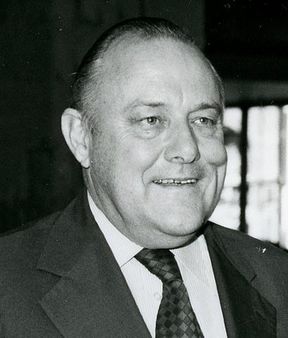 They report back that Sofinsky had handed Jackson $10,000 in cash.

Our then-Prime Minister, Robert Muldoon, took a pretty dim view of all this and he took action. Sofinsky is expelled from the country.

Before he left, the Soviet ambassador was almost incandescent in his denial of wrongdoing.

“Never. Never in my life. It is absolutely lie (sic), slander and nothing more!”

Moscow took it badly, too and retaliated by expelling our ambassador.

The scandal kicked off a tetchy time between the two countries. Just a few days earlier, New Zealand had announced a package of measures against Russia in protest at their invasion of Afghanistan, and in 1980 we send only a small team of athletes to the Moscow Olympics.

But life goes on and things eventually calmed down. New ambassadors were exchanged. We sent butter and mutton there - and they sent Lada cars here (which is surely the real crime).

Although relatively normal service had been resumed, it was felt that our diplomats in Moscow needed a bit more security. Defence Force personnel were to be deployed there to keep an eye on our hosts. It’s volunteers only. And one man jumped at the chance.

“How would anyone in the military ever get to go visit the Soviet Union and actually get the chance of living behind the Iron Curtain?”

James – not his real name – is a former military policeman in the Royal New Zealand Air Force. He deployed to Moscow twice in the 1980s.

His first posting is planned for late 1983 and he prepares as best he can by getting in touch with colleagues who have been there before. They tell him what to expect and what to pack, while the SIS and the Government Communications Security Bureau (GCSB) brief all the team members on security issues.

“We would be persons of interest [to the Soviets] and could be followed. Common sense had to prevail.” 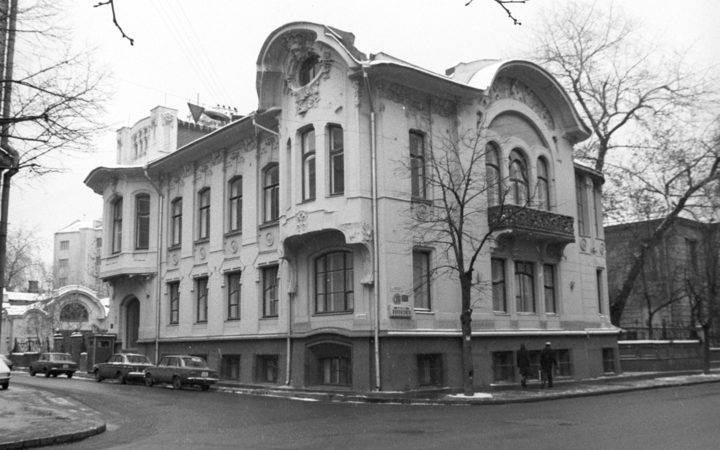 The New Zealand embassy in Moscow in 1980. Photo: AFP

In October 1983, James lands in Moscow. He’s arrived at a tricky time in Russia’s history.

Soviet leader Yuri Andropov had died earlier that year and Vasili Kuznetsov is temporarily in charge. A reformer named Mikhail Gorbachev is waiting just offstage for his cue.

The economy is slowly tanking and the war in Afghanistan is about to get very nasty.

James knew all this, and had been warned about what our security services claimed was the reality of life behind the Iron Curtain. He heard stories of shortages, corruption, endless queues and an existence that sounded close to hell on earth.

But what James sees first when he lands amazes him with its sophistication.

He was less impressed by the city.

“The snow on the roads was dirty, grey with pollution. The buildings were very drab.”

The New Zealand Embassy is a building filled with history and character. Built for the mistress of a wealthy grain merchant, it has few doors leading to the street and is situated just a kilometre away from Red Square. For the next three months it is both his home and office.

James’ presence in Moscow is not exactly cloak and dagger but it also isn’t transparent; despite being a serving member of the Air Force he isn’t in uniform, and he and his team members aren’t armed. They’re also not officially embassy guards – as far as the wider world is concerned, they are in Moscow as ‘technicians’.

When I ask about the nature of his work, he simply laughs.

Legally there is little he can tell me. He can say that part of their job is to make a record if any trouble occurs and to be a point of contact for Kiwis in Russia.

James had been overseas before with the Air Force but Moscow is different. Letters from home take nearly a month to reach him. He is allowed only one phone call to his family every few weeks - at great expense. And the Embassy’s phones are definitely bugged. During one call home, James’ overexcited kids accidentally hung up on him. So he rings the exchange to get reconnected.

“And I just said I was talking to New Zealand and bang! The line was reconnected.

Every time James or one of his colleagues step out of the Embassy, they are followed. The best idea is to make it all into a game.

“A militia person was at the guard box and depending on whether you turned left or right, he rang ahead to the next militia guy.

James is keen to see who is right and who’s wrong about life in Soviet Russia. Out and about in the capital, daily life doesn’t strike him as exactly colourful.

“Pretty drab. Queuing up for food, clothing…if you saw a queue it was interesting to see what they might be queuing for.”

“Just because a shop window might have clothing [in it], it didn’t mean they actually had clothing for sale.”

But still, the people here are more like him than he’d been told.

“They worked, they went to the movies, and they did their shopping. It wasn’t as draconian as I’d been led to believe.”

But the Russians are not keen to make friends with foreigners, and in the great game of geopolitics Moscow is a dangerous place. With limited contact back home, little human contact outside the embassy and a sense of tension and fear around him, the isolation could get overwhelming.

That isolation bites even harder when his wife falls seriously ill. He is 16,000 miles away, and going home isn’t an option.

The Kiwis turn to each other and the staff of other embassies.

“Kiwis being Kiwis, we made friends. I’m still friends with [a staff member from the Canadian embassy] who I met 30 years ago.”

When his three month deployment is up in early 1984, a relieved James flies home. 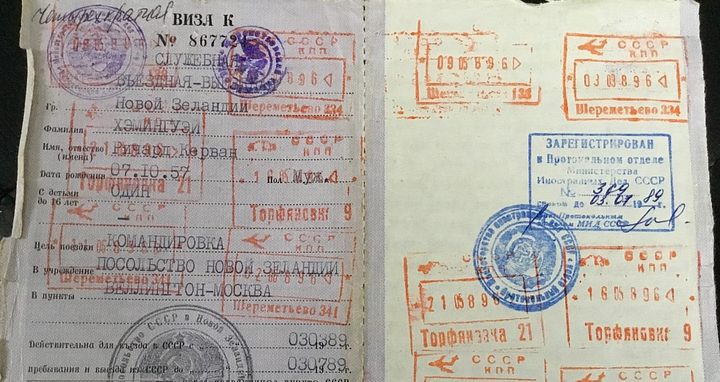 But five years later, he’s back in Moscow for a second tour. Gorbachev has the helm now and the economic reforms of his perestroika programmes are starting to bite. Political openness has a new name – glasnost. Things feel different.

“You could see there was a new energy.”

But some stuff hasn’t changed. James is on duty the night of the Tiananmen Square massacre in Beijing.

“I got a phone call from the son of the ambassador who was working in the embassy in Beijing. He said “tell Mum I’m okay'...

Their shortwave radio was jammed for the next three days. A secure line was eventually opened to London, but until then they had no news and no idea what was happening.

He is pleased when it’s time to go home, but he does have great memories of his time behind the Iron Curtain. Spending New Year’s Eve in Red Square, counting down to midnight with a crowd of Russians around him.

“The Muscovites could let their hair down and enjoy themselves.”

It has been nearly 30 years since James’ last deployment to Moscow. He has left the Air Force, and his health isn’t great.

To his eyes, the tensions between east and west never went away, regardless of whether their leaders are called Gorbachev or Putin, Reagan or Trump.

James’ reason for speaking up now and possibly comprising the secrecy oaths he swore are personal. In April 2018, after decades of secrecy, the approximately 150 Defence Force staff sent to guard the embassy in Moscow were officially recognised for their service.

Because of the secrecy around their deployment, it has been hard work to get recognition. But with it comes benefits like veteran status, better healthcare, and acknowledgment of the stresses and difficulties they faced at the epicentre of the Cold War.

And with the passing of time, James is even happier he lives here but got to spend time there.

“New Zealand, for all its faults, is a great place to live.”