In November 2016, an American warship will enter a New Zealand port for the first time in more than 30 years, stirring up memories of a time when New Zealand’s harbours were battle zones and peace activists faced off against nuclear warships. 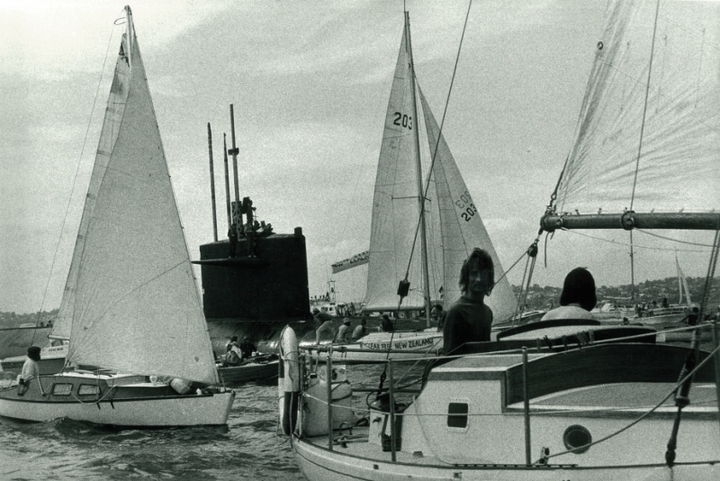 US Navy ships and submarines were frequent visitors to New Zealand in the '70s and early '80s as part of our commitment to the ANZUS treaty with America and Australia. 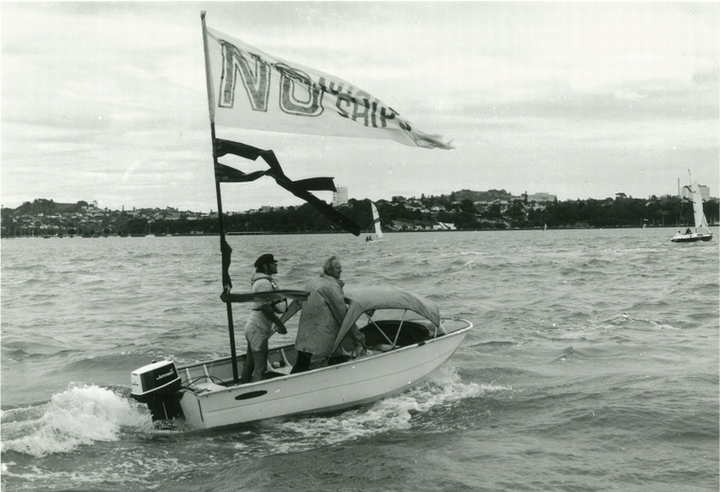 But as fear of the nuclear threat grew, these visits became scenes of protest and some took to the water to show their opposition. 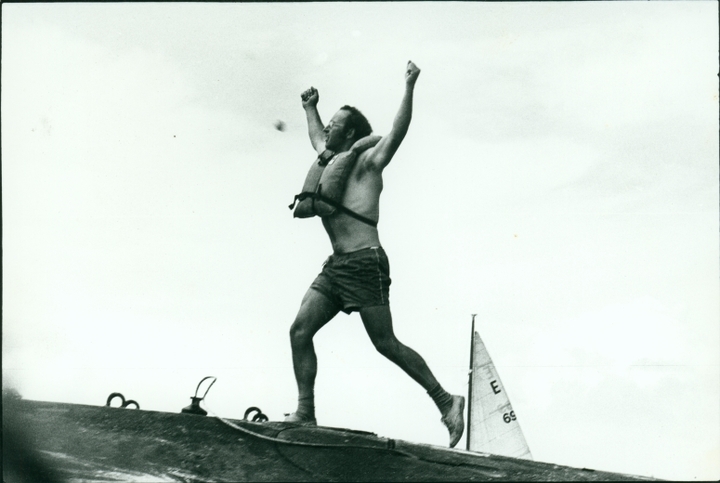 Stephen Sherie on the hull of the USS Haddo. Photo: Brian Brennan.

Anglican priest George Amstrong founded the Peace Squadron, a loose flotilla of motorboats, canoes, surfboards and sailboats and people who were prepared to put their bodies in the way of warships.

George led the squadron on three memorable protests in the usually calm waters of Auckland Harbour, and documentary photographer and peace activist Gil Hanly was there to make sure the events were captured on film. 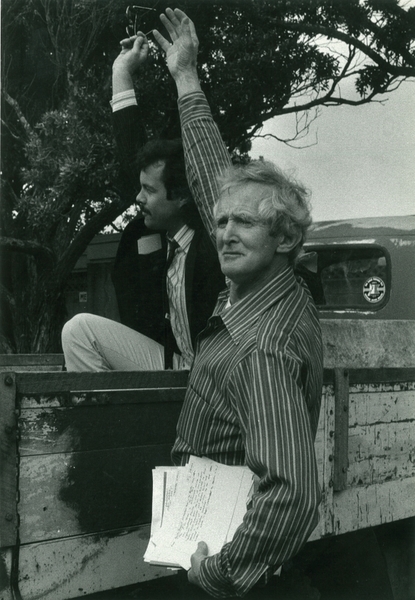 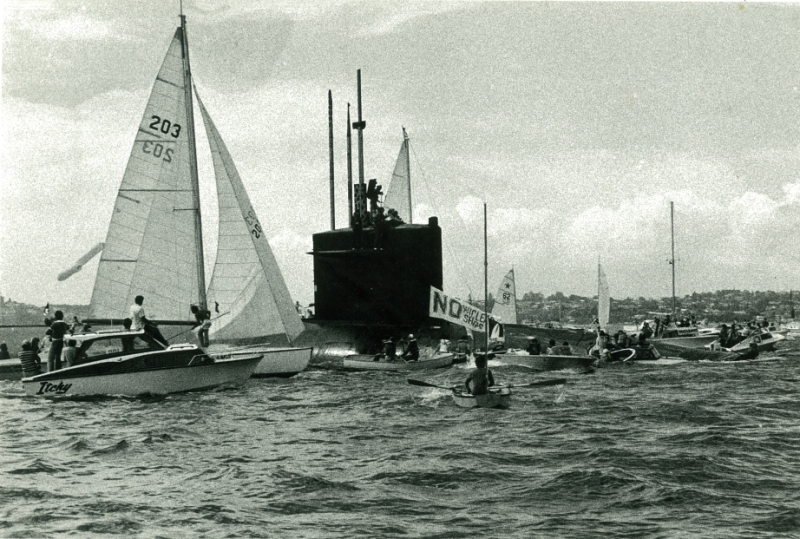 The flotilla begins to gather around the submarine. 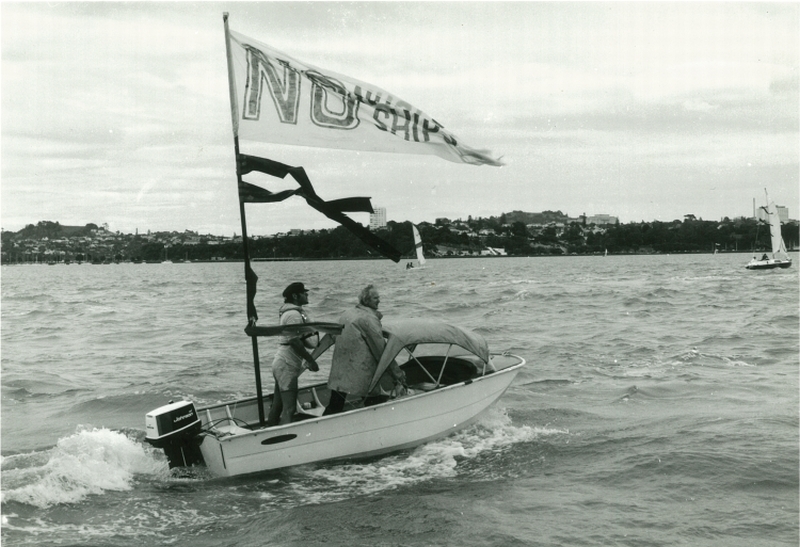 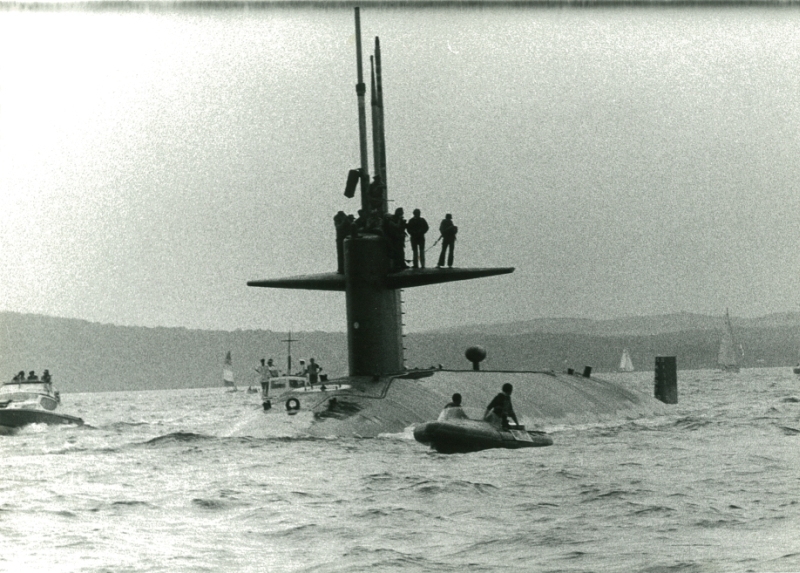 A small rubber boat deliberately places itself in the path of the submarine. 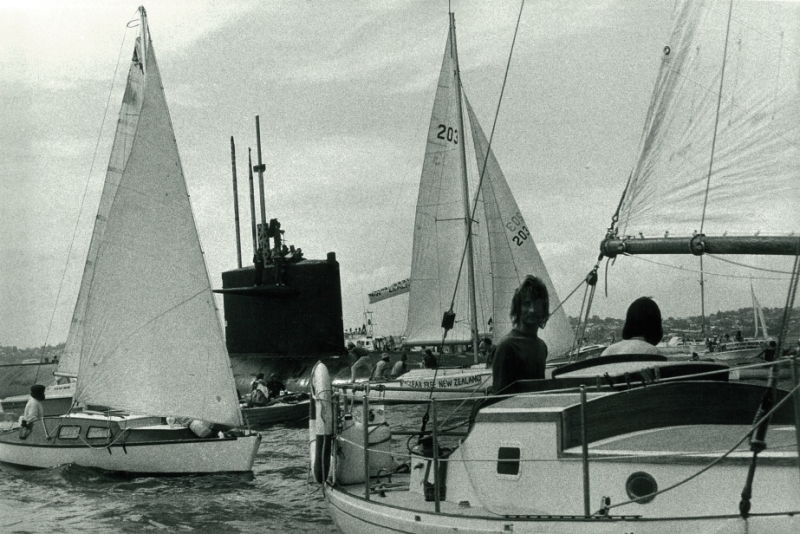 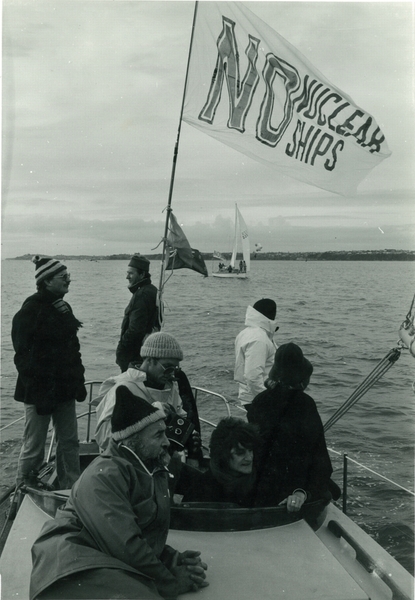 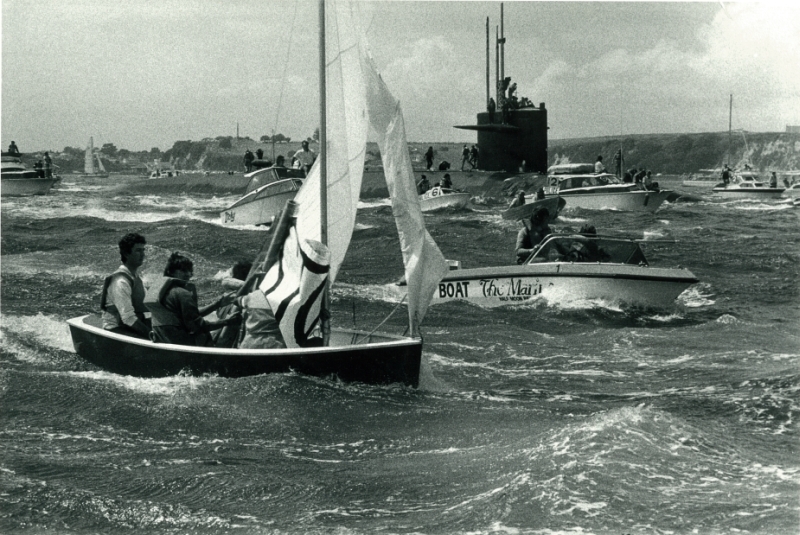 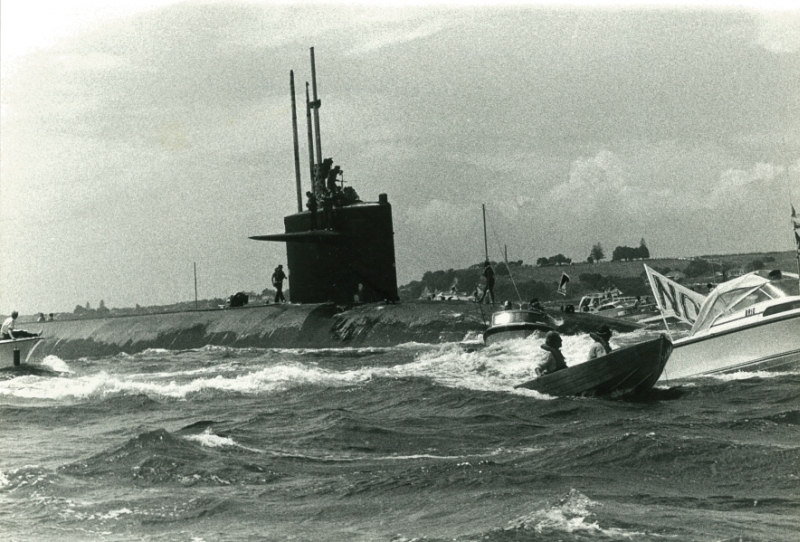 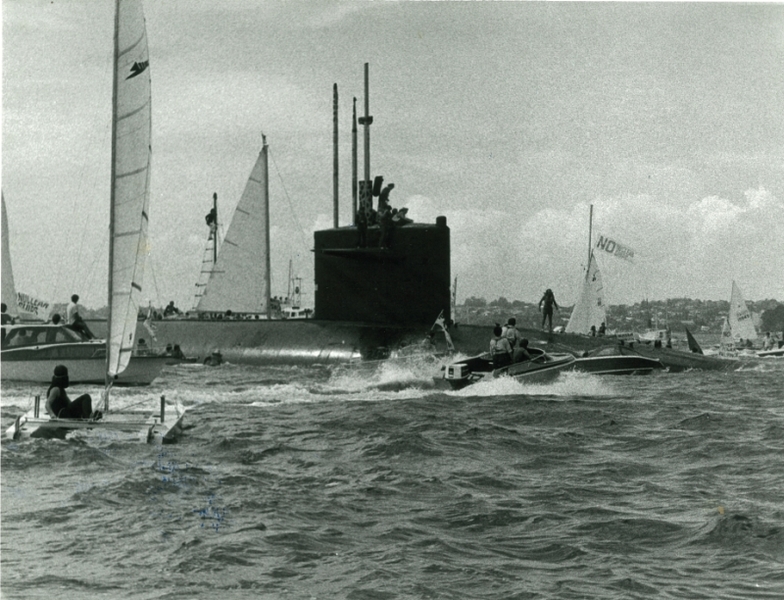 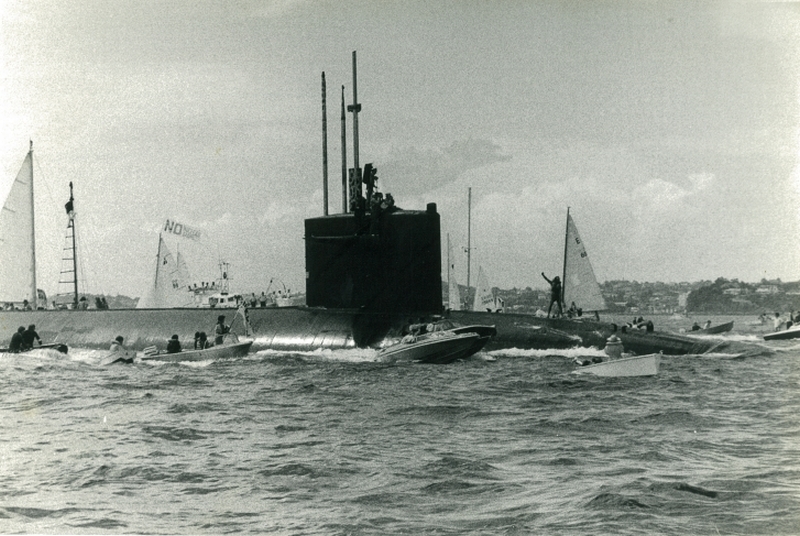 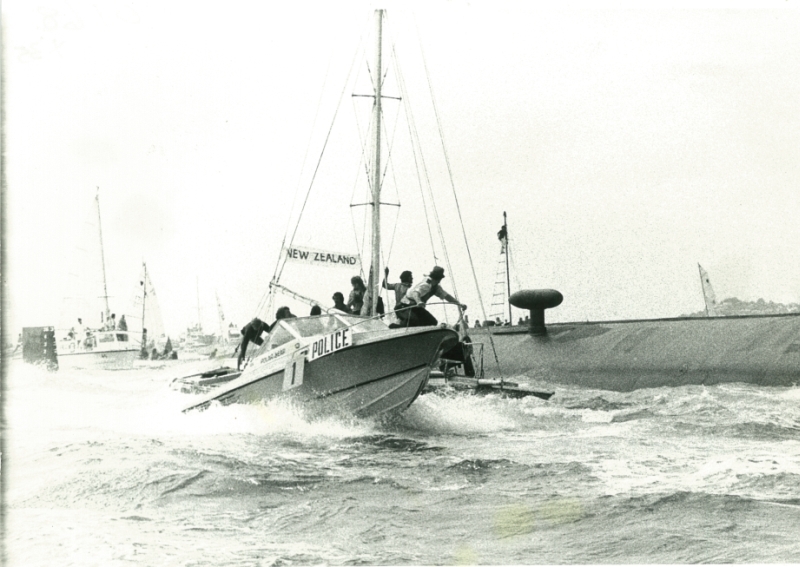 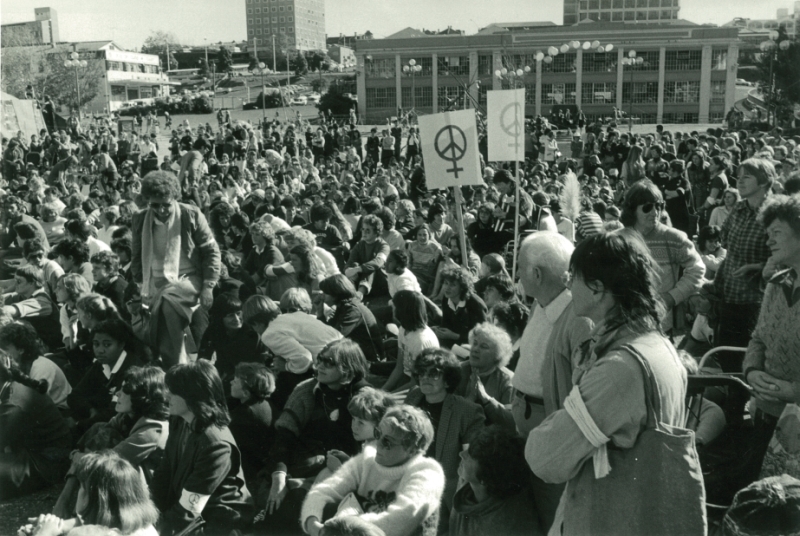 Many people opposed to the arrival of nuclear warships protested on the land. 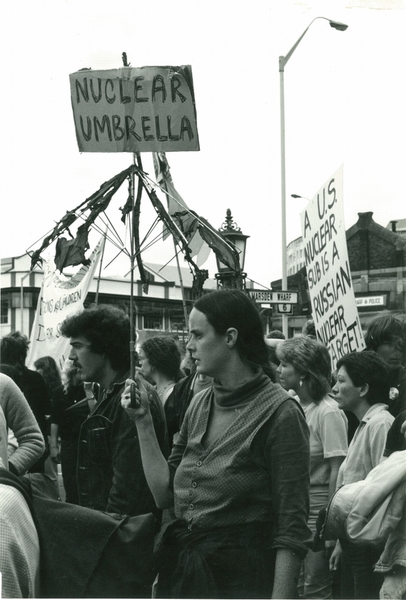 This story was produced by Justin Gregory with additional audio from Nga Taonga Sound and Vision and also the 1995 documentary Nuclear Reaction by George Andrews.

You can subscribe or listen to every Eyewitness podcast on iTunes or at radionz.co.nz/series.