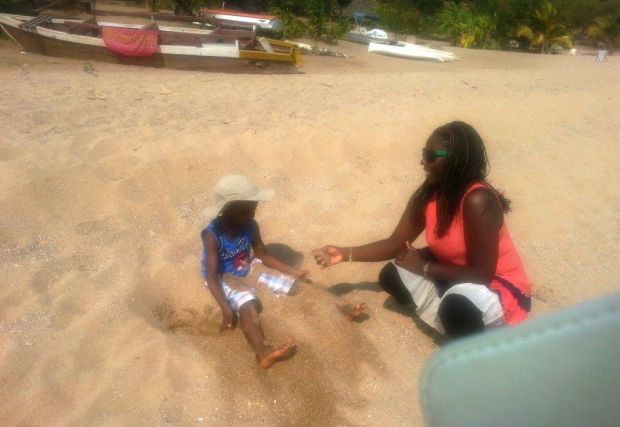 Suddenly there was emergency everywhere ... students themselves were divided over ethnic issues, we heard that in some schools students were killing each other. We heard the military were killing students. We could hear gunshots everywhere, we could see people injured, blood everywhere.

By definition the word "miracle" is often used to; characterise any beneficial event that is statistically unlikely but not contrary to the laws of nature, such as surviving a natural disaster ... survival of an illness diagnosed as terminal, escaping a life-threatening situation or 'beating the odds'.

In the case of Doris Niyonsaba and her family their story sounds like a miracle of survival, one where they beat all the odds. You see Doris comes from Burundi and like Rwanda, Burundi has endured civil war and genocidal conflict between Hutu and Tutsi since the 1960's.

Little is known about the Burundi community living in New Zealand. Doris Niyonsaba and her family would be M&M's, that's "minorities within minorities" as far as our country's Pan-African communities are concerned.

When you look up the Republic of Burundi online you find out that it's; one of the five poorest countries in the world with one of the lowest per capita GDPs of any nation in the world. The country has suffered from warfare, corruption and poor access to eduction ... According to the Global Hunger Index of 2013, Burundi has an indicator ratio of 38.8, earning the nation the distinction of being the hungriest country in the world in terms of percentage.

But growing up in the tiny country that looks like a slice of cake sitting between the Democratic Republic of Congo, Tanzania and Rwanda, Doris remembers a childhood full of rich, cultural experience. Burundi is also known as the heart of Africa, covering an area of 27,834 square kilometers. It's a region of lakes and valleys, lush and beautiful, rich in resources. By all accounts Burundi should not be poor.

Arriving in Burundi on her return, in 2013

Born in 1982 in a small town called Makenke in Northern Burundi, Doris's father was a doctor aide and her mother a nurse. One of four children with educated parents, Doris had a happy childhood; that is until October 21, 1993 when the democratically elected and pro-Hutu President Melchior Ndadaye was assassinated by Tutsi soldiers.

Civil war has affected Rwanda and Burundi since the 1960’s. With Burundi's independence in 1962, there were two major genocides. Around a quarter of million people have died from the combined conflicts; the 1972 mass killings of Hutus by the Tutsi-dominated army, and the 1993 mass killings of Tutsis by the Hutu majority. Some 300,000 people, mostly civilians, were killed in the following years.

At the time of the assassination Doris was 13. She and her older sister attended boarding school near the capital Bujumbura.

Being in a highschool we knew what was going on. We were aware of the political divide between ethnic groups. However  on Oct 21 1993, when the president was assassinated my sister told me that the president had been captured ... we didn't even know he had been killed. It wasn't on the local radios. We heard from other students.

The country was thrown into turmoil. Hutu and Tutsi began killing each other. Even students began killing other students in schools everywhere. It was then that Doris and her older sister decided to flee the country - on foot and with nothing but the clothes they wore.

It was four o'clock in the morning and I remember running for our lives - for Tanzania.

They fled as a small group of around 12 girls, all students from the college. Doris remembers just following the older girls in the group, doing what they were told, staying away from the gunshots.

At one point the group divided into two, some girls went towards Rwanda but Doris and her sister kept heading to Tanzania. Possibly a crucial life saving choice at the time, given that many had to flee Rwanda again in 1994 with escalating violence there.

It was chaos, massive killings around the country between Hutu and Tutsis. My parents also left home and took a different direction, we didn't know where anybody was.

Doris and her sister ran for hours, it took the girls a day to finally cross the border into Tanzania. The first thing they saw was a Tanzanian flag, then people came and took them into shelter.

We slept in a hall somewhere, on the ground, refugee camps were not even set up at that stage.

Doris and her older sister were separated from their parents and two other siblings for over 3 years, surviving in different refugee camps for a few years. The whole family were scattered, not knowing where other family members were or if they were still alive, unable to contact each other. 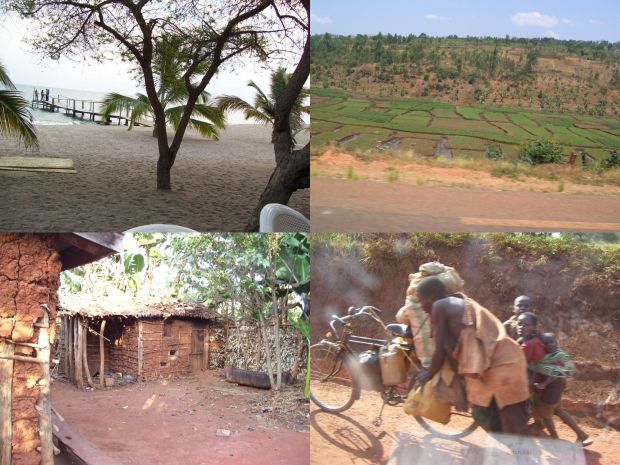 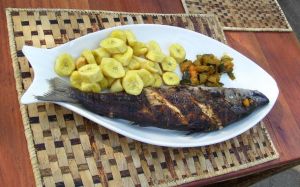 Doris and her sister lived in Mwanza in Tanzania with extended family and friends of the family who could take them in. It was here that they approached the UNHCR and finally tracked down their older brother and little sister in Cameroon. Their little sister was only 8 years of age when she fled.

Doris and her siblings were unable to track down their parents for years. It was not until they came to New Zealand that Doris and her parents finally located each other and family reunification was able to take place. I ask Doris what the odds were that none of her family perished during the genocide and that they could finally be reunited, here.

We were so lucky we didn't suffer a loss through that chaos. It was a miracle.

Doris is now 33, a successful accountant based in Auckland. Her experience as a child refugee escaping Burundi in 1993 has helped to shape her optimistic drive for life. Has she been back to Burundi since the war?

When I arrived in New Zealand and could not speak English I was buddied with Red Cross volunteers, they gave so much time to me. Although I didn't choose to live in New Zealand I have grown to love it. When I went back home [to Burundi] in 2013, it felt like I was a tourist.

She gives back by volunteering tirelessly for the Red Cross, helping other refugees to resettle in their new country. "We have such an amazing opportunity to have a greater life for ourselves here in this peaceful country, Particularly the young. You can work, go to school and train and have a better life. We have an amazing opportunity to do better. I like to see my children grow up and be great contributors to this society."

There are so many people living in refugee camps around the world, people who don't have the freedom. My family are so lucky.