“Two of my Aunties jumped into the river and drowned rather than be taken prisoner. I always remember them and feel very sad about it.” 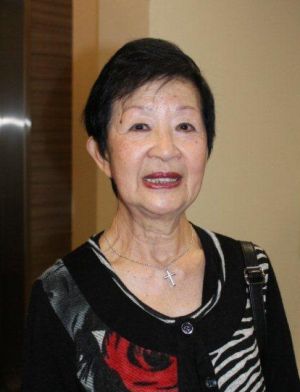 Doris King is in her seventies now. Formerly a Wong, from a large Wong clan, like many early Chinese immigrants here her family hails from Southern China. Doris’s father was already working here in New Zealand but when Doris was three years of age, her mother fled the Japanese invasion of China to make the long voyage to New Zealand by boat with Doris and her siblings. Doris believes that if her mother hadn’t fled when they did, they might not be alive today.

Doris was one of 244 children of a total of 249 wives, the family of Chinese men already living and working in New Zealand. The event centre at Alexandra Park in Auckland is brimming with generations of Chinese New Zealanders, the former refugees and their descendants. Their descendants are celebrating the 75th Anniversary of their arrival here.

Event organiser Richard Leung, the Chair of the New Zealand Chinese Association (Auckland) says; “We want to acknowledge New Zealand’s humanitarian act of accepting women and children fleeing a war-torn China and we want the generations who have been born here since to remember their roots as New Zealand Chinese.”

By 1937, Beijing, Shanghai and a large part of the north of China were occupied by the Japanese. In 1938 The Japanese forces moved into the Pearl River Delta region and began invading and torturing the villagers. These villages in the south of China, the Canton region, were home to many Chinese New Zealanders. The men here were frightened for the lives of their wives and children. The rape, torture and massacre of several hundred thousand civilians in Nanjing by the Japanese is still remembered as some of the most savage episodes of the Second World War.

The New Zealand Chinese Association and the Chinese Consulate appealed to the New Zealand Government to allow Chinese men to bring their families here during this time of crisis. In 1939, the government agrees and as a humanitarian gesture allowed the wives and children to join their husbands in new Zealand, on a temporary permit, for a period of two years.

There were various conditions, including a £500 bond to ensure that wives and children return to China at the end of the two years and took with them any children born during their time in New Zealand. In addition, £200 was payable for the maintenance of the family and possible repatriation after the war. It was a huge financial burden but leaving loved ones to the mercy of the Japanese was unthinkable.

Between August 1931 and 1941, a total of 249 wives and 244 children came to New Zealand. My mother Mayme Chanwai was one of these child refugees, she and my Po-Po (maternal grandmother) fled Hong Kong on one of the last boats in 1941.

Many walked for days from their villages along the Kowloon-Canton railway line down to Hong Kong – travelling by night to avoid the Japanese or Kuomintang Nationalist forces and Mao Tse Tung’s Red Army factions.

Some of these survivors are Wellington couple Jack and Marcia Chan. At the age of four Marcia left on board one of the first boats to New Zealand but Jack was not so lucky. New Zealand born Jack Chan and his family were trapped in the south of China, unable to leave until it was too late. They survived the Japanese occupation of Hong Kong until the end of the war.

When Jack’s father suddenly died of illness, Jack’s widowed mother survived by any means as their property and belongings had been confiscated by the Japanese. Jack’s most vivid memories as an 11 year old were watching the Allied bombing of Japanese war ships in the harbour. “It was like watching a movie!” Jack says, “But then we were just kids.” 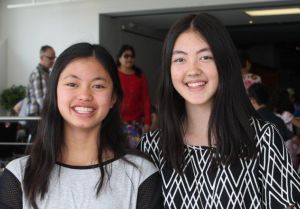 Jordan Chin and Jasmin Sue are the grandchildren of the former refugees, they are both at school; “I didn’t know there was a war!” says Jasmin. She tells correspondent Justin Gregory in Auckland; “Our parents-parents came to New Zealand on the boats for the refugee thing ... I didn’t know much about it until today. I think it is important for us to learn about our history so we aren’t oblivious as to how we came here. I want to know what it was like living in China in those days? Why did they come?”

One of the presenters at the event in Auckland is Calvin Fraser, the grandson of Jack Fraser, a child refugee on board the boats to New Zealand. Calvin believes that it’s vital to keep the memories and history alive, to appreciate what their ancestors had to go through in order to survive. Calvin remembers his grandmother telling him that his great-grandmother was under so much stress during their ordeal that she began hallucinating. She believed that rocks were telling her how cruel the Japanese were and why it was so necessary to escape.

Raymond Ng tells Justin that his father was also one of the child refugees. His father walked for miles and miles along the Kowloon-Canton railway to Hong Kong. He boarded a boat with nothing but the clothes on his back. Luckily his father (Raymond’s grandfather) was in New Zealand already.

Raymond says the 75th Anniversary acknowledgment is a significant event, showing the community’s appreciation for the sacrifices that their ancestors made during the Second World War. Without the survival of his father Raymond would not be here, it’s possible that none of the descendants would be here, including myself. We have the courage and tenacity of our grandparents and parents to thank for this. 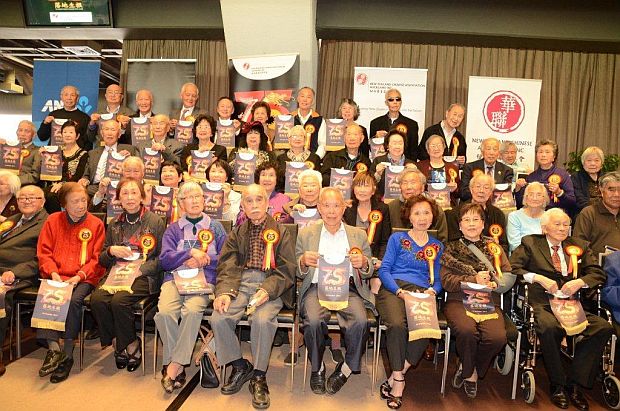