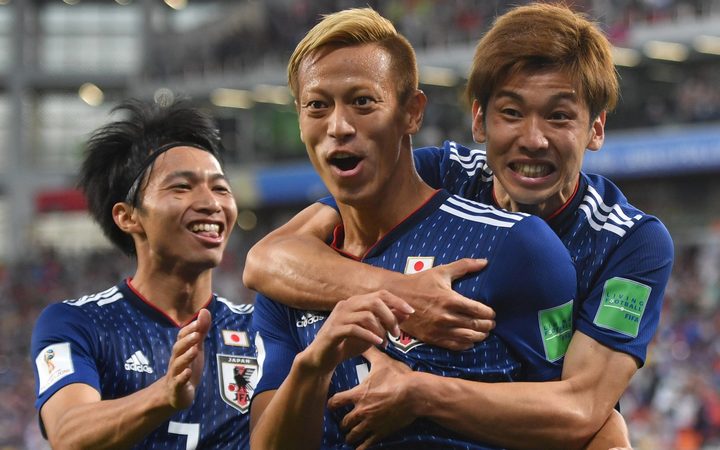 Japan reached the last 16 at the World Cup after a yellow card countback. Photo: Photosport

This week we bring you all the latest from the football World Cup in Russia.

Who is in? Who is out? And who are the ones to watch from here?

We also talk the resumption of Super Rugby, including a farewell of sorts for Jerome Kaino,

and hear from Team New Zealand sailing star Blair Tuke after the completion of the Volvo Ocean Race.

Super Rugby: 'Business socks time'
Just three rounds remain before the Super Rugby playoffs and while the Crusaders are an obvious pick for the title, Joe Porter casts his eye over the other New Zealand contenders for the throne.