Free range farmer wants his hogs to be happy

Ian Jackson, also known around South Canterbury as Lord Havoc, has a passion for pigs.

"They're intelligent and amusing and always a challenge!" 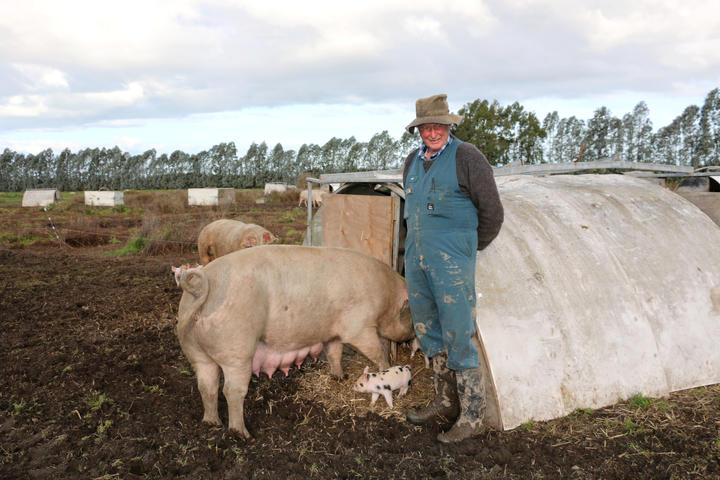 Sows at the outdoor farm spend their days fossicking for roots, grubs and worms while their litters play until mum calls them back for feeding.

Dozens of straw-filled huts are sprawled across a couple of flat paddocks punctuated by wild clumps of weeds and grasses.

"Quite often the pigs will gather up mouthfuls of the mayweed and carry it back to add more bedding to the hut." 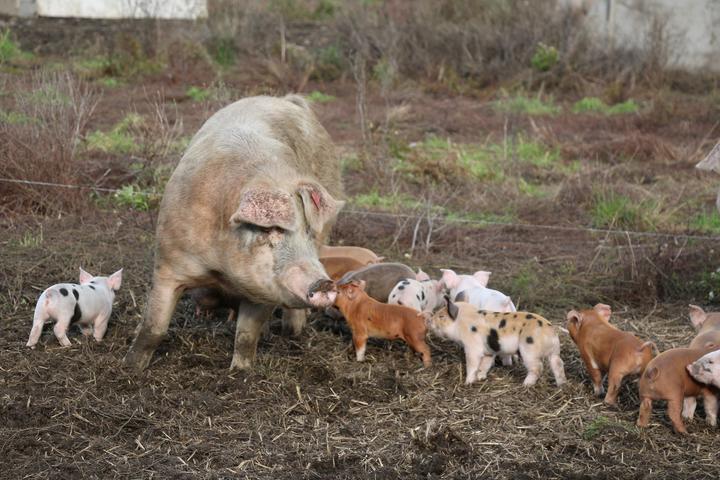 Ian doesn't name the girls but all the boars are given names. Four of them honour a famous Liverpudlian pop band.

"George and John have gone to the big acorn forest in the sky but we still have Ringo and Paul."

After working at an indoor piggery in the North Island, Ian realised that style of farming was not his cup of tea. He wanted his pigs to be farmed as naturally as possible in the outdoors.

"We don't stick needles in our pigs, we don't use antibiotics and we don't put them in cages where they can't turn around," he says proudly. 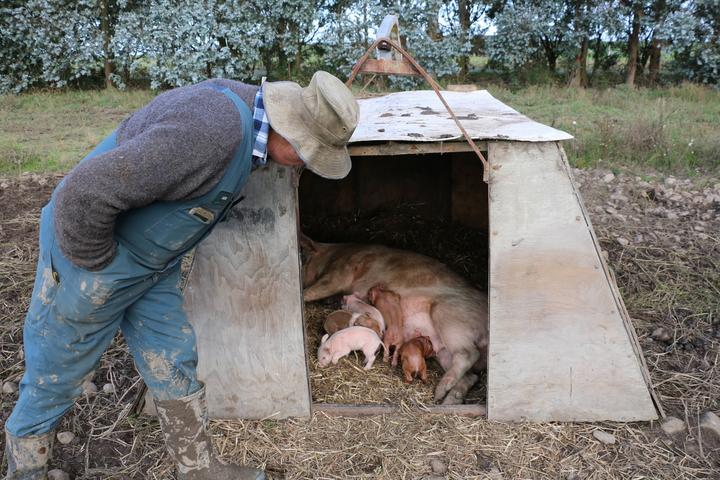 His pigs are fed a diet of grain, chips and surplus-to-requirement mozzarella cheese which comes from a milk factory in Timaru.

"We mix all that up and run round in the paddocks with it."

Thousands of seagulls hover over the farm, squalling as they follow the feeder truck. The birds appear to love the cheese as much as the animals do.

The pigs are mostly a cross between the Duroc and Large White breeds.

"We use the Large White as a dam line because they have bigger litters and we use the Duroc because there's more marbling, it's a darker meat and makes the pig so much more delicious when you eat them!" 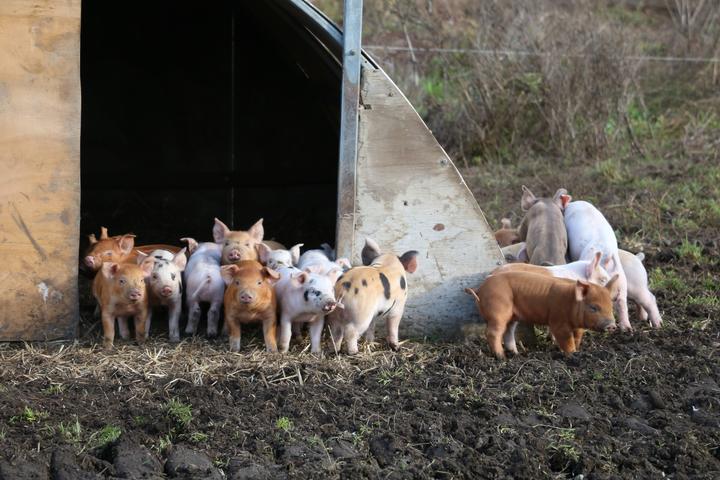 Every week Ian drives 70 to 80 pigs to a local abattoir in his own truck.

"Using our own transport means they're less likely to get stressed along the way," he says.

Ian and Linda also own a large butchery in Dunedin's Kaikorai Valley where the meat is processed and packaged.

They started the business with a stall at the Otago Farmers Market in 2003.

Back then they only had one pig's worth of products on offer, but eighteen years on their tasty pork is in supermarkets, cafes and restaurants around the country and sells via the Gourmet Direct website.