Budou table grapes can fetch up to $160 a bunch in Japan. 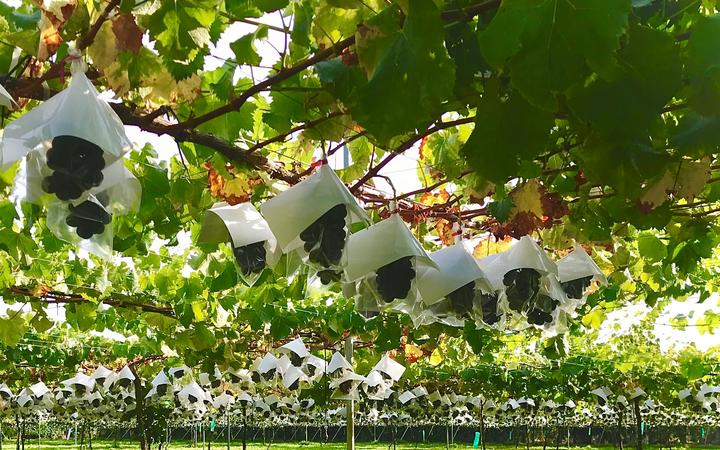 Little "umbrellas" protect the grapes at Budou Senshin from getting sunburnt Photo: Supplied

Tetsuya sees huge potential in his region for expanding the production of his Japanese-style table grapes.

The picture-perfect bunches are highly valued as gifts in Japan and can fetch extraordinary prices - up to $160 dollars for a single top-grade bunch.

Tetsuya grows six varieties of the "budou" grapes near Clive to complement his output from vineyards near Tokyo, under the brand Budou Senshin.

He produces 20 percent more grapes to the hectare in New Zealand than he does in Japan and they are of much higher quality.

Yumeri Katsura, who works with Tetsuya, says Japan's special gift market is one of the main markets for the grapes.

"Beautifully presented grapes in a bag lined with beautiful silky materials" might be sent to your boss or someone special, according to Yumeri.

Individual berries can grow to the size of golf balls and are very sweet and seedless, Tetsuya said. 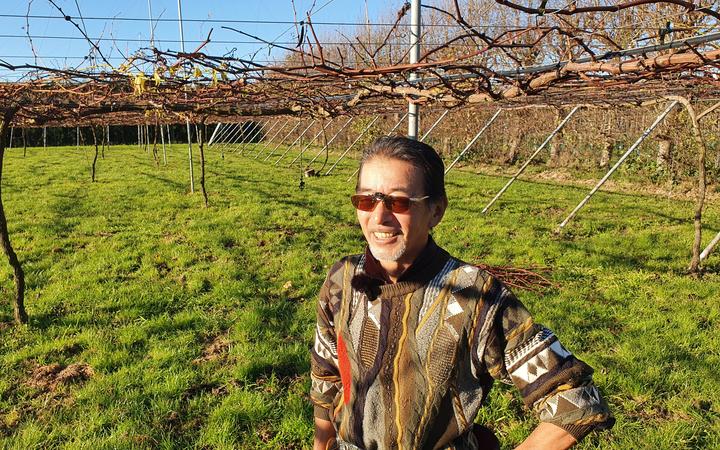 He is the third generation of his family growing grapes in Yamanashi Prefecture southwest of Tokyo.

He took on the small table grape vineyard in Clive in 2015 and has since become involved with a firm established by Japanese entrepreneurs, Green Collar, which plans to expand production to about 100 hectares in Hawke's Bay.

When Country Life visited at pruning time, Tetsuya was training the long canes onto trellises which form a canopy about 1.8 metres above the ground, quite different to a wine grape vineyard.

Each bunch is thinned as it grows to ensure the berries protrude outwards and is encased in a bag and sheltered under a little umbrella "so they don't get sunburnt", Yumeri said.

The double layer of protection also shields them from insects, wind and birds.

Tetsuya has found the long sunshine hours and high UV in Hawke's Bay are perfect for his grapes.

He has had the antioxidant levels tested and they are multiple times higher than his Japanese-grown fruit, he said.

"There's a depth in the flavour, also the sweetness, the colour's much better but the best thing is the antioxidants," he said.

"When you harvest them, the look of the grapes is just perfect,"  he said. 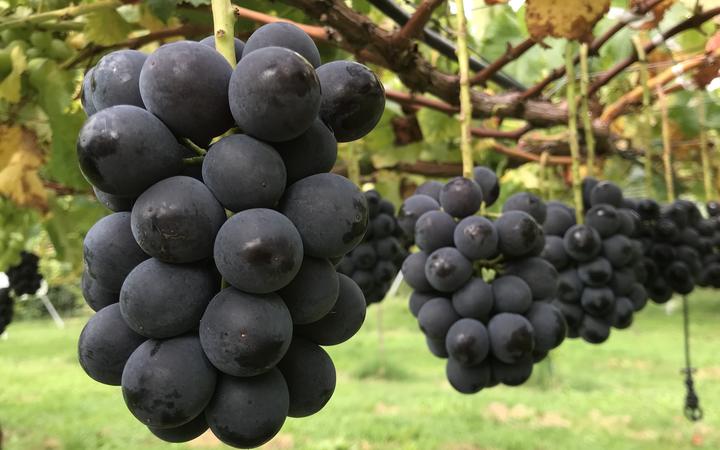 The kyoho variety of tablegrapes grown at Budou Senshin in Hawke's Bay Photo: RNZ/Sally Round

"We try to be more accessible for New Zealand people to buy these beautiful grapes."

She said Tetsuya is enamoured with the "cool" horticultural community in New Zealand where he has had to spend nearly two years during the pandemic, away from his family in Japan.

"He finds people in horticulture in New Zealand have got style... so he wanted to work among those people," Yumeri said.