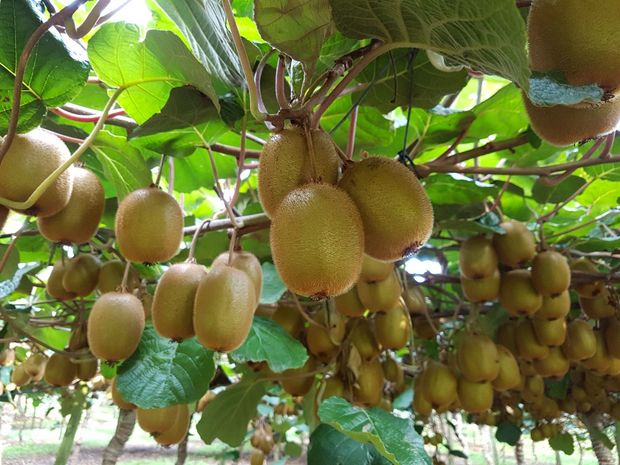 Whanganui looks set to become the next developing kiwifruit region.

A kiwifruit post-harvest operator and grower, Apata, is on the hunt for land to plant green and red kiwifruit.

It's chief executive Stuart Weston said the company has recently bought 60 hectares for new plantings, adding to the 70 hectares that they have had growing there for decades.

He said they are now pushing to get about two hundred more hectares over the next season or two.

"That would be a nice critical mass size to support a management team and infrastructure down there to make it a really viable industry," he said.

He termed it a great area with top people.

"Quite a complementary seasonal labour peak with the association with the freezing works down there."

Land in the main kiwifruit growing area Bay of Plenty is starting to run out and as a result Weston says more marginal areas are being developed.

"And yet the whole time we've had this long association with Whanganui and as we've looked closer at it we've been impressed with what we've seen," he said.

Weston said they want properties very close to Whanganui city, and would either buy the land, or help existing owners change land use.

He said they are "agnostics" either way and it would not matter if they owned the land or ran it with others.

"We do have a lot of investors who are looking to invest in orchard developments however our performance there (Whanganui) to now it's been the locals that have retained the ownership of it and we've continued to partnership with the locals."

Weston said the fruit will be trucked to Apata's Bay of Plenty facility for packing, and once developed the land would produce up to three million trays.

At present Apata packs about 15 million trays a season.

He said green fruit will be grown because the money needed to buy a licence to grow Sun gold, G3,  is uneconomic.

The rush into gold has seen green kiwifruit somewhat overlooked but he said it packs a huge health punch in a single fruit that's still in demand.