Clifton Station - into the 21st century

Clifton Station in Hawke's Bay made its early fortunes off the sheep's back but has had to find new ways to survive in the 21st century.

Angus Gordon is a farmer with a passion for poetry and together with his entrepreneurial son Tom, they are embracing new challenges on the farm.

Clifton Station's woolshed shows have come to a grinding halt without cruise ships pulling into the Hawke's Bay these days.

The pandemic put a stop to the farm's successful tourist operation showing off sheep mustering, dagging and other farm work to visitors from all over the world.

But Tom Gordon, who farms the property near Cape Kidnappers with his father Angus, says they're still in a "very lucky spot". 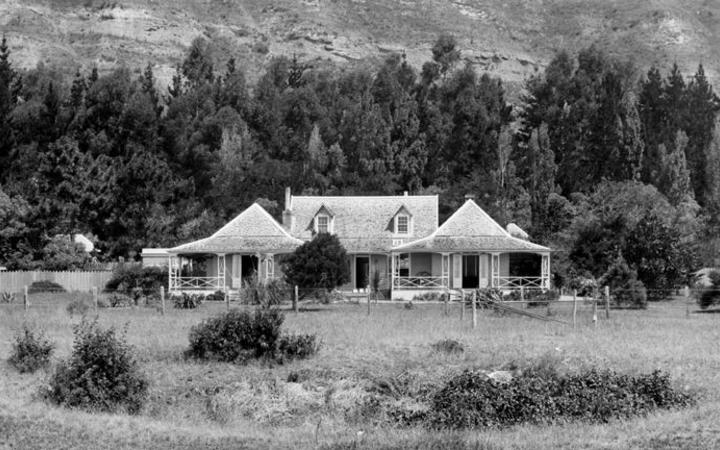 The fifth and sixth generation of Gordons at Clifton are known for their entrepreneurial approach to the land.

On their 800 hectares, they are fattening lambs, growing crops, hosting out-of-towners in luxury "glamping" tents and growing trees for carbon farming.

And, after three years of "subtle suggestions", Tom has persuaded his father, who's been wary of carrying too much capital stock, to get back into sheep.

The first crop of Wiltshires, a self-shedding breed, is clustered in the yards when Country Life visits, mustered up by an eager bunch of teenage ag students from the Turanga Ararau farm training programme. 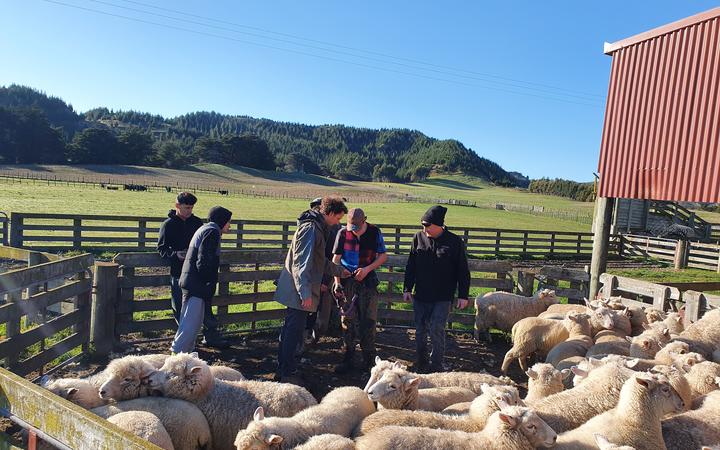 The Wiltshires' much woollier Romney-cross cousins are nearby, steam rising off their backs after one of the hardest frosts of the winter so far.

Angus leans over the fence as Tom mucks in guiding the boys as they work the handpiece.

"I had to twist his arm pretty hard to get back into breeding ewes and the Wiltshire was the way that I figured out we could do it," Tom says.

"It is hard for people to change, especially older people, but I'm right behind Tom. I think these are marvellous sheep," Angus says. 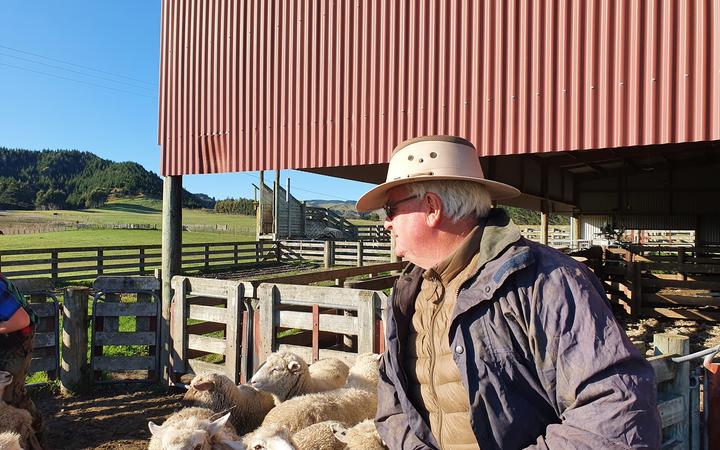 Angus Gordon with a flock of Romney-cross trade lambs at the Clifton sheepyards Photo: RNZ/Sally Round

Down below the woolshed, Tom's wife Lucia is closing up the glamping sites for the season.

New Zealanders being stuck at home in the pandemic has meant an excellent shoulder season this year for the luxury camping business, Tom says.

"These sites have become the two most valuable sites on the farm," Angus laughs. 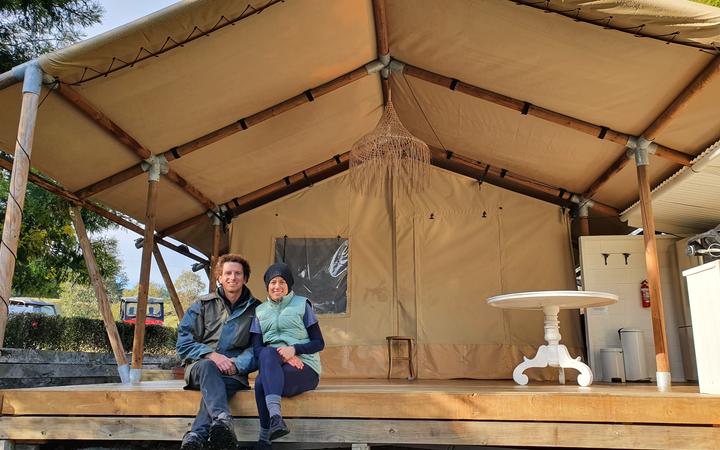 Tom and Lucia Gordon at one of the glamping tents all closed up for the winter Photo: RNZ/Sally Round

Angus is all for the farm branching out despite having a baptism by fire opening a cafe on the flats in the late 1990s.

"Dinah, my wife, said I'm like a two-tooth ewe, had the lamb and then I ran away from it. All I wanted to do was get back on the farm and run away from it all."

But that didn't dampen his spirit for diversification.

"I'm always into entrepreneurial type schemes and I think Tom and Lucia are just following on from that really."

Fifty hectares of the farm is now in carbon farming - pine trees planted on the rougher spots which are not great for stock and another 30 hectares is leased and irrigated by the Gordons for growing organic maize for chicken feed.

Tom also has his own tree-planting programme underway, nurturing oaks and the native bush coming away in fenced off gullies alongside the Maraetotara River which borders the property.

But Angus, a keen writer and historian of the local area, wants to spend more time at his desk in Clifton's big old Edwardian homestead overlooking the sea. 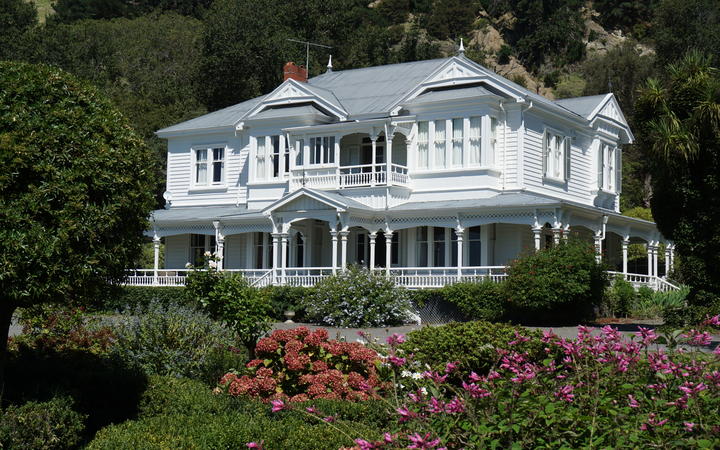 Here he has written several books - a family history and one about the area's historic woolsheds.

His latest book, Historic Homesteads of Hawkes Bay, has just hit the bookshops.

"I loved nosing around all the other places in Hawke's Bay.

"It's the romance of it all - the shearing, growing up in an old house and the fun of it all."