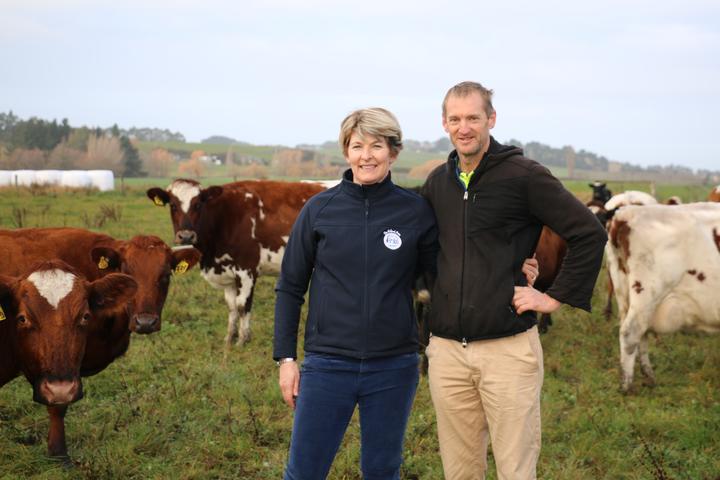 Milk travels only twelve metres from the cow's udder to glass bottles at The Natural Dairy in Oamaru.

Glen milks the cows every morning on a milking system he has proudly built from secondhand parts. 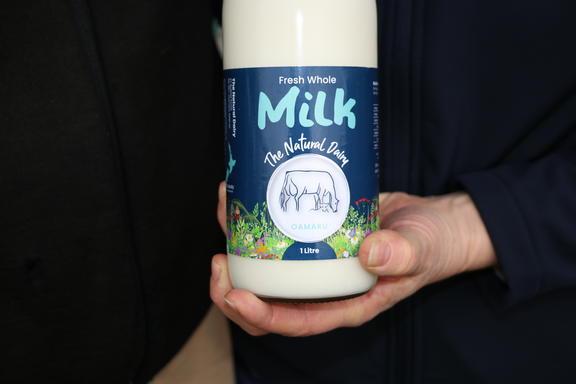 "I pulled a herringbone shed to pieces in Fairlie for a lot of the steelwork and picked up bits and pieces and cobbled it together."

The couple took over the milk business last year and have doubled the herd size as demand for the milk has outgrown supply.

The farm sits on 28 hectares of land on the outskirts of town. Shimmering in the distance is the ocean.

"It's a nice wee block," Glen says "It needs a bit of work. It's been let go for quite a few years but it's all tōtara soil, some of the best soil in New Zealand."

"In a previous life I was a top-dressing pilot spreading [fertiliser] everywhere so I've done my dash with that," Glen says.

Their cows and heifers are a mix of breeds and are serviced by Piggles, a black, curly-haired lowline Angus bull. Milking all year round means they need more cows than they milk.

"We've got some Friesians, Jerseys, 12 or so Ayrshires and a milking Shorthorn." 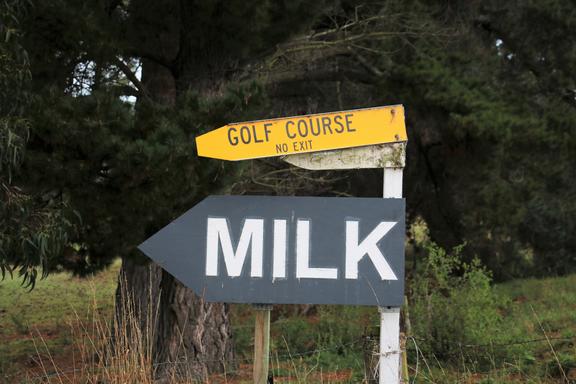 The first-time farmers both work other jobs.  Bron is a teacher at Kakanui School and Glen works for his brother at a shed building company.

Bron says starting the milk business has been a huge learning curve.

"Setting up a milking system, bottling, pasturing and dealing with MPI…it was huge, so we were very tired for a few months but we got through!"

There have been some teething problems along the way but nothing Glen couldn't handle and he's always up to the challenge.

"I'm working 24/7 but as we get further into it and the systems get better I think it will get easier," he says, hopefully.