25 years of organics - 'We were all rebels in those days' 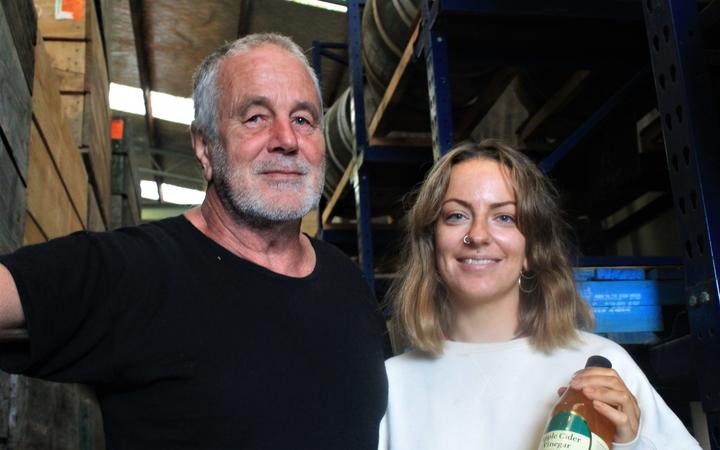 Kim Baker and his daughter Zhana Baker Photo: RNZ/Sally Round

Kim Baker once had an orchard in Horowhenua brimming with apples and was one of the earliest certified organic producers in the country.

Twenty five years later the orchard has been swallowed up by the new expressway but people and animals are still lapping up his produce - apple cider vinegar.

"We were all rebels in those days and we were all very committed to the environmental movement but we were probably seen by the establishment more as just hippies and doing crazy things."

Kim Baker looks less hippy and a more seasoned businessman these days as he oversees the production process for this year's batch of organic apple cider vinegar.

Huge bins of freshly picked apples have arrived at his factory on the edge of Otaki. 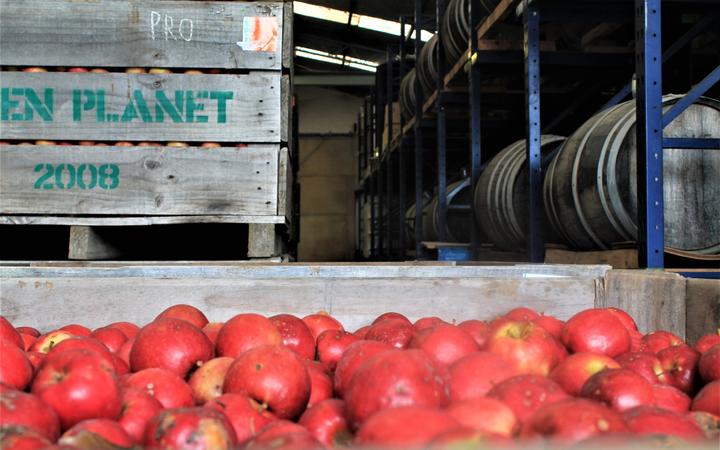 They're being juiced and pulped then piped to big fermentation tanks before being transferred into oak barrels for aging to produce his Coral Tree Organics line of products.

"Everybody said it couldn't be done and it wouldn't ever be successful when we started."

They had to come up with every step of the process back then - growing, juicing and fermenting.

"We've been pushed and it's been hard work to get it to that process and more and more now we're focusing just on the manufacture of the vinegar and the marketing of the Coral Tree premium brand internationally and focusing a lot less on the growing of the apples."

Making apple cider vinegar has been likened to winemaking -  half science, half art, Kim says.

But he says, for him, the process has become second nature.

Kim's customers range from the health conscious who take a daily tipple to keep their bodies in balance to organic farmers and lifestyle block owners who say it helps their animals fight disease like mastisis and laminitis.

"We have to be careful because it can sound like we are selling a snake oil product," he says, but he is convinced of its benefits.

"For the last 25 years some of the stories that I've heard my customers coming in and saying ... it's almost a bit hard to repeat because they do sound so outlandish."

Eighty percent of the vinegar is exported, mostly to countries in South East Asia - Singapore, Malaysia, Thailand, Taiwan and Japan - and with the help of his daughter, Zhana, he's trying to develop new markets overseas, particularly Australia.

"Our South East Asian markets are becoming much more affluent and looking for more quality product and recognise New Zealand as being a premium product producer," he says. 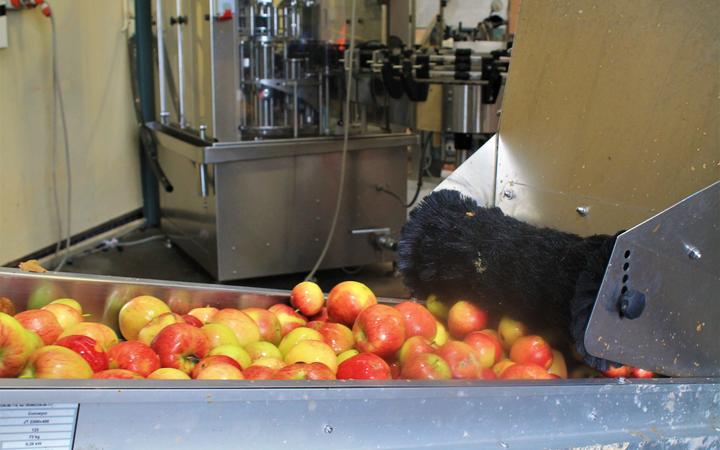 After stumbling along, without much of a plan, Kim says his organic apple cider vinegar has become more and more accepted but now he's ready to step back and hand on the business to Zhana.

There's a big motobike parked nearby and he says he's keen to hop on it and head off to tour the country.

"He is someone who wants to be barefoot on the orchard, toes in the grass, looking at the trees, planting food," Zhana says.