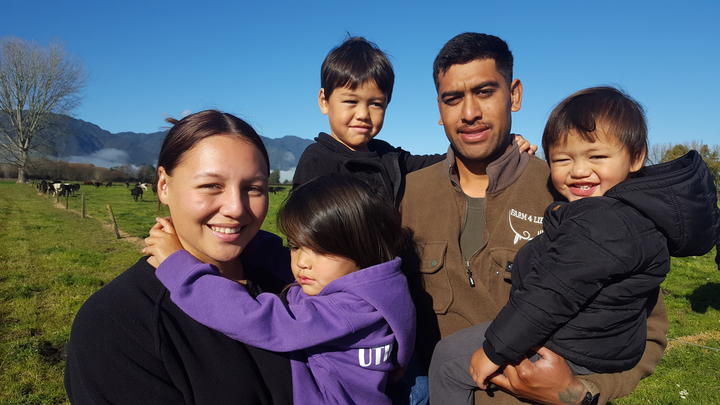 Quinn Morgan laughs when you ask if he always wanted to be a dairy farmer as a kid.

"Growing up I was more in love with my Playstation. My stepdad was a dairy farmer for a few seasons but I was more a city-slicker type kid, rather than going out there and doing everything," he told Country Life.

But after just one season as a dairy farmer, Quinn has won the prestigious Ahuwhenua Young Māori Farmer Award. Just as impressive; he's only 26.

The Young Māori Farmer of the Year award recognises talented up-and-coming farmers and growers, as well as encouraging young Māori to make farming a career choice and to showcase to prospective employers the talent pool that exists within Māori.

"I had no idea that I was going to be called, so I was just looking at the ground, then I saw everyone looking at me. I looked at her (my wife) and they announced it again."

It was a special night; included in the 800 guests were top people in the industry, politicians and Māori leaders.

"The Tūwharetoa chief was there, and that was a really big thing for us," he says.

Quinn was born in Taumarunui and lived around the Central Plateau before moving to Whanganui.

In 2007 he moved with his mother, step-father and sister to Brisbane to start a new life.

After completing secondary school there, he met his now-wife Samantha and in 2015 they settled in Perth where Quinn was involved in the fitness industry working full-time in a gym and they had three children.

Despite playing sport all his life, including rugby to a representative level in Australia, Quinn says he'd never experienced anything like the nerves he had the night they announced the Ahuwhenua Awards.

"I've never been that nervous before. I was blown away when we won; I forgot half the people I should thank."

That included his employers Sam and Kate Moore but Quinn put that right with a quick phone call as soon as he left the stage.

Quinn and Samantha, who is studying a diploma in Agri-business, moved in early June from the Moore's 570-cow job near Whakatāne to a sole-charge position on a 290-cow farm in Galatea; still with the same employers.

He says he has a lot to thank his employers for, as well as Tangaroa Walker and his Farm 4 Life programme which offers coaching in dairy farming for people starting out. 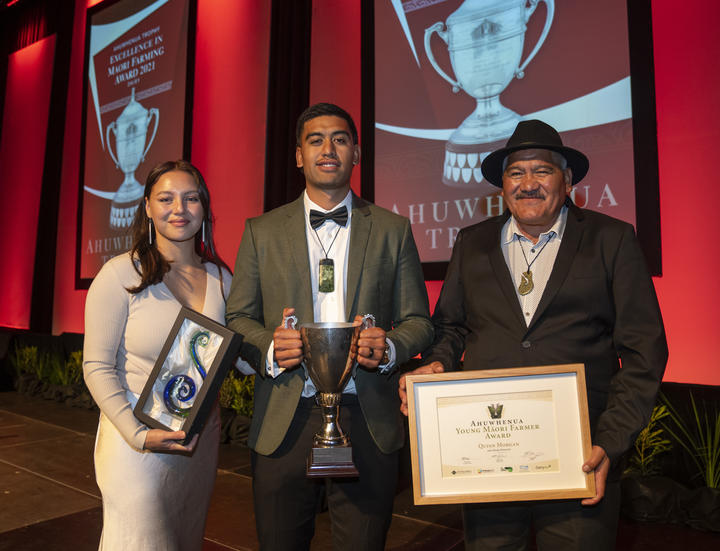 The couple decided Aotearoa was where they wanted their kids to grow up so in early 2020 he arrived in Auckland with just his suitcase and a good attitude.

Quinn nearly made it to police college with only one interview panel left but, when Covid-19 hit, all applications were halted and, as a result, he ended up on a whānau dairy farm to help out. Here the flame was lit.

He started applying for dairy jobs, but after missing out on about 40, Quinn booked a flight back to Perth to have lockdown with Samantha and the children.

Then came the turning point.

Just a couple of days before his return flight, Quinn got a job interview for a dairy herd assistant, he told them his goal - to own his own farm - and was offered a job pretty much there and then.

He then called Samantha, the flight was canned and for the next few months, Quinn got stuck into work alone.

That was hard as he missed his family but they all knew it was a good choice to make.

Quinn says his employers have been big mentors.

And he doesn't take the mantle of the Ahuwhenua Award lightly and says he has the responsibility of helping others into dairying.

"It's massive. I hope I can help others reach their goal. It is bigger than ourselves and it is not about us."

But one day he does hope "to have our name on the letterbox."

"I keep hearing bad things about dairy, that it isn't family-friendly, but being in dairy is probably the most time I have got to spend with my family. And that's something that we'd love to give ..again massive wraps to my employers, they're really family-orientated .. and that's something I'll carry on, the culture, if we do get staff in the future."

For Quinn and Samantha, dairying on their new farm is "up and up." 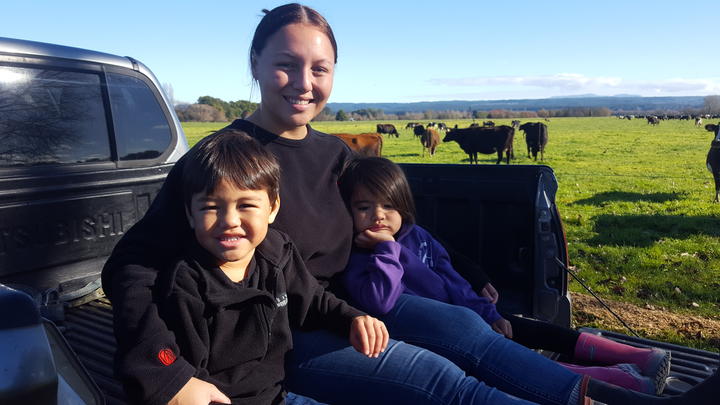