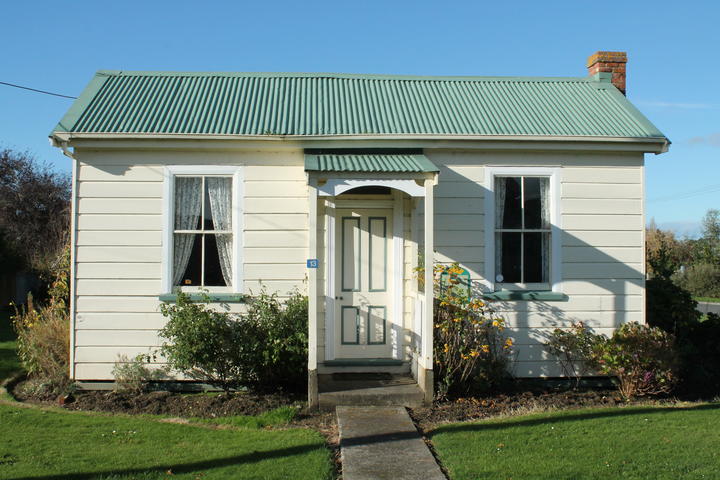 Nightcaps, 82km north-west of Invercargill, is a tiny town with spirit.

Its population may only be nearing 350 but it feels like it's moving again, say locals.

The coal mining town, in the foothills of the Takitimu Mountains, boomed from the 1880s on with the Nightcaps Coal Company building its own railway to cart out some 1.8 million tonnes of lignite or brown coal.

Then the mine closed and workers shifted to nearby Ohai or moved away to find work. With no buyers and no jobs, some houses sold for one dollar.

But when Country Life visited, there was a quiet air of optimism in Nightcaps. 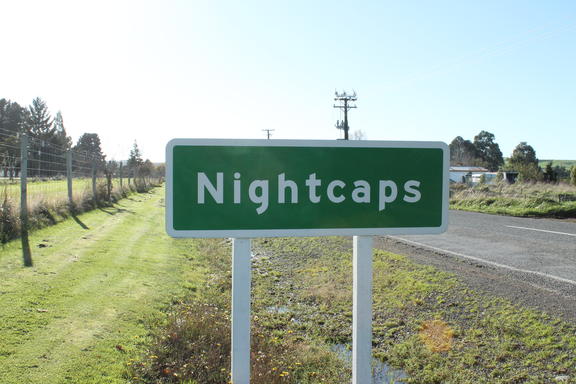 There are jobs at a large trucking firm in town, at a rural contracting business and in the reopened, open-cast mine.

"What a lot of people wouldn't know is over 120 people start work in Nightcaps every morning," says Tony Philpott, owner of Nightcaps Contracting.

Bev Evans, a Nightcaps community stalwart, has lived in town since she was born. "About 30 years," she says with a laugh.

The 77-year-old says she's seen a lot of changes in town.

"Not all of them good.

"But I am happy to say, in the last three or four years, we have people coming into the town, picking up cheaper houses and doing them up beautifully.  I feel Nightcaps is now on its way up."

Many of the new Nightcaps residents are retired or coming down from Auckland, she says.

"So we do have something in Southland. We have good substantial houses, which can be done up and they are bought cheap. They are done up beautifully and (people) can retire happily."

Bev has been at the heart of the town since at 15 she became secretary-treasurer of the then basketball club. She helped at the playcentre when her children were young, helped run the golf club for 40 years; she has been a worker for Victim Support and the volunteer ambulance, chaired the local medical board and has now been in local government for 27 years.

She says the people of Nightcaps are "immensely kind and helpful".

He says house prices have gone up dramatically.

"Not so long ago they sold houses here in Nightcaps for one dollar. There were houses empty with the redundancies (at the mine). People would be offered a job somewhere and just walked away, couldn't sell it. Without jobs we are gone." 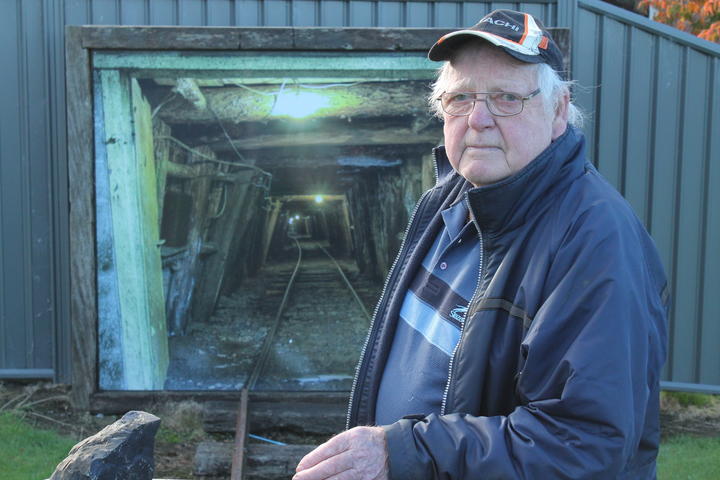 Carter worked for 41 years underground at the Linton coal mine.

As a 16-year-old and new worker he was given the name Carter by his friend Walter "Goldfinger" Goldsmith, the halfback in the local rugby team.

"In underground mining - everyone had a nickname. We were in the dark, 400 of us, all with lights on. You couldn't sing out hello John or half a dozen would swing round."

He still remembers his first day on the job - feeling excited and a bit frightened.

"We used to get a ride down on a wire rope. They used to lower us down on these trolleys - a mile and a quarter to the bottom and I happened to be right at the bottom."

Carter says he loved the camaraderie of mining that spilled out into the community. 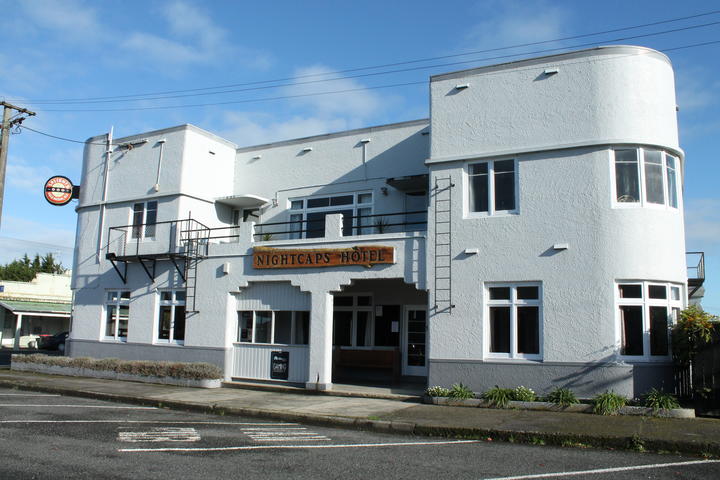 He remembers being in the Nightcaps pub years ago when the owner, who was in the local volunteer fire brigade, heard the siren and jumped over the bar.

"He yelled, 'help yourselves, I'll be back when we know what has happened,' and that was the faith he had in the community. And that's what the community was like. Unreal."

During the Covid-19 lockdown the local volunteer fire brigade had a roster in which members would drive around the town, twice a day, to make sure residents were okay. 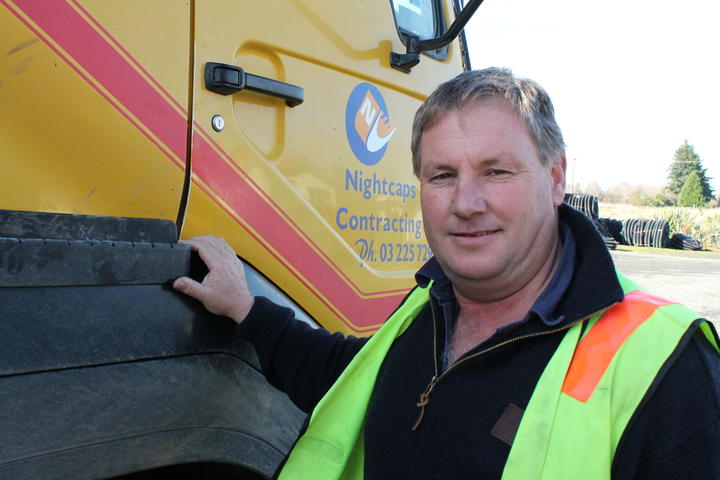 Tony Philpott, who is also the fire chief, says if you needed help you put a pink piece of paper in your window, if you were fine you put up a green piece.

"We were worried about the local community. A lot of people just wanted someone to talk to.

"It was mainly elderly people who just weren't too sure about what was going on and wanted some reassurance."

"It was a lot of work but it just brought the community together a bit more. People thought 'well people do care'."

Tony thinks Nightcaps is a great place to live and he's delighted to see newcomers moving in.

"And everyone that moves to town loves it.

"I'd just like to see Nightcaps restored to the Nightcaps of 30 years ago. And with the number of people coming back and houses getting tidied up, I think there's a good chance it might happen." 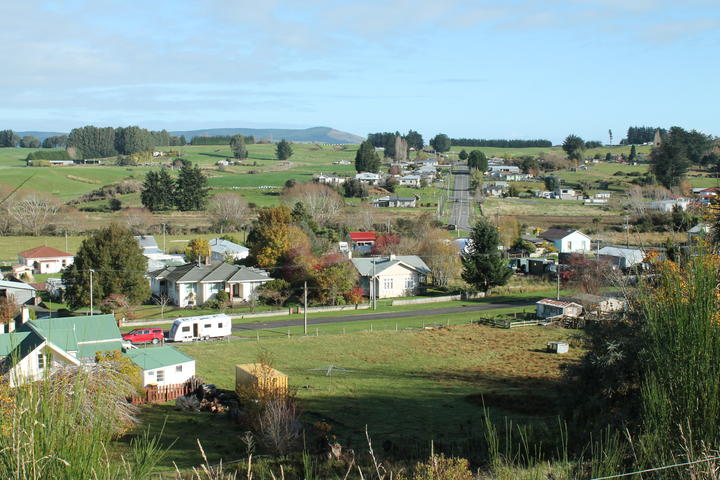 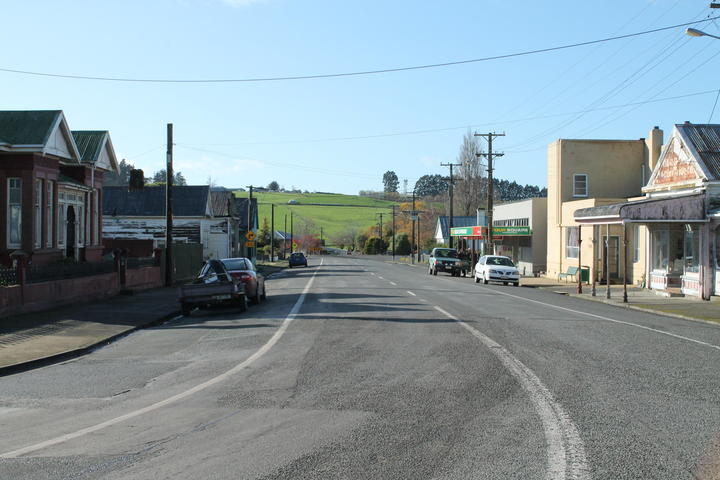 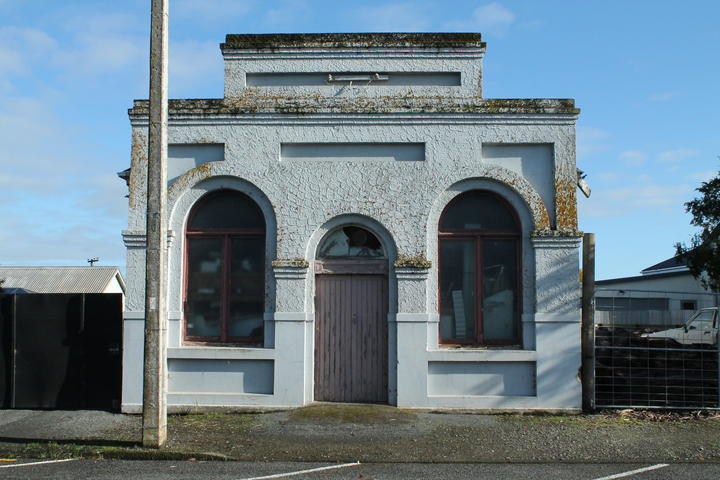