Striking it right in Ōtāne - taking croquet to the world 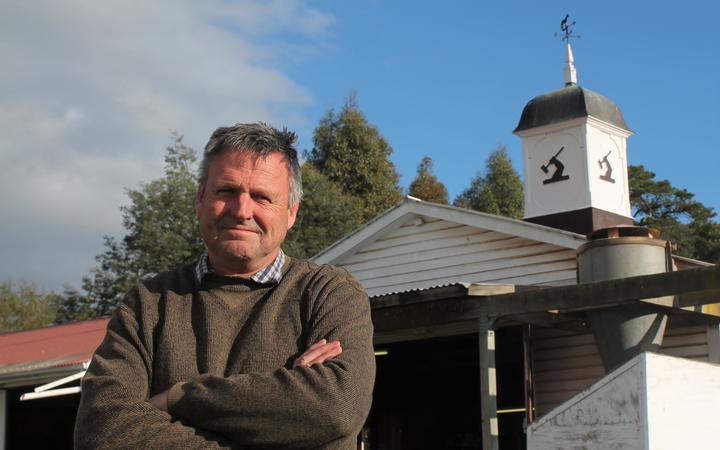 George Wood outside the Wood Mallets factory near Otane Photo: RNZ/Sally Round

The game of croquet is taking off around the world and a small factory in rural Hawke's Bay is reaping the benefits.

Wood Mallets produces polo sticks and croquet mallets and exports them around the globe.

George Wood established the business with his father nearly 40 years ago and it is still going strong.

George says, while demand for polo sticks is down since the global pandemic took hold, croquet is a different story.

"Fortunately croquet mallets have been our biggest earner," he said.

From a cluster of former farm buildings on the outskirts of Ōtāne, the mallets and sticks are packaged up and freighted off to some 50 countries, their main destinations - America, Australia and England.

George said he produced the biggest selling mallet in the world, sending off an average of 80 each week, and keeping the courier company busy.

Both sports have changed in the time he's been in the business. Golf croquet and indoor arena polo are now the most popular forms of the sport, according to George.

"A lot of people's idea of croquet is Association Rules which is outdated and a much slower, harder, more difficult game to get your head around."

Some of the best players of golf croquet are 16 years old, he said.

"They can be out there playing with 80-year-olds on the same level.

"It doesn't even hurt. You can play all day."

George, a former polo player, has taken up croquet himself.

He and his father went into partnership making mallets in 1982.

"I was trying to play polo for a living and it didn't make any money so I started fixing polo sticks and then I started making them and then croquet mallets came along and someone said, would you make a mallet."

While the success of his business "sounded like a fairytale", George said it had been a lot of hard work.

He puts the rise in the croquet mallet business lately to having a huge online presence.

"New Zealand's probably had more mallet makers than any other country.

George has a small and cosmopolitan team. 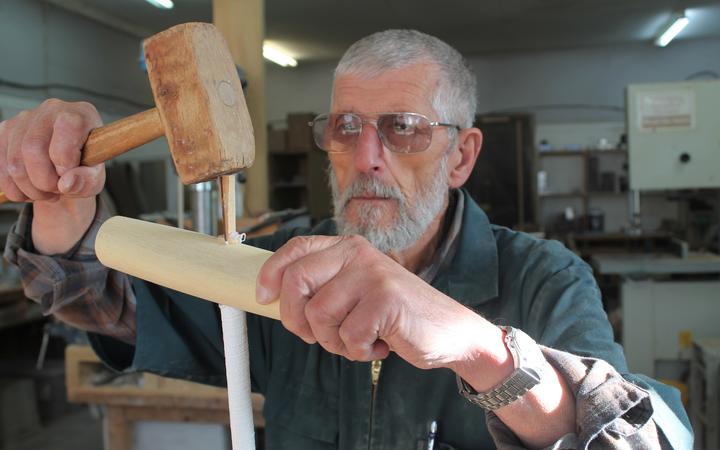 Fidel Russ at work at the Wood Mallets workshop in Hawke's Bay Photo: RNZ/Sally Round

Workers hail from nearby Waipukurau, Portugal and Argentina, including Fidel Russ.

At the age of 81, the Argentinian still works four days a week after joining 32 years ago.

George described him as a master craftsman, although Fidel said he was still learning.

Finding craftspeople, like Fidel, was the biggest challenge for the business, George said.

"Who are craftsmen? You don't know until you've actually employed them for a year."

With a lot of the components for the sets coming from Covid-ravaged India, supply would be the next issue of concern, George said.

"We know we're going to run out of stuff pretty soon."

Meanwhile, research and development of mallets take up a lot of George's time.

"Croquet mallets are the same. What makes a good mallet is taking the weight out of the handle and putting it at the very ends of the head so it's more efficient ... doing it so it looks good and feels good takes a fair bit of development, practice, trials, error, mistakes."

Many polo players prefer the feel of natural cane to composite materials and George normally travels to Indonesia to select the cane himself, something he can't see happening at the moment.

Besides, it is a very limited resource and the game is changing, he said.

Arena polo is played indoors with an inflatable ball and George has developed a special mallet with a lighter, more powerful composite shaft.

"That is the future of polo mallets. It's taking people a long time to come around to it.

"I'm telling people now you're not going to be playing with cane mallets in ten years time."