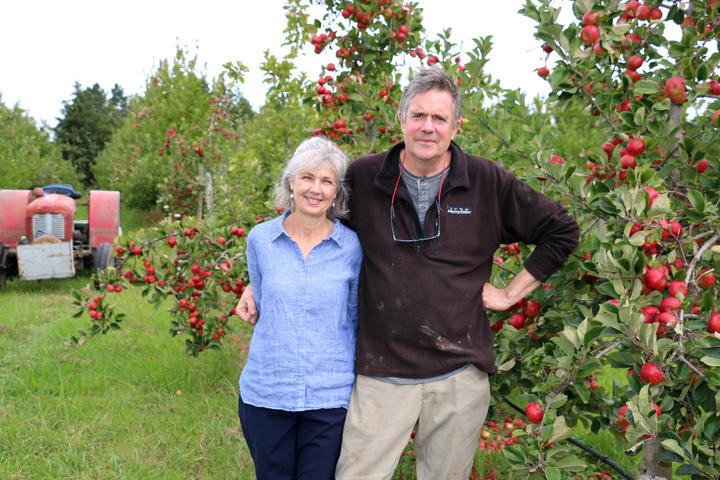 Thirty varieties of cider apples are growing in Caroline and Alex Peckham's orchard in Upper Moutere. Fruit from the 6000 trees is transformed into sparkling cider in the orchard's cidery.

Caroline says generally, the tarter the apple the tastier the cider so the varieties they grow are unlikely to end up in a fruit bowl.

"Most of them are pretty ghastly to eat, but they have beautiful names like Broxwood Foxwhelp, Kingston Black, Tom Putt and Sweet Alford." 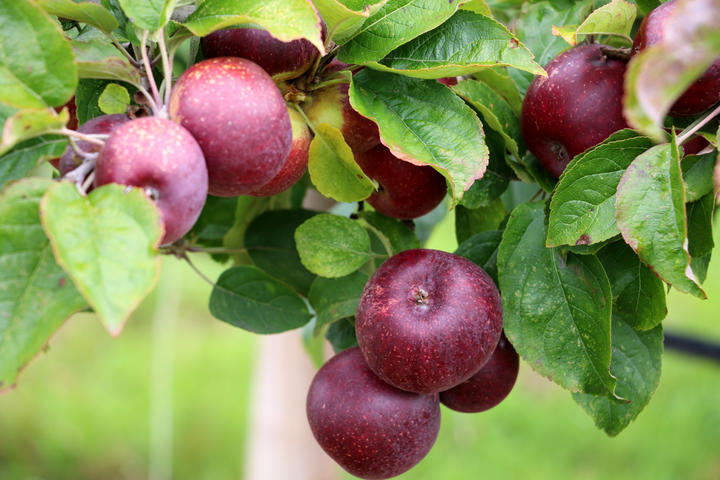 The Peckhams have just released a single variety cider from the Broxwood Foxwhelp apple which, historically, was highly sought after by cider aficionados.

"In the 18th century a barrel of Foxwhelp cider was as valuable as a barrel of fine French wine," Caroline says.

She says a great single variety cider apple will have plenty of tannins, acidity and sugar in equal measure and should result in a complex and full-bodied cider.

"Most apples don't have all those attributes though, so making good cider is not only about growing the right fruit but it's also about the skill of the cider maker; really understanding the apples and knowing how to blend the different varieties to get a well-balanced cider." 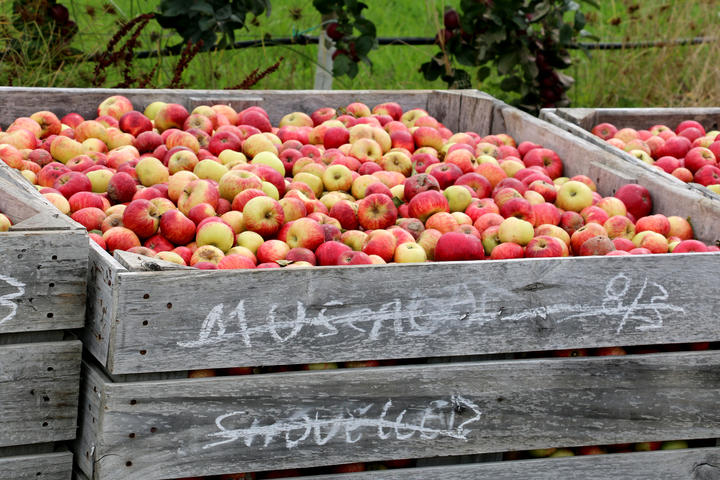 Apples waiting to be pressed and made into cider Photo: RNZ / Cosmo Kentish-Barnes

She says their orchard was originally planted in boysenberries and dessert apple trees so she and Alex had to source and graft heritage cider varieties onto the existing apple root-stock.

Finding old cider apples took a lot of research which included talking to the families of people who had brought in trees from the United Kingdom and perusing hand written orchard maps.

The Peckhams were fortunate to be able to collect graft wood from an abandoned orchard in Canterbury that was about to be ripped out for a housing development.

"The great joy in all of this is that we are using heritage apples that have been around for thousands of years, and have been specially designed and kept because they make a good cider." 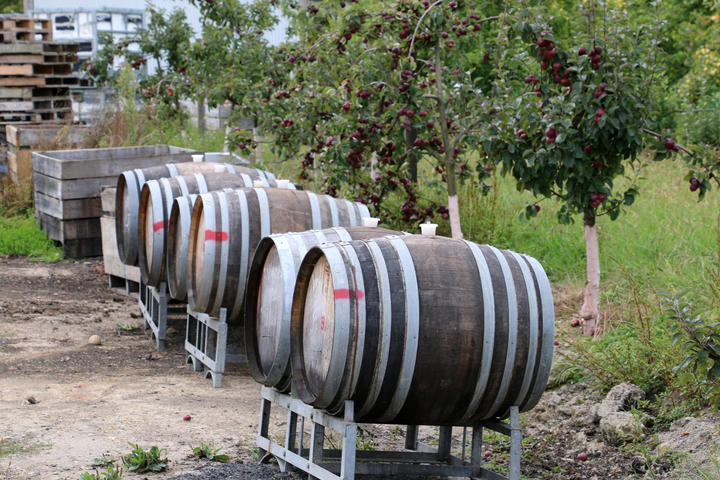 Alex is the main cider maker and one of his most popular brews is the off-dry 'Moutere' but Caroline says the most successful offering is probably their 'Reserve Dry', a cider with no residual sugar.

"It's won various awards but it's got this loyal following and people were coming to us and saying, 'wow, at last a bone-dry cider that is fantastic', and that really took us by surprise."

Business is going well for the Upper Moutere cidery, which puts out a new release most months. As well as selling locally, their cider can now be found in the United States, Taiwan, Hong Kong and Japan. 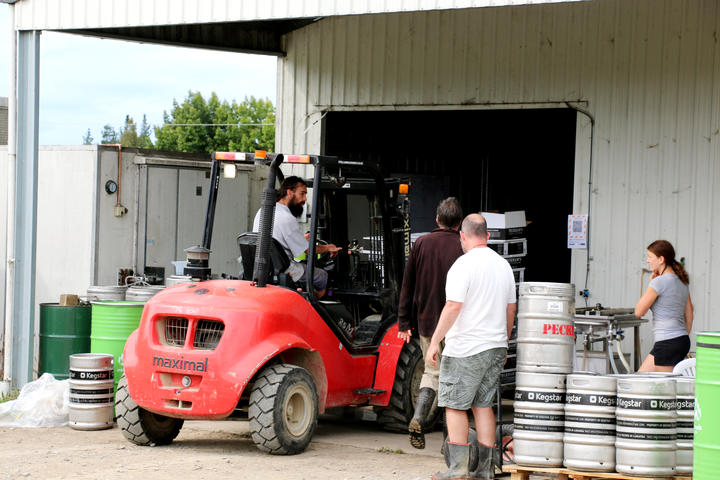 The cidery is situated in the middle of the orchard Photo: RNZ / Cosmo Kentish-Barnes