More people have turned to growing their own food in Fiji to survive the pandemic. People "are on the brink", according to one local charity, but desperate times have also sparked innovation and enterprise in the food sector. 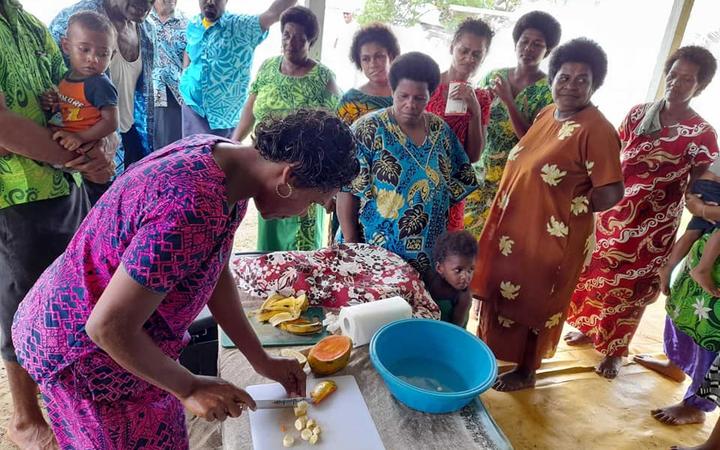 The charity (its full name is Foundation for Rural Integrated Enterprises & Development) works on alleviating poverty in the country, helping people to believe in themselves using their natural skills and resources, according to founder Sashi Kiran.

Its role is all the more important now with tourism at a standstill because of the Covid-19 pandemic.

"When tourism went, something like 150,000 people lost their jobs," Kiran said. About half of the population has been impacted when you take into account their dependants.

Tropical cyclones and flooding have worsened the situation further.

FRIEND has kicked into higher gear in recent months to help people grow food to survive, especially with the prevalence of malnutrition and diseases like diabetes.

The once-thriving tourism sector, bringing in 40 percent of the country's income, meant generations had not had to get their hands dirty, Kiran said.

"To get into replanting needed a different mindset and while most people went into root crops which was easier we had to keep focusing on a diverse range of nutritious vegetables to make sure the family is eating enough," she said.

"We are basically trying to bring traditional recipes back onto the shelves. While we do that we work on health empowerment because NCDs (are) quite rife, malnutrition is rife."

As breadwinners started to lose their jobs, people who had access to land moved back and went into high gear planting vegetables, she said.

The downturn brought families together finding places to garden and exchanging seeds. 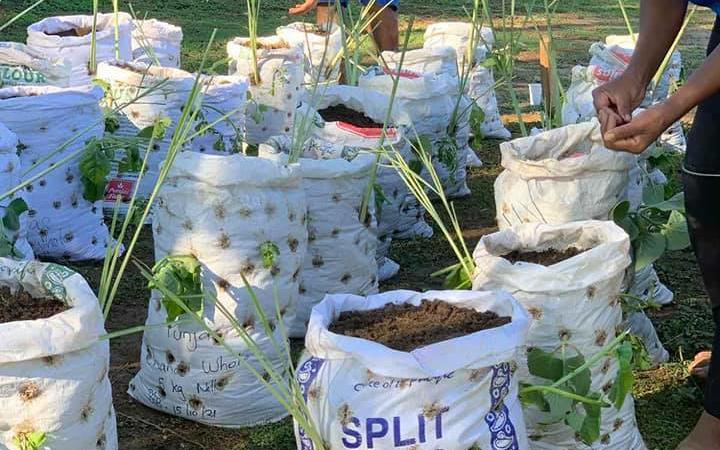 Sack gardens for Nadi where low lying communities have been struggling to grow food in the floods. Each sack has eight types of crops to ensure nutrition diversity. Photo: Supplied

"Now there's an abundance of tapioca and cassava.

"And it's gluten-free which is amazing because normally it would just be boiled or put in the lovo or traded or sold."

She says good things have come out of the need to turn to the land.

"There is enough interest for export and from New Zealand on sourcing organic vegetables and spices and herbs from Fiji.

"So that's given additional impetus and encouragement for people to actually work on it commercially to be able to sell it."

People have also turned to less traditional and fast-growing crops like mushrooms, with help from the charity.

"Mushrooms are so quick and easy to grow and it requires such little space, so for Nadi in particular ... the uptake has been good and people are very excited.

"There's a lot of interest now in cooking mushrooms and value-adding and being able to sell it."

Kiran said people had been coping but it was an "extreme struggle".

"What we've seen is much more innovation. People who are skilled have turned to innovation and created a lot of little enterprises so they are able to support the family but it has been a very difficult journey especially with continuous rain this year which has damaged the crops.

"Families are resilient but it is really at the brink. People are running out of their savings .... so it's not easy." 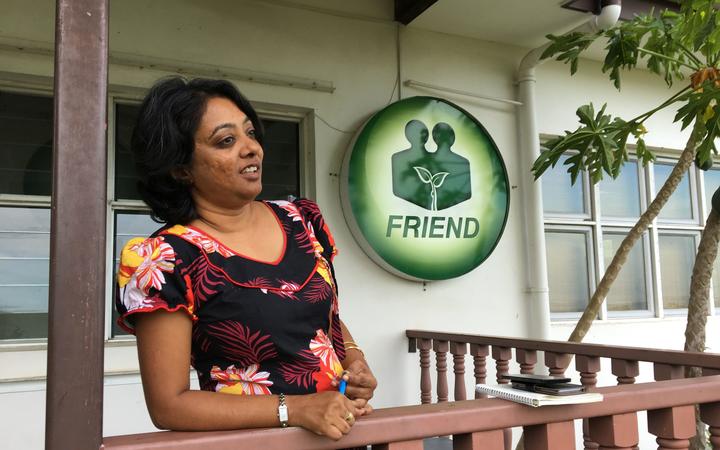 Sashi Kiran at the headquarters of FRIEND in Fiji Photo: RNZ/Sally Round