An angel on the trail 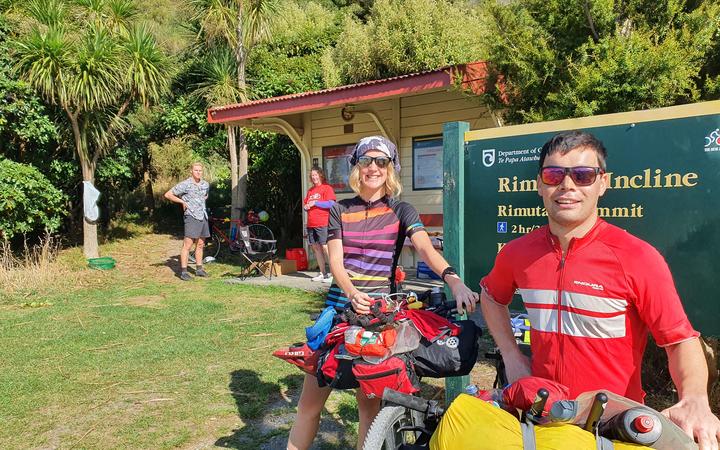 Emily Melhuish and Haydn Ngan with Mary Nettle in the background Photo: RNZ/Sally Round

Tour Aotearoa cyclists Emily Melhuish and Haydn Ngan were running low on water after a long hill climb, when they spotted a woman with a bottle of water and a muesli bar, waving.

"We're like, is that a mirage?" Emily says with a laugh.

It was no mirage, but a so-called trail angel named Mary Nettle.

Mary feeds and waters bikepackers on the 3000km Tour Aotearoa from her campervan. She mostly stays around her small Manawatū community of Pohangina but sometimes she drives to other places to support the cyclists, raising funds for the community hall from the money she is paid.

The cyclists carry as little as possible for the journey from Cape Reinga to Bluff and the trail winds through some out of the way places, including tiny rural settlements with not a shop in sight.

The Tour Aotearoa brevet is in its final stages and Country Life meets Mary as she sets up her stall for the last few riders near the halfway point at the base of the Remutaka range. 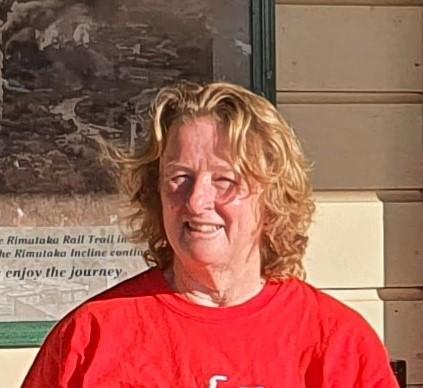 "I said oh, that's a nice name, thank you very much. I am retired and I thought I can do this. It's nice, it's helpful. I'm also quite impressed with what they do."

Other people in the countryside help out the cyclists too; farmers offering water from their taps, people with fruit trees leaving a help-yourself box of plums at their gate and farm kids riding alongside before waving the bikers on their way.

"They're sort of guests throughout New Zealand," Mary says.