New grower on the block

Cabbages, broccoli and cauliflower are now grown on his 2,000-hectare station, alongside sheep, beef, barley, maize, wheat and oats. 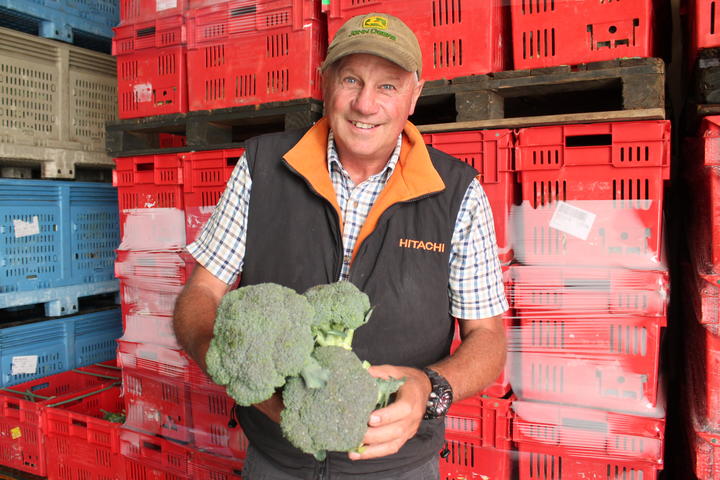 Hew fires a cabbage into a bin like a basketball.

"It's pretty tough," he laughs.

Hew and his brother Roger own Waitatapia Station, a property that stretches over more than 2,000 hectares near Bulls.

Roger looks after the animals and Hew takes care of the crops.

For decades he's grown wheat, barley, maize and oats, but three years ago decided to add fresh vegetables to the mix.

Some of the produce is harvested and sent straight to Speirs Foods in Marton to be used in ready-made salads sold in supermarkets around the country.

Sweetcorn and peas are trucked to McCain in Hawkes Bay to be frozen.

Hew says he's been surprised at the intensity of growing fresh vegetables.

"It's relentless, absolutely relentless. When they are ready they've got to go...get a burst of heat and a bit of rain and whoompha! 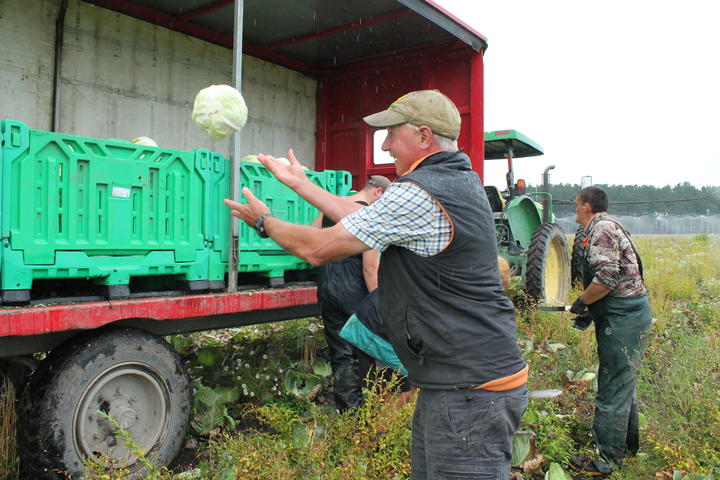