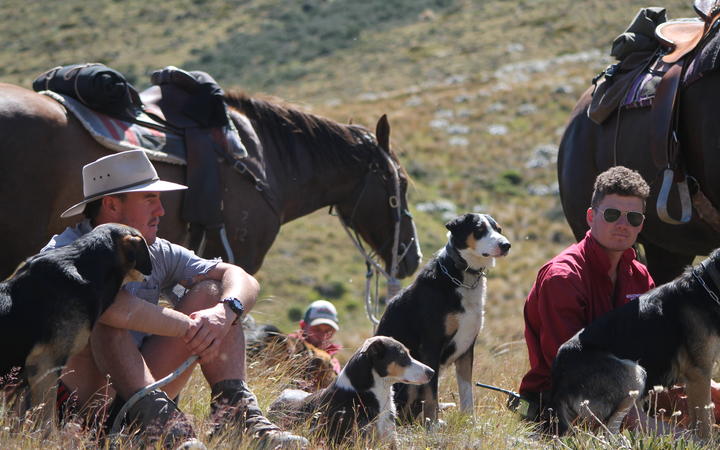 Stockmen resting after a cattle muster at Molesworth Photo: RNZ/Sally Round

It's an early start for the musterers at Molesworth Station. The bulls are out with the cows for the mating season and the stockmen need to beat the heat. Country Life producer Sally Round spent a day with the musterers, the farmer and the cook, peeling back some of the mystique of New Zealand's most famous farm.

Duncan, Connell, Josh and Liam are up before the birds.

Head torches on, they catch their horses before tucking into a pile of bacon and eggs in the kitchen at Tarndale.

The homestead there is one of Molesworth Station's far-flung camps where the musterers can have a feed and bed down for the night while working on the furthest reaches of the 180,470-hectare property. 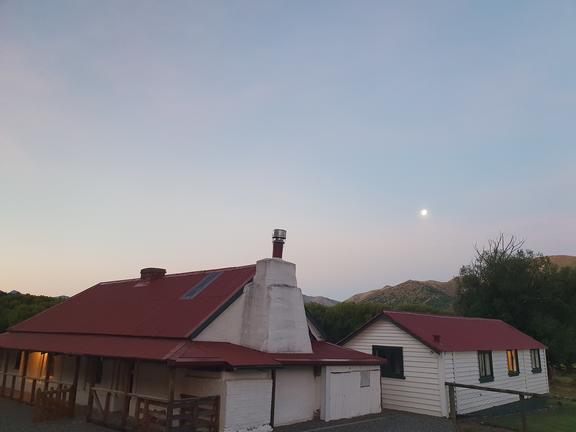 Molesworth, in the backcountry of Marlborough, has a mystique and mana which few other high country farms can match.

It brings out the best in people, according to farm manager Jim Ward.

"It's land that we all have an empathy with," he says.

"Since I've been here six sets of ashes of stockmen have been spread at Tarndale. It really gets inside your bones, I tell you."

The engine of a dusty ex-army truck thrums in the dark as Duncan saddles up.

The horses, dogs and men have a lot of ground to cover so they use a Unimog for the hour-long drive to their start point on the western flank of the property.

Steep scree-laden ranges, stony river beds and a climate that can switch from achingly hot and dry to well below freezing in a matter of days mean the horses are purpose-bred on the property.

Duncan leads his horse, Roger, to the truck.

A couple of dozen dogs, yelping with excitement hop in behind. 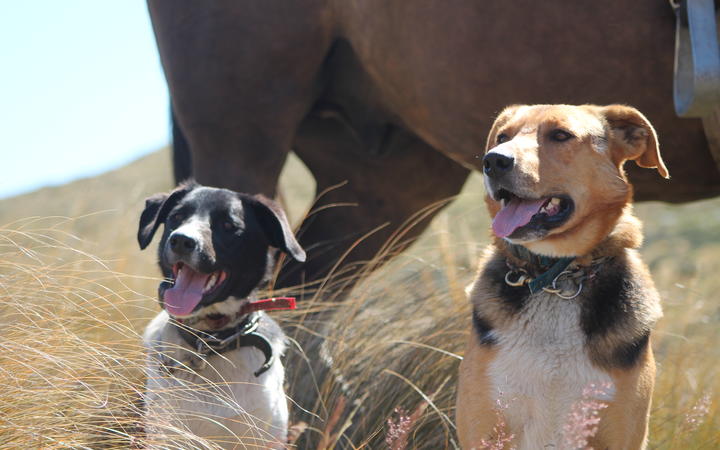 Dogs taking a rest after a morning's work mustering cattle Photo: RNZ/Sally Round

Duncan and his fellow musterers pile in the front.

A hint of pink in the eastern sky signals another hot dry day to come.

"When I came here, a fella said to me, there're no other places in New Zealand you can saddle your horse every morning and let your dogs off to go to work," Duncan says. 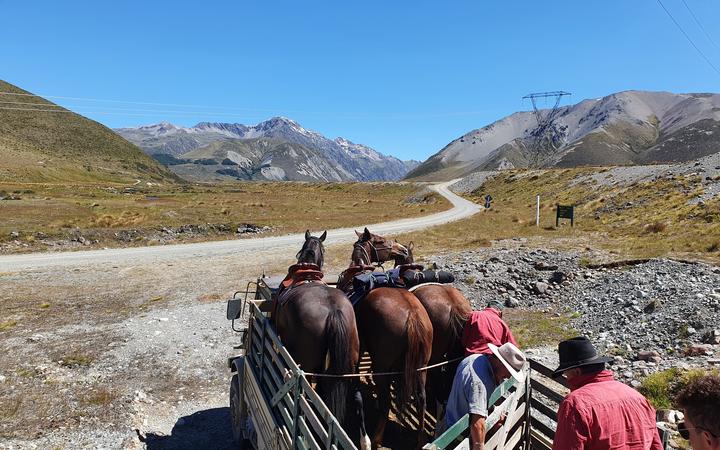 Ex-army trucks are used to transport the horses, dogs and musterers to work on vast Molesworth Station Photo: RNZ/Sally Round

Take a look at the gallery of images below for more on the story. 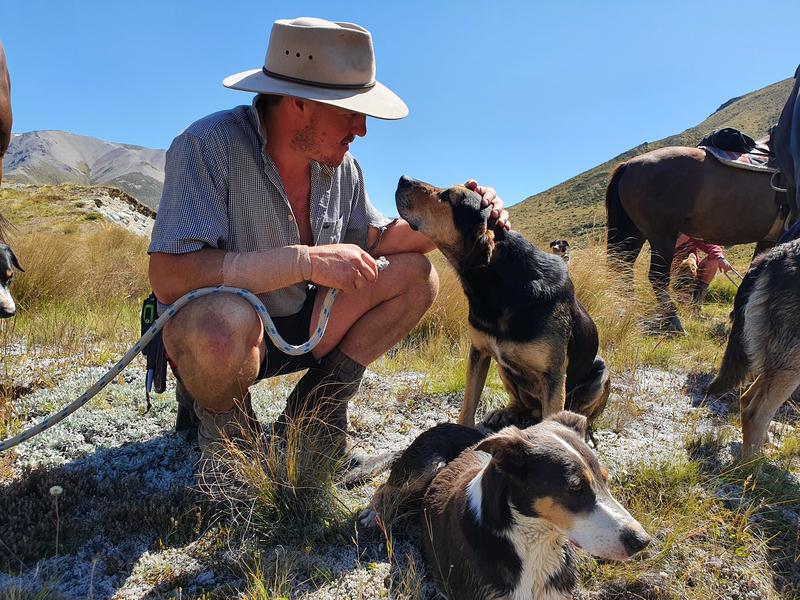 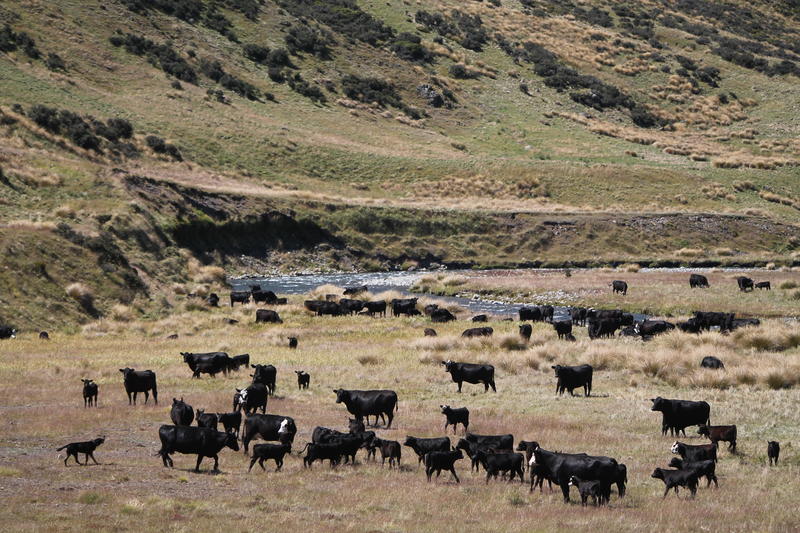 The bulls are out with the cows. Mating season at Molesworth. 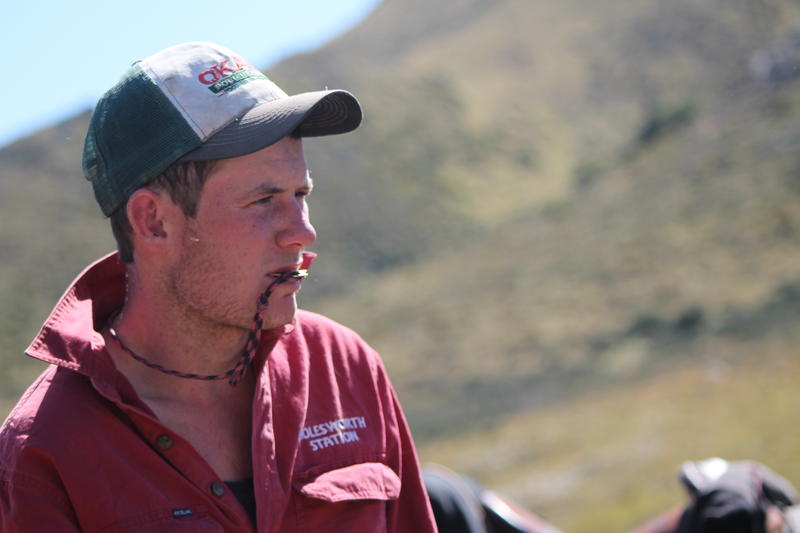 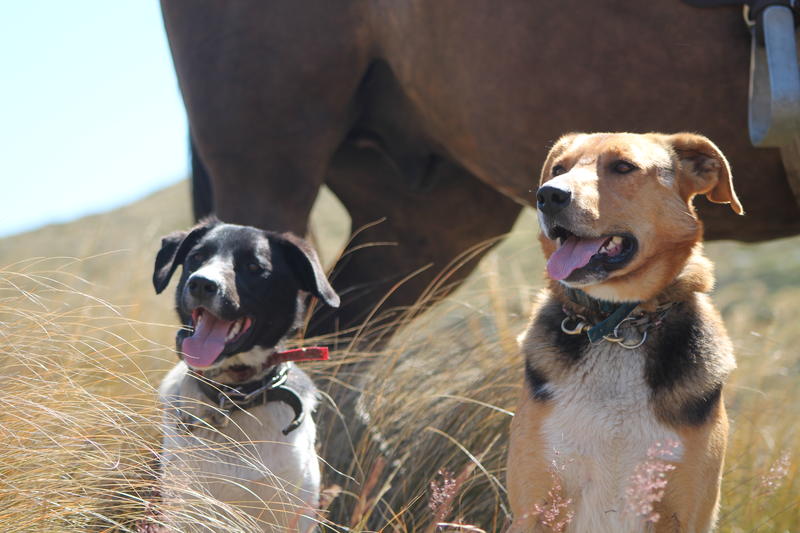 A morning's work done for these dogs. 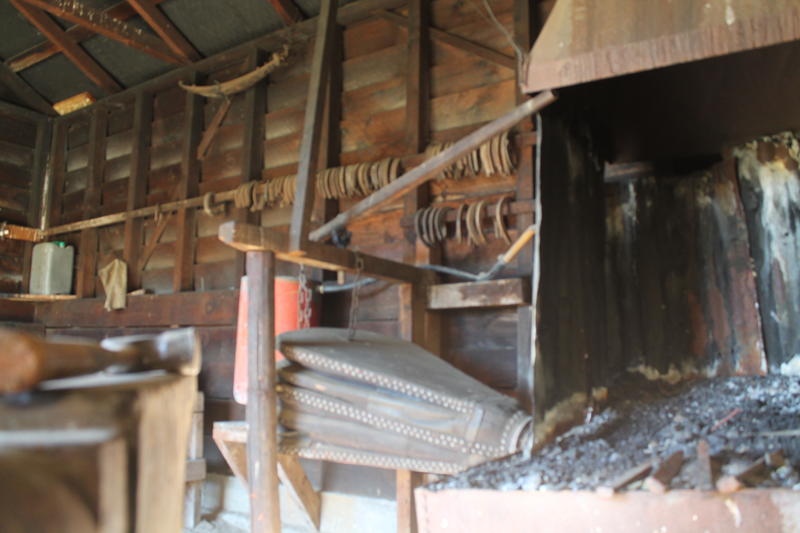 The smithy at Tarndale, one of the "camps" musterers use for overnight stays. 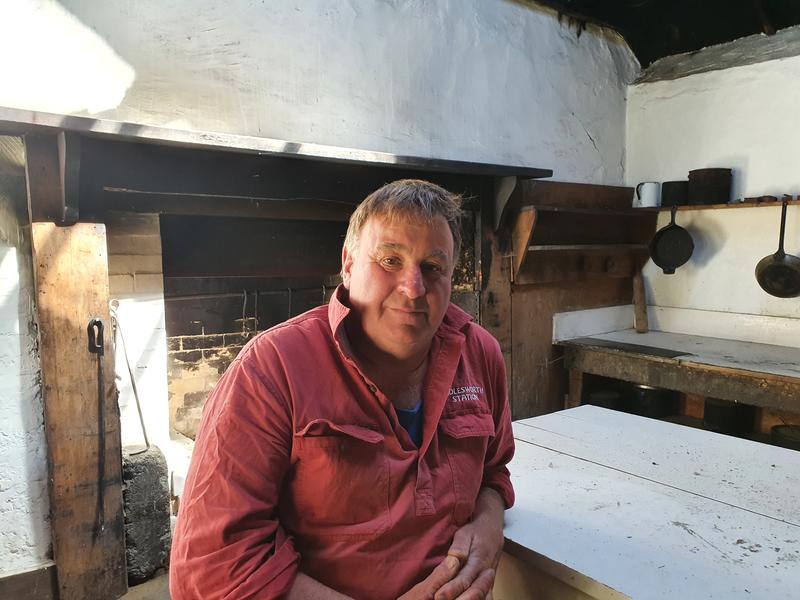 Jim Ward, Molesworth's manager for the past 20 years. He's sitting in the restored cob accommodation house at Tarndale. 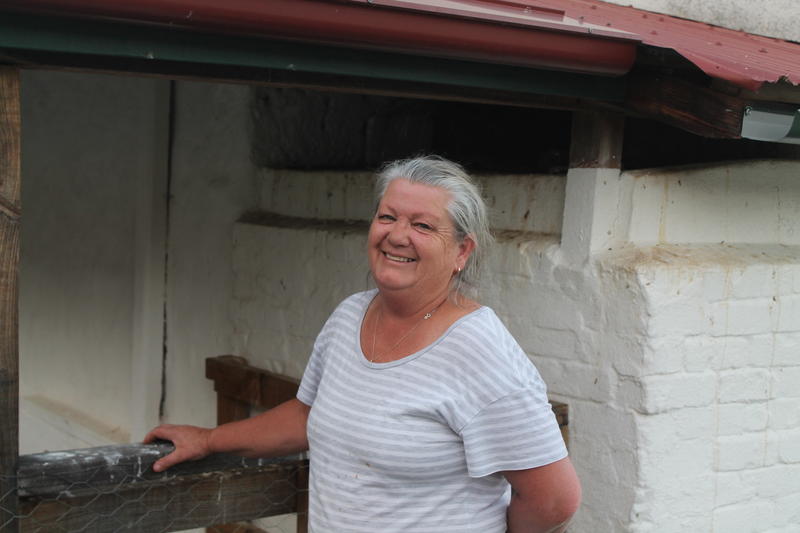 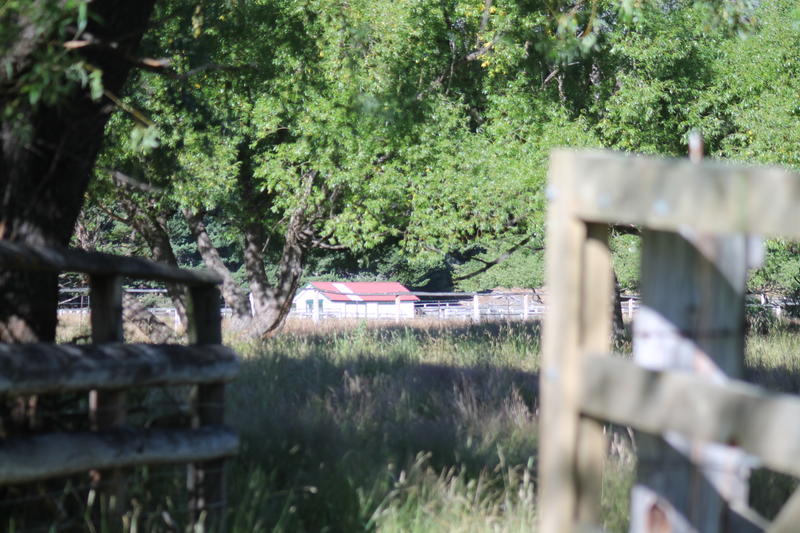 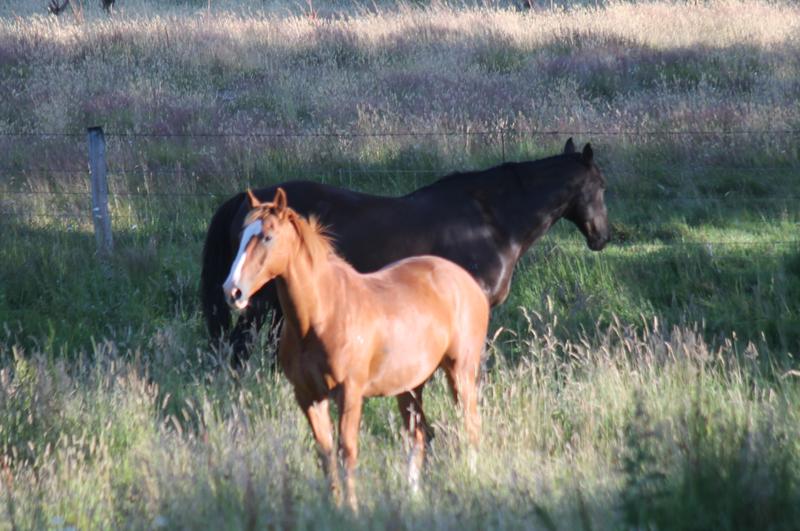 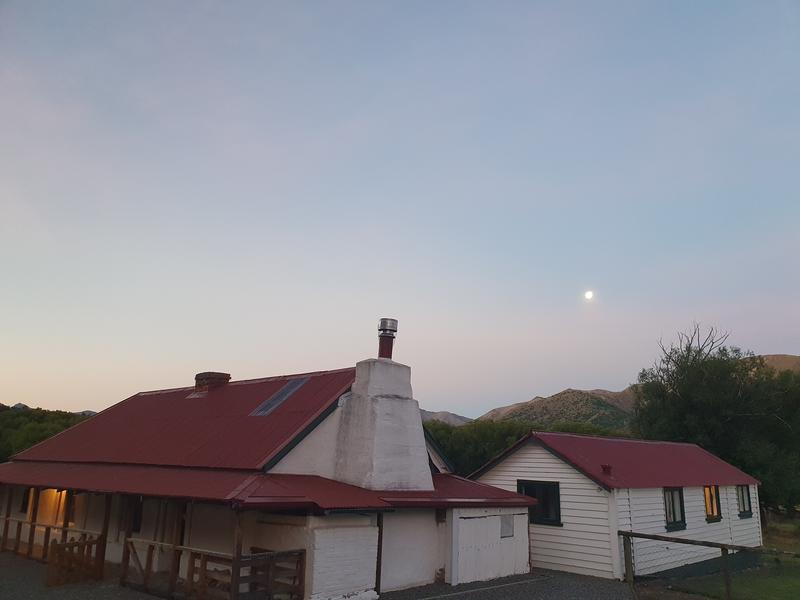 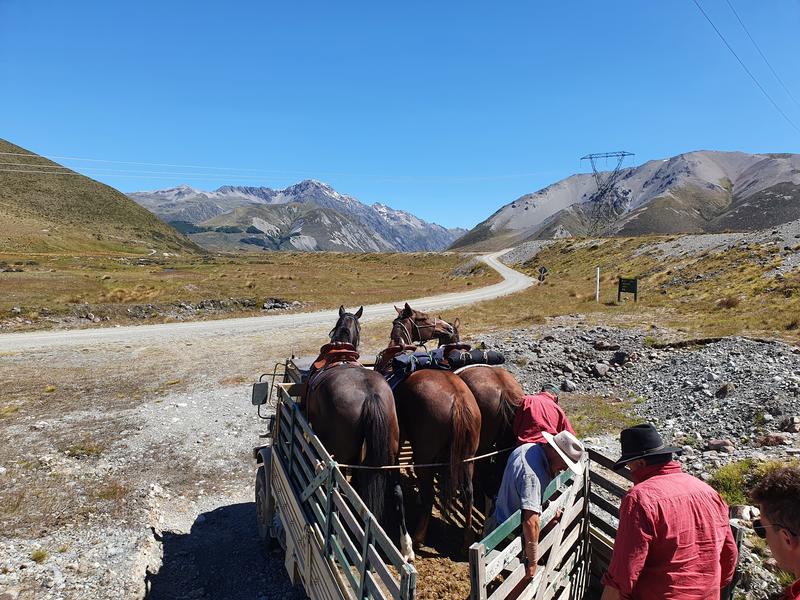 What a morning commute! Unimogs, ex army vehicles, are used to transport the musterers, their horses and dogs around Molesworth. 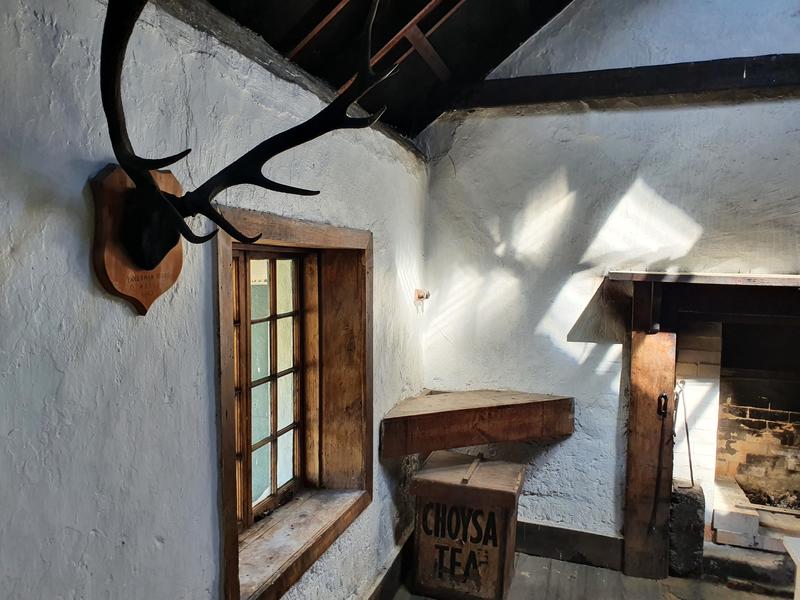 Inside the old cob cookhouse at Tarndale. 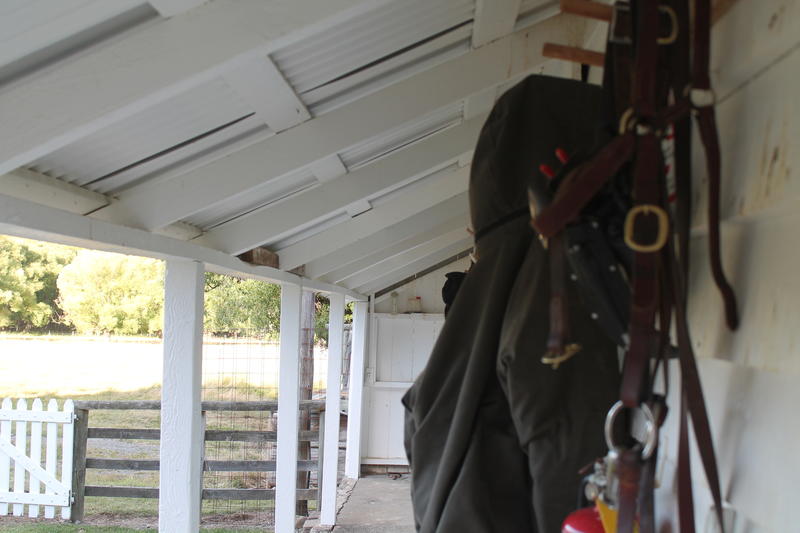 Saddles at the ready 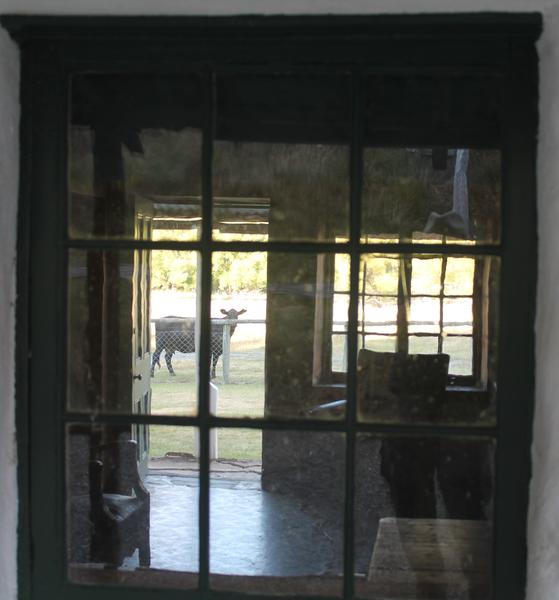 A cow takes a closer peek at the activity at Tarndale where stockmen sometimes stop for a night or two away from the main homestead area. 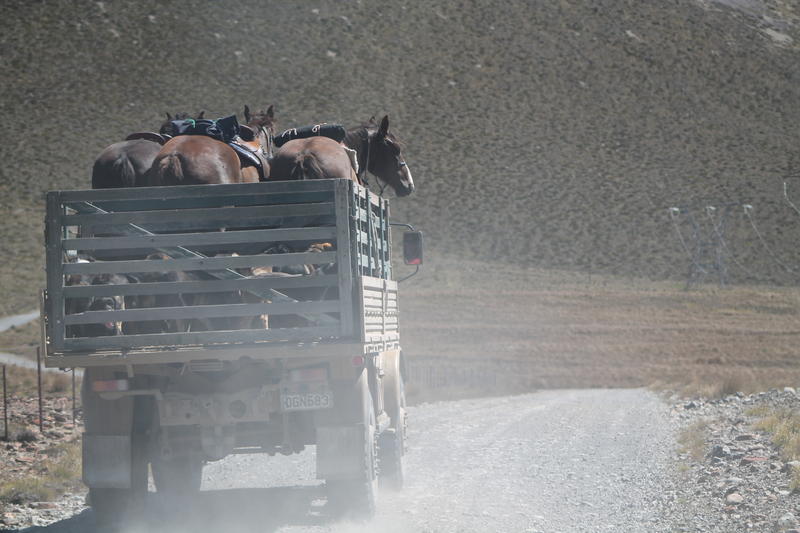 Work is done by mid-morning. 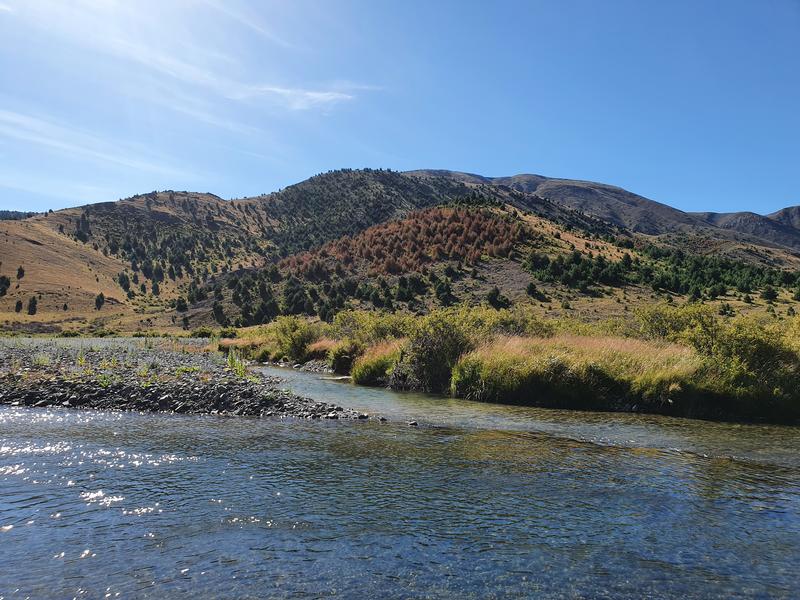 A day in the life of Molesworth Station