Greg Taylor is the son of a bushman and first started working in forests in the 1960s. 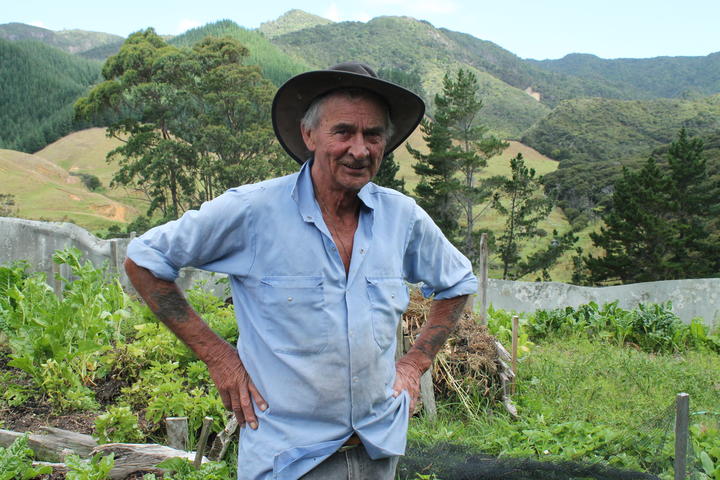 Greg Taylor wants it to rain.

Not so much for the vegetables in his huge veggie patch but for the 'thousands' of kiwis living in the native forest in the hills behind his home.

"They're bloody noisy things...and now it's so dry in the hills they're coming right down close to the flatlands looking for worms because they can't get their beaks through the dirt because it's so dry up in the mountains."

Greg moved to a property near the tiny community of Colville, on the northern Coromandel peninsula more than 40 years ago.

"Once I got here I thought I was home for the first time ever."

The area is known for its windy, narrow roads, picturesque coastline, its artists and for the communities or communes set up there in the 1970s.

Greg, a former forestry worker, wanted to join one.

"I tried to be a hippie but they told me I was too much of a red-neck," he says.

"Mostly they were highly educated ... (and I) didn't fit in. They are on a different wavelength. I like killing things like possums and I like cutting big trees down - the bigger the tree the better."

Greg says he was drawn to the area because it was so remote. His closest neighbours were four kilometres away in one direction and three in the other. 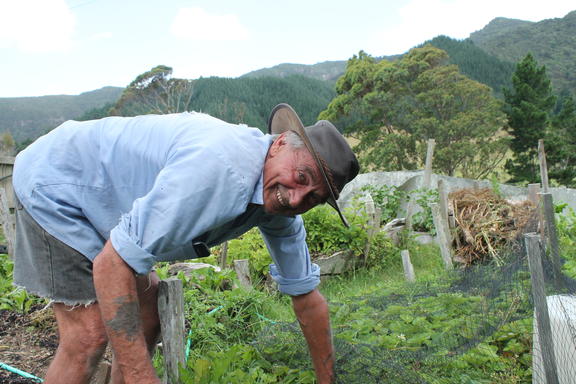 Greg now tends his garden and makes furniture, mainly from macrocarpa or from fallen kauri trees.

And most days, when the flags are out at the end of his driveway, his showroom is open and visitors are welcome.

Greg's rustic furniture has been sent around the world, to America, to Switzerland, the Netherlands and to a castle in Scotland.

"I let the timber tell me what to do with it. Actually, I look at the log and when I mill the log myself I see what I am going to get out of it."