Manawatū dairy farmers Amy and Greg Gemmell are enjoying more family time these days, thanks to three shiny machines in their dairy shed. 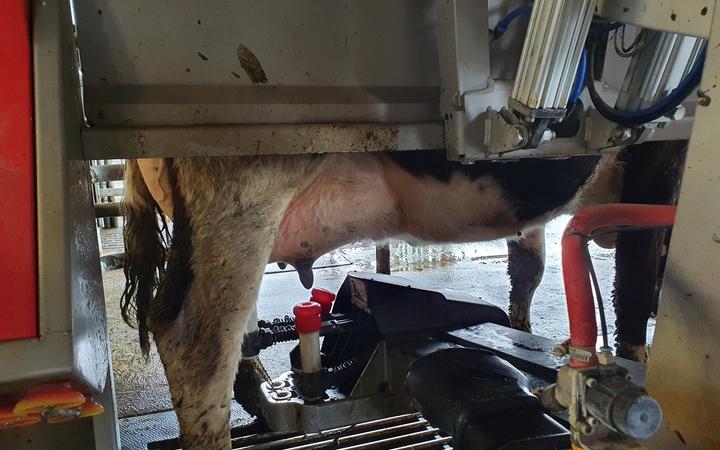 The Gemmells have three robots which milk 24/7 Photo: RNZ/Sally Round

No longer does Greg need to be out of the house before dawn to milk the herd as they have installed robots to do that chore 24/7.

The cows come to the dairy shed whenever they feel like it to be milked.

"They come in when they're ready," Amy says.

"We don't need to push them in or be behind them. They'll come in when they're happy to come in."

That may even be at night and Amy has written a children's book, Midnight Moovers, to illustrate the nocturnal milking that goes on. 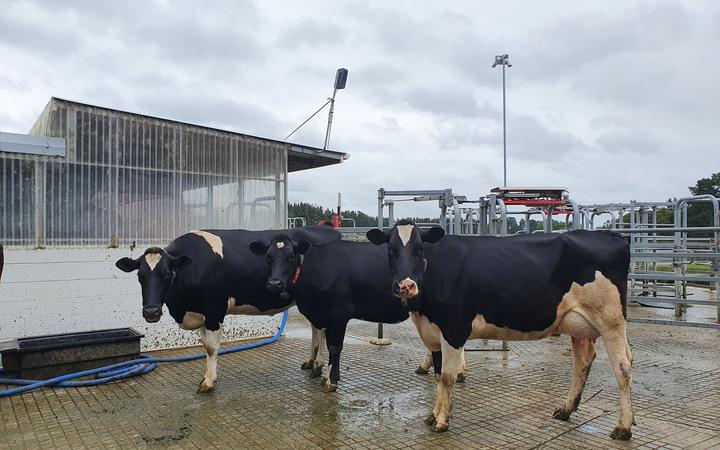 The cows even have their favourite robot. Photo: RNZ/Sally Round

The Gemmells' old herringbone dairy shed was retrofitted with the robots four years ago.

A cow moves into a stall and the robot's arm attaches the cups on to the cow's teats.

It reads a transponder around the cow's neck and can tell if a cow is actually due for milking or not and the exact layout of its udder.

There's a bin of precisely measured tasty goodies which entices the cow into the stall and a backscratcher and the promise of fresh pasture to encourage her out.

The cows even have their favourite robot, Amy says.

"Once the robot arm starts moving they know that it's just about to reopen and they'll start jostling to be in the front to get in next." 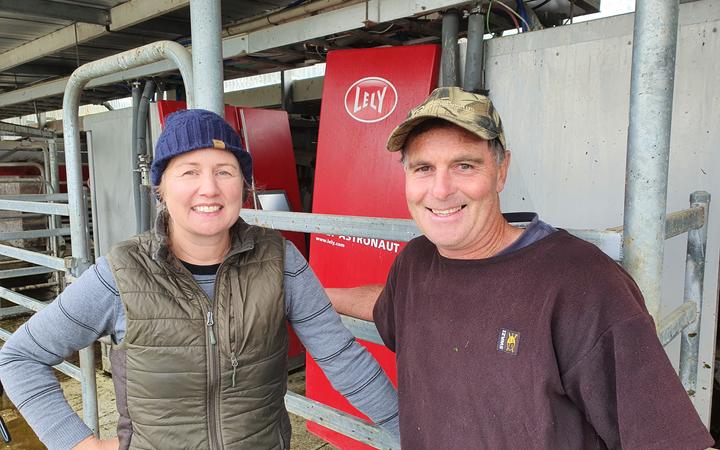 The robots give Amy and Greg Gemmell more flexibility to enjoy family life. Photo: RNZ/Sally Round

Robotic dairy farms are still a novelty in New Zealand, unlike overseas where it's not unusual to find hundreds of cows milked and housed in fully automated barns.

The Gemmells were the first dairy farmers in the lower North Island to go robotic. Now there are a few other automated systems in the neighbourhood.

Milk production from their 200-strong herd went up twenty percent in the first year and they've seen improvements in the cows' health, Greg says.

"The operation runs a lot better without humans here.

"I come around to do a breakdown in the middle of the night ... and they want to know what I'm doing here."

He enjoys his role, which now is more as a supervisor than a hands-on farmer and he also gets a kick out of taking tours of the farm.

Many of the people who visit are older and have milked by hand sitting on a stool.

"When they walk out of here you can see the glimmer in their eyes and their mouths are wide open," he says.

In answer to critics who fear jobs will be lost as a result of the move to robotics, the Gemmells say the technology has spawned new jobs servicing the units. Because of the flexibility, it has also given Amy a pathway onto the farm. 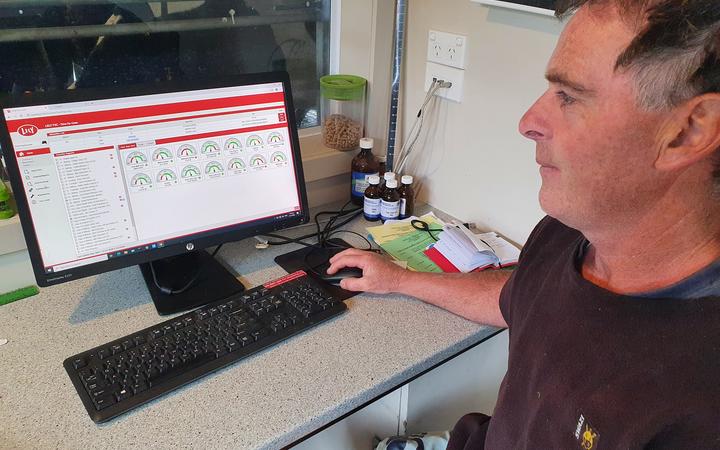 The robotic system transmits information on cow health and milk quality which Greg can read remotely or from his office at the dairy shed Photo: RNZ/Sally Round

The couple say the $1 million robotic revamp has also revamped their lives.

"It's changed it hugely so Greg's at home at breakfast time now with the children and helping get them ready for school.

"Sometimes he'll come out on to the farm at nine whereas he's always in the past been up and gone at five."

Giving the "girls" a little more control over their milking has improved life for them too, Amy says. 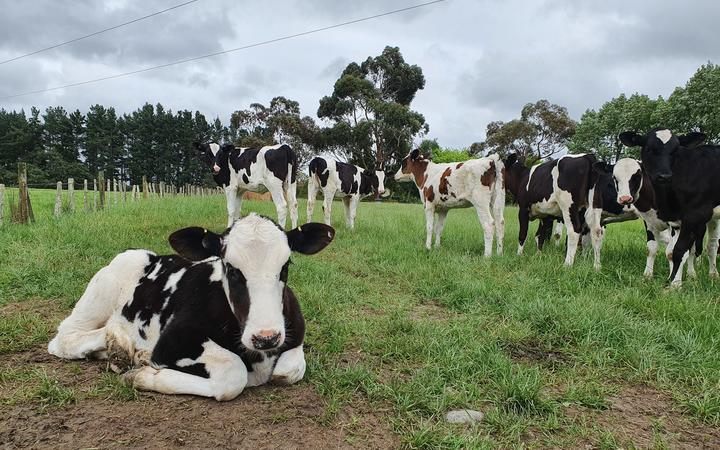