Keen bakers around the country are making muffins with flour milled by a cocky from Canterbury.

Marty Scurr is a cropping farmer at Sheffield and is milling his own wheat using a stone mill he imported from Austria last year.

"It's basically a large scale trial to see if it works, and it's terribly inefficient for time, but it's looking promising!"

He believes he's the only conventional farmer in the country milling grain to make flour. Currently he's growing three varieties of single-origin milling wheat for the process.

At a cost of $20,000, the wooden machine produces about 40 kilograms of high quality flour an hour.

The mill has two large stones that grind the grain and because it is manually controlled, it demands time-honoured skills from the budding miller.

"You've got to have it running through at the right speed with the stones at the right gap. If you put it through too quickly it generates too much heat. It can damage the starch in the flour, then it won't have very good baking characteristics," Marty says.

Marty thinks the timing is right for the business with interest in baking surging since Covid. He says people are also keen to know where their food comes from.

"Usually when you talk to someone, the first questions they ask is 'is it organic?' and 'do you use Round-up?' and I explain to them that we do use glyphosate on the farm but it's very strategic where we use it."

Marty has called the business Minchins Milling after the road on which the family farm, Riverview, is found. 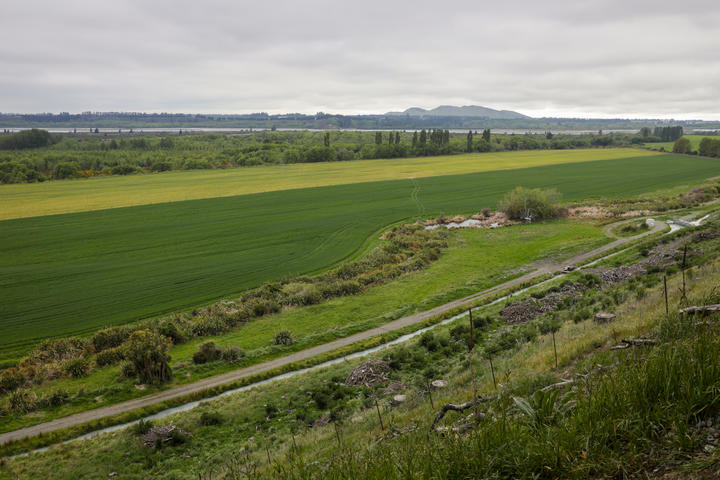 Most of the stone-ground flour is sold online. The latest offering comes from a crop of spray-free wheat.

Marty is buoyed by the feedback he's been getting from customers.

"Normally we grow wheat on farm and it goes on a truck and no one cares about it - it's gone. But what we're doing now is we get people emailing us and sending photos of their baking. It's really exciting."

Riverview Farm was established as a mixed cropping farm by Marty's great grandfather in 1922 and the Scurrs have been working the land ever since.

Currently most of the farm's 198 hectares is under irrigation in crop and Marty says one of his aims is to reduce its carbon footprint.