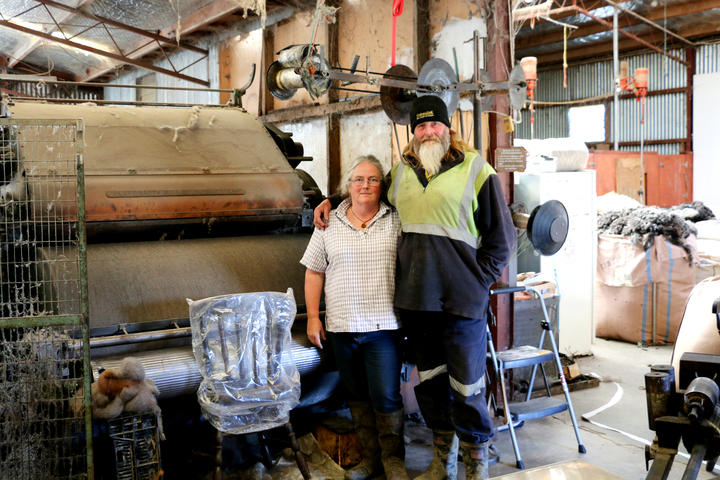 The track leads to a sheep farm where Barb and Stuart Peel run their carding business from a large shed.

Carding is a mechanical process that opens fibres, disentangling them so they can be used for spinning and felting.

The business was started by Stuart's father, Don, who farmed sheep on the 160 hectare property.

He bought two huge carding machines that had been made in Bradford, England, in 1922 and 1951 and shipped to New Zealand where they had been used in a Milton woollen mill.

Stuart took over the running of the farm when his parents retired, but Don was keen to see the carding business continue, so he took on his daughter-in-law Barb as his apprentice. 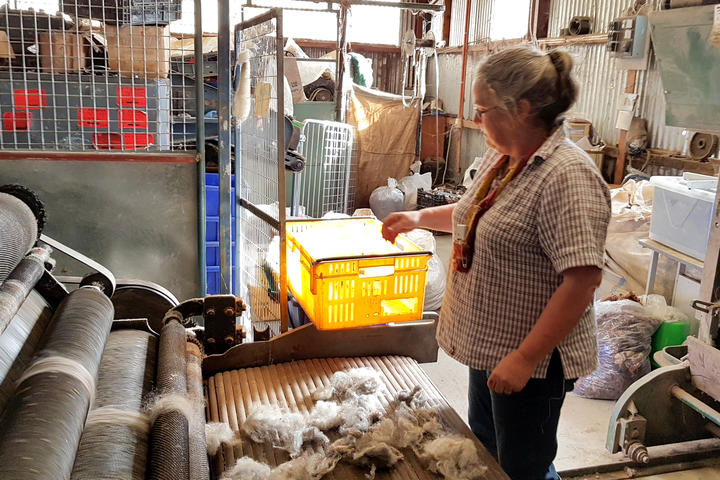 She'd come from Auckland to be with Stuart and had scant knowledge of wool but, with an engineer for a father, had a keen interest in industrial machines.

When Barb started carding 20 years ago the business had 20 different lines of fibres. Now it produces about 80 carded products including natural, dyed and mixed wools.

Products are now sold on Trade Me, via their website and direct from the Tally Ho wool shop in Roxborough, where 85-year-old Don Peel still works.

People also send in their own raw fleece to have it carded. 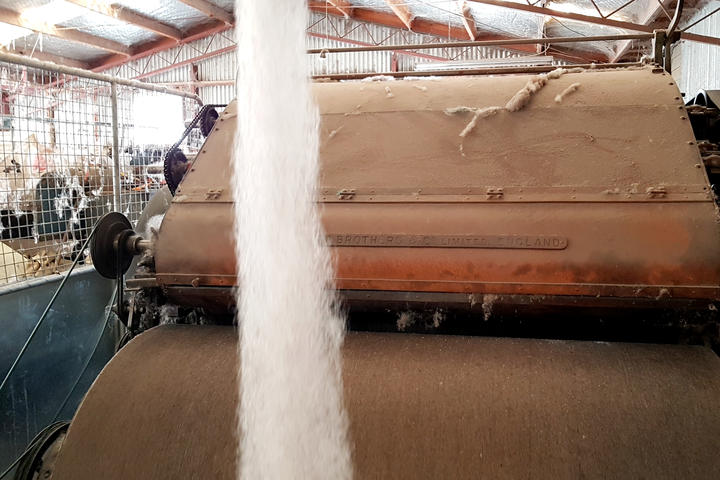 "Everyone's important - from the nana who sends in half a kilo, we'll do it for her, and yet we've just finished another order for a lady for 150 kilos," Barb says.

Orders for Tally Ho carded wool come in from as far afield as Japan and Russia.

"I've even sent some to the North Pole."

Many of the coloured fleeces are from the Peels' own farm where they run 300 sheep.

"I actually buy in the fleece wool from my husband. I pay him 15 times more than what the wool buyer will pay him at the moment!"

Barb also buys a lot of local merino wool. This year she says about five tonnes of fibre will go through the big old carding machine. 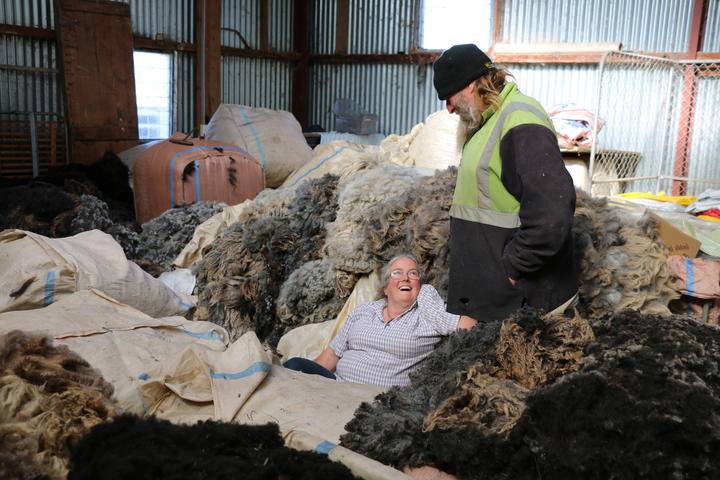