Building up potential of bumblebees

He's part of a team that has developed a way to successfully breed bumblebees and now he'd love to see commercial beekeepers pick up the technology and run with it. 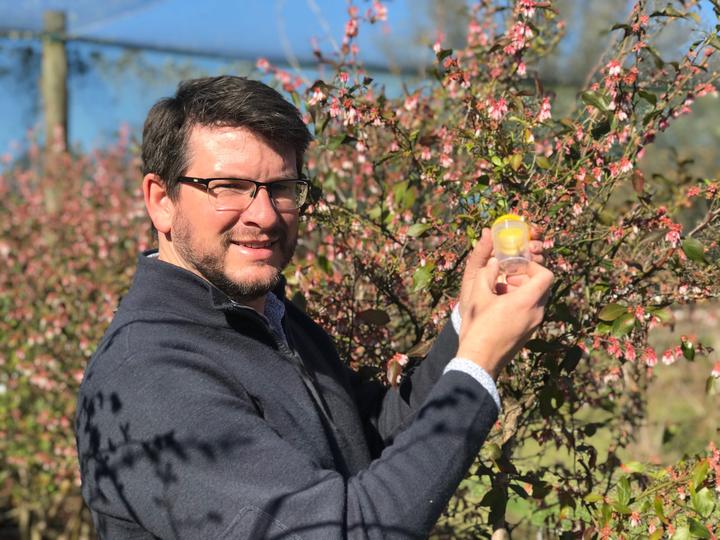 Dr Pattemore says bumblebees complement honey bees. He says they work at different times of the day and can work in higher winds and in the rain.

And he says it makes sense to diversify pollination options.

However, he says the cost of bumblebees needs to come down for them to be an attractive proposition for orchardists.

Four colonies of a few hundred bumblebees are needed to do the same work as a honey bee colony with tens of thousands of bees.

Currently, it costs about $200 for a honey bee colony and at least $130 for a colony of bumblebees.

Dr Pattemore says researchers began by trying to work on where queen bumblebees could nest in an orchard so they could provide more nest sites for orchardists looking to increase their colonies.

"But the one thing we realised in doing that was that what drives the abundance of bumblebees in the orchard is a range of factors. 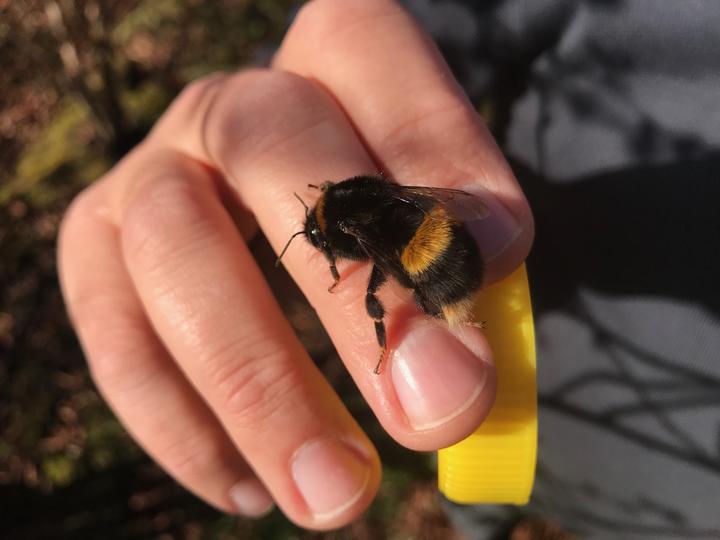 "It could be the abundance in the region, it could be the availability of natural nesting sites. And so we couldn't give a guarantee to any grower about whether an artificial nest site could work for their orchard.

"Even down the road, one orchardist could have great success but someone else would have very little success. So we have moved on from there and the priority is to find a low-cost way to rear colonies so that we can make colonies available for growers to purchase at a price equivalent to honey bee pollinations."

The work grew out of a spike in the price of renting honey bee hives when manuka honey was fetching good prices several years ago.

Increasing the use of bumblebees was a way to diversify options for orchardists and provide a kind of bee insurance.

"The priority is to find a low-cost way to rear colonies so that we can make colonies available for growers to purchase at prices equivalent to honey bee pollinations."

Dr Pattemore says the tomato industry depends on bumblebees because honey bees are ineffective at pollinating tomato plants. Kiwifruit and some stone fruit industries use bumblebees to supplement the work of honey bees.

"What we are trying to do is empower the development of a much larger bumblebee industry so bumblebees become much more common and easily available to growers alongside honey bees."