Worms in the burbs

State house tenants north of Wellington are turning their backyards into small farms and helping to feed hundreds of people with the help of the Common Unity Project Aotearoa, a local charity.

Demand for the produce soared during lockdown and it hasn't stopped since, as Country Life producer Sally Round discovered.

It's a return to the old days when veggie patches ruled on the Hutt Valley's fertile quarter-acre sections.

"I remember my parents being really fond of having their vegetable garden and so it was definitely a new step into a familiar place, I guess,"  says Eden McMahon who is among several tenants involved in the "agri-hood" set up by Common Unity under its Urban Kai initiative. 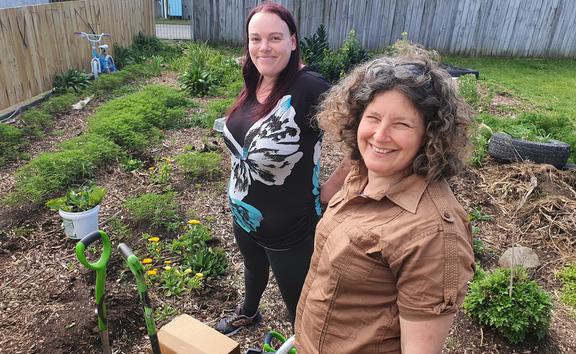 Seedlings and tools are provided, knowledge is exchanged and the surplus food grown is shared with schoolchildren and others in need.

"I try and give back to my community as much as I can ... a lot of it I give to people who I know are in need," Eden says.

The mother-of-one says her daughter loves helping out, they all eat more greens and the food bill's reduced by hundreds of dollars a year.

The area, with its rich river loam soil, used to be known for its market gardens which fed the people of Wellington until the post-war housing boom last century.

"It's so temperate we can grow anything here," says charity founder Julia Milne.

"It's also the birthplace of the state house where we had these quarter-acre sections and a lot of them, fortunately, are still in existence and that was what the government, back in the day, had identified as being the required space for a family to live well on if they were growing their own food." 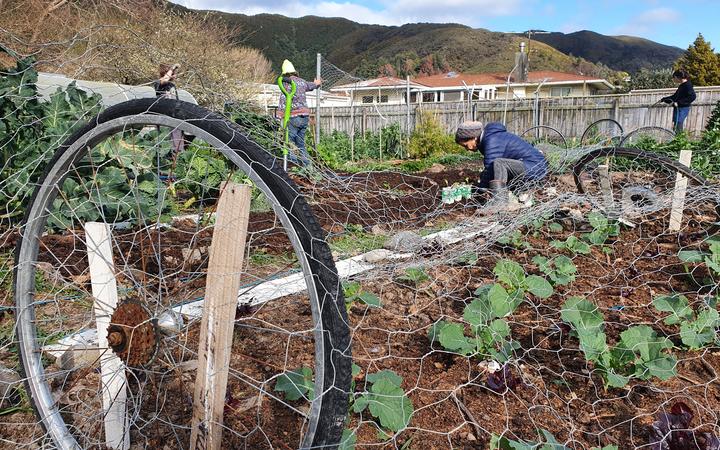 It's hoped Riverside Farm will be upscaled to become a fully productive market garden to meet growing demand Photo: RNZ/Sally Round

"The idea is that it's much easier to do in a group than by yourself," she says.

Vegetables which take up more space, like potatoes and onions, are grown on larger plots at Rimutaka Prison and looked after by the inmates.

Demand for the produce soared during the nationwide lockdown and the prison farms delivered 70 percent of the vegetables which were turned into 2000 meals a week for the local community. Before the lockdown, the charity was producing 600 meals a week from the kitchen attached to the charity's Naenae hub, The Remakery. 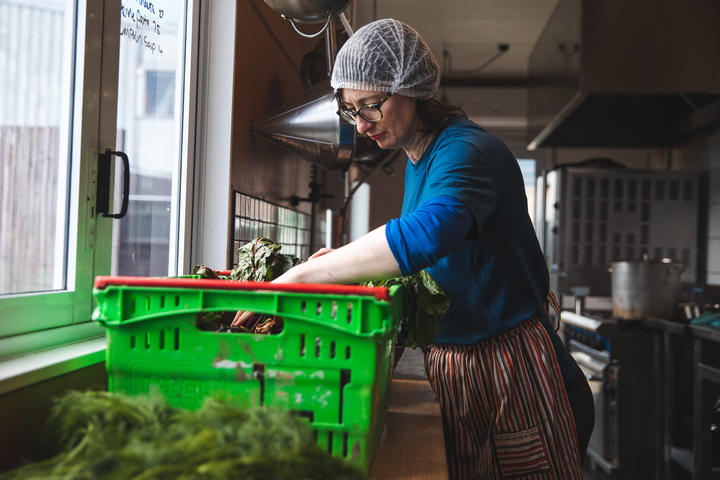 The produce from the micro-farms is turned into hundreds of meals a week to feed local schoolchildren and others in need Photo: RNZ /Dom Thomas

"During lockdown, we were just completely overwhelmed and it was a pretty sad experience actually to not be able to meet all of that demand," Julia says.

"We just discovered family after family that were living in really cramped conditions with maybe one microwave oven."

The demand has not let up and there are plans to turn a community vegetable plot, Riverside Farm, into a fully productive market garden. 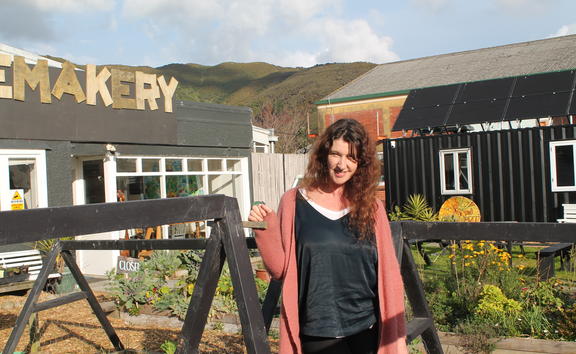 A much larger flagship farm is also in the planning stage and it's hoped to act as a model for other communities around New Zealand.

The need not just for food but local food has become apparent, according to Hannah, who says she was inundated with calls for seeds and seedlings when people were confined to their homes.

"Would you rather stand and queue in a supermarket wearing a mask or would you rather come out in the fresh air and spend a bit of time growing your food?