The End of a Golden Career 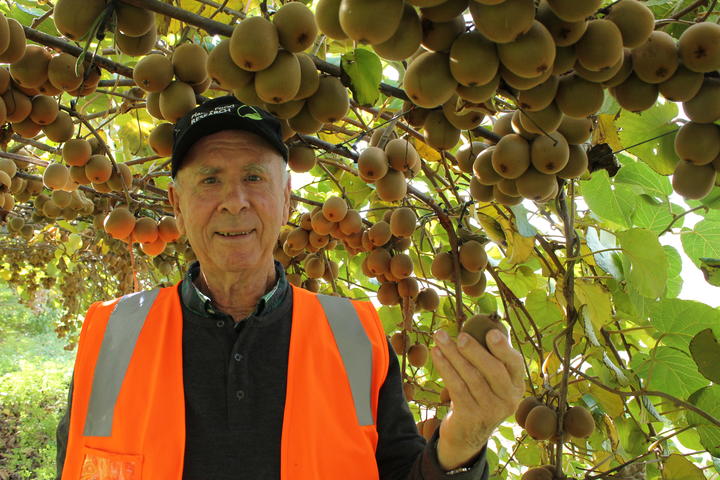 There was not a crop in the ground and Russell's first job was to bang in posts so kiwifruit could be planted.

Now there are more than 40 hectares of fruit planted for research, greenhouses, eight coolstores, purpose-built labs, a packhouse and an office block on site.

Russell is credited with helping develop both Hort 16A, New Zealand's first export gold kiwifruit and SunGold, the fruit it was replaced with when the disease PSA hit.

His first taste of G3, which was later renamed SunGold, was a 'Eureka' moment

There were just four fruit on the seedling, not enough for an official sample so the fruit were left.

"One of our team brought these over mature fruit in and plonked them on the desk ... and cut them open and tasted them and I thought 'wow, fantastic!'. They were so sweet, beautifully smooth texture and quite large and I thought, man, this has got to go somewhere in the future."

Russell is retiring but says he has a new role that will allow him to call into work a couple of days a week to keep an eye on promising kiwifruit that are in development.