On the farm: What's going on around New Zealand 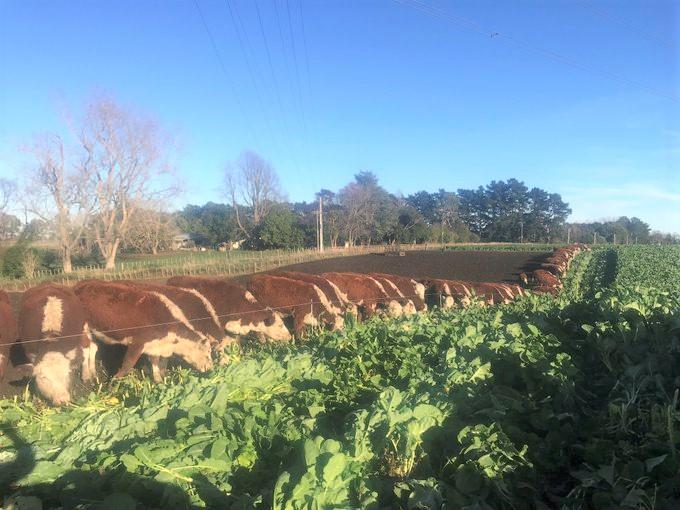 In Northland a farmer says the river and creek levels are finally back to normal levels. The region's had a showery week and in the last few days there's been between 50 to 60 mm's of rain. He says pasture growth's slow but that’s normal for this time of year. Farmers are well into winter mode now and some heavy cattle are off to the works. The schedule for bulls is sitting at $5.30 to $5.50 a kilogram and for cows it's around $4.00.

Around Pukekohe the weather of last week has repeated itself.  It's been fine from Monday to Wednesday and on Thursday 33 mm of rain dampened the area.  A good amount of rainfall with mild conditions has resulted in steady crop growth. It's hoped that enough water will fall to replenish Auckland's storage dams, because Watercare is proposing to extract bore water from a source near Pukekohe and this has sparked fear amongst growers who worry  their water supply will be cut.

In Waikato much of the week felt like it was the middle of spring with temperatures reaching 20 degrees on Monday, but by Thursday it was back to being drizzly and cold. The farmer we spoke to says he was the only one on the farm this week so was sneaking in an extra hour for lunch. He says most of the week has been spent fixing broken fences. Pasture levels in the area are average.

The Thames-Coromandel region was battered with nearly 200mm of rain on Wednesday night and although it caused severe flooding, it didn't do much damage on farmland. A farmer says even through there was plenty of rain there is still a drought because of the short feed supply. A relief fund has been set up by the local council to help farmers purchase extra feed for animals. Farmers will be able to apply for $5000 worth of supplementary feed. 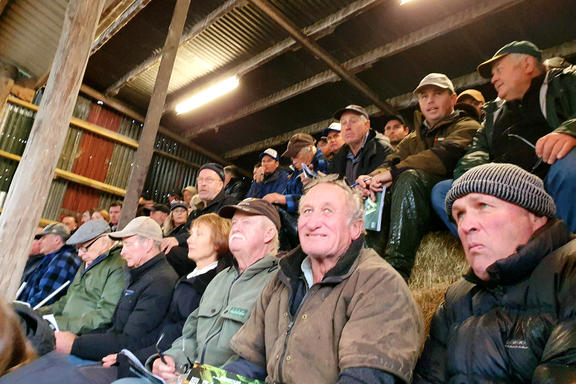 Our contact in Taranaki says the weather's been pretty good. Some good rain last week has helped grass growth, which is above average for this time of the year. Some farms on the coast have started calving but most will be starting around July the 10th.

Heavy rain has not dampened prices fetched at bull sales around Gisborne this week. A bull from Turiroa Angus near Wairoa fetched an eye-watering $104,000 on Wednesday and another Angus sold for $92,000 earlier in the week. And as the rain poured down, farmers and friends packed on to the hay bales in covered yards for a celebratory 100 year sale of Polled Herefords at Wilencote Stud. Prices fetched were also well above expectation.

Hawkes Bay's been wet - steady rain's been falling and temperatures are back a bit. It has been unseasonably warm though so drought-hit farmers are thrilled the conditions have been right for grass growth. Pasture covers are low especially on the hills. The region has a huge feed deficit. Early lambs are bouncing around paddocks - but there's some concern their mums might not have as much to eat as usual. Farmers can't continue feeding out to them because ewes racing to the feed wagon are likely to leave their lambs behind and which could lead to the lambs being mis-mothered and dying. 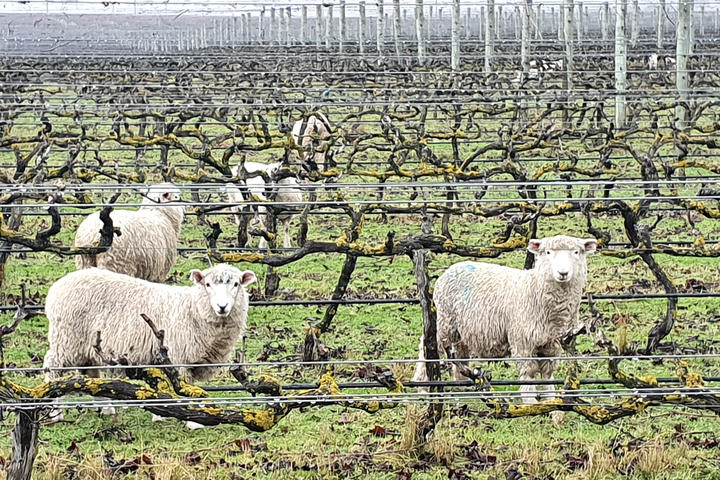 Manawatu spent the week in overcast cloud. The area had about 50mm's of rain last week so it's damp underfoot. Our contact says there is nothing really happening on the farm so he's just watching the grass grow from the comfort of his couch. Calving starts in three weeks.

In Wairarapa conditions have been dull. It's been drizzly and overcast all week but it's still warm. The farmer we rang says it's damp underfoot which is welcomed after the dry summer. He says farmers are busy getting the ewes ready for lambing that starts in mid-July.

Over the Cook Strait in the Nelson region pruning is in full swing on apples, pears, nashis, stone fruit and grapes. With a lot of RSE worker still on the ground the work's well ahead of schedule. Weather-wise it's been mainly fine and warm. There's been some rain too, but more is needed to fill the soil and underground freshwater systems. An apple grower near Richmond is concerned about temperatures being 3 to 4 degrees above normal. He says there have been a few light frosts but his trees will need between 1100 and 1500 hours of temperatures below 5 degrees so buds will break well in spring. 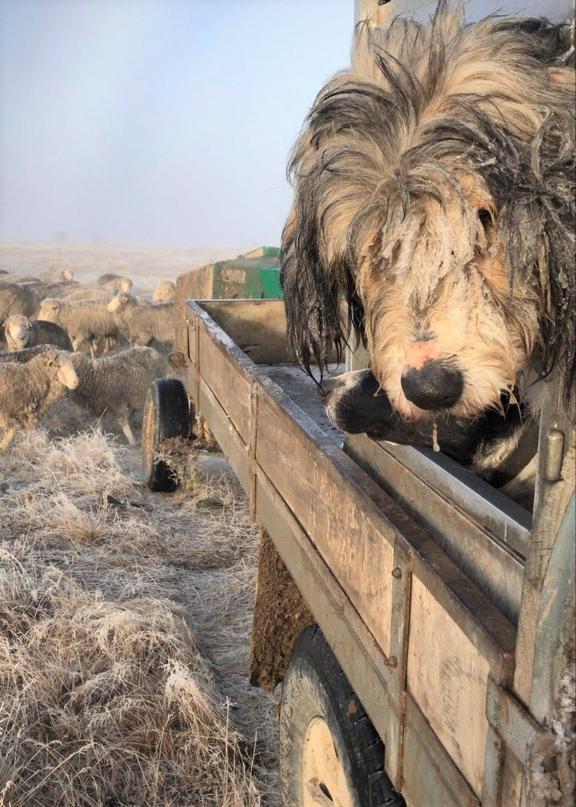 Marlborough's had cold south easterly winds and drizzle since Wednesday night, before that it was fine. Sheep farmers have been scanning this week and a farmer near Blenheim says his results are back 10 percent on last year - considering the conditions earlier in the year though when the farm had only 25mm of rain between January and May, he's pretty happy with the results.

A Grey Valley farmer on the West Coast has finally got the last of his cull cows away to the freezing works this week. They should have gone a month ago. The holdup was due to the reduced processing capacity over the Covid19 lockdown period. It's been a frosty week in the valley with no rain and a good dose of winter sun. Cows are being rotated on swedes, fodder beet, pit silage and grass.

It's been a miserable week of weather in Canterbury with days of fog and drizzle and very little sun. Overall, winter is going well though with not too much mud and grass still seems to be growing. Farmers are getting on to fencing once stock have been fed.

The sun's been shining further south though but temperatures also got down to minus 6 this week on a dairy farm near Fairlie. The farmer says with all the culled cows gone, the focus now is on managing and rotating mobs of cows on winter crops, bailage and grass. The ground's been hardened up by frost so there's minimal pugging and crop utilisation's been good. 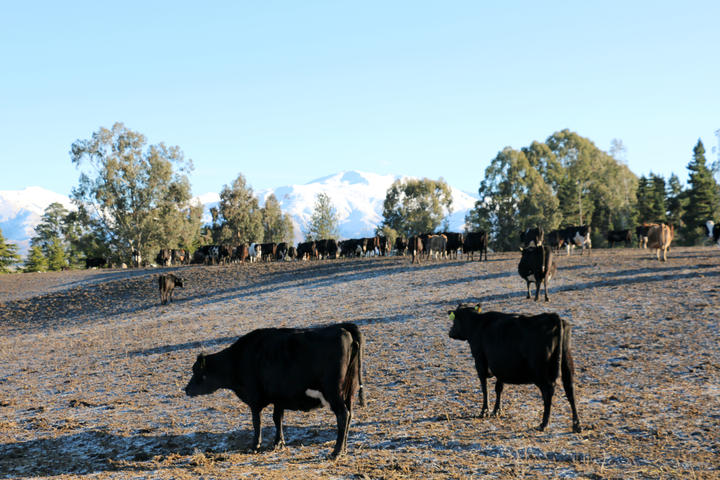 Our contact on Otago's Taieri Plain was busy replacing the rubberwear in the milking cups when we called. He's been vaccinating his herd this week for Leptospirosis and pink eye. He says they'll get another vaccination in July for rotavirus.

The temperature got down to a nippy minus 2 on a Mataura Island farm in Southland this week, but when the sun has come up the days have been beautiful. Our contact says she's been shifting cows, re-doing fencing that was washed away in the February floods and getting the calf sheds ready for the new season that's fast approaching.