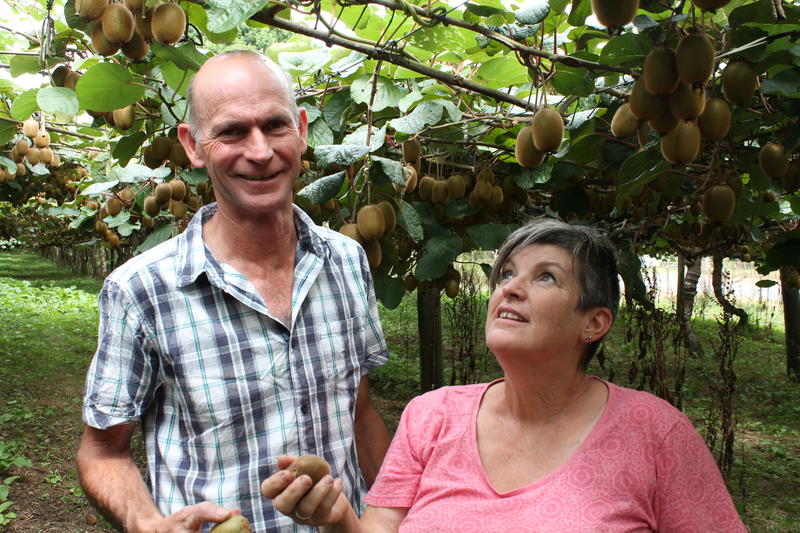 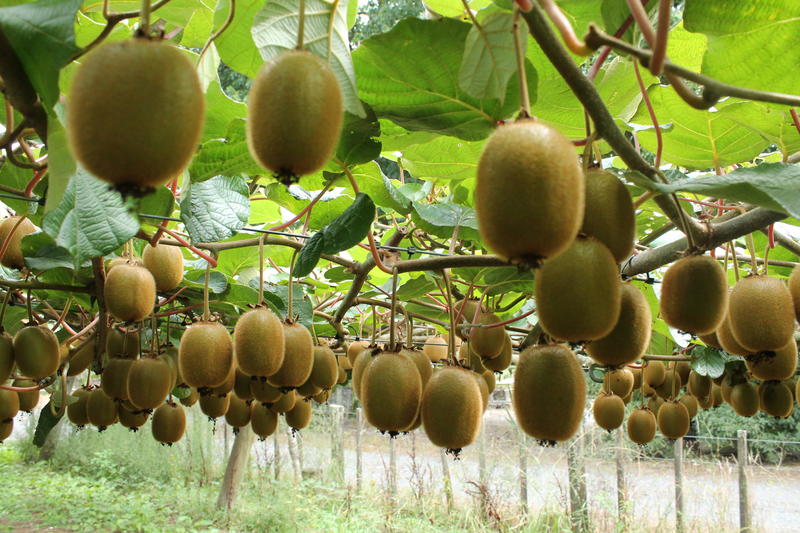 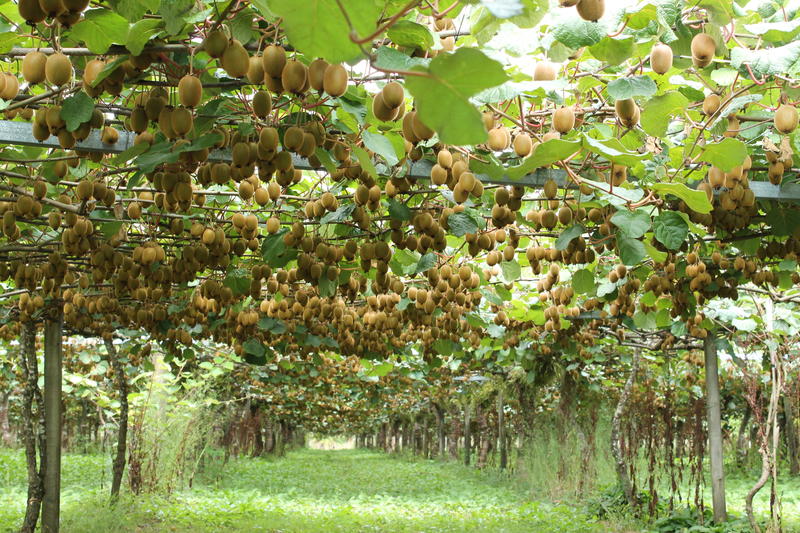 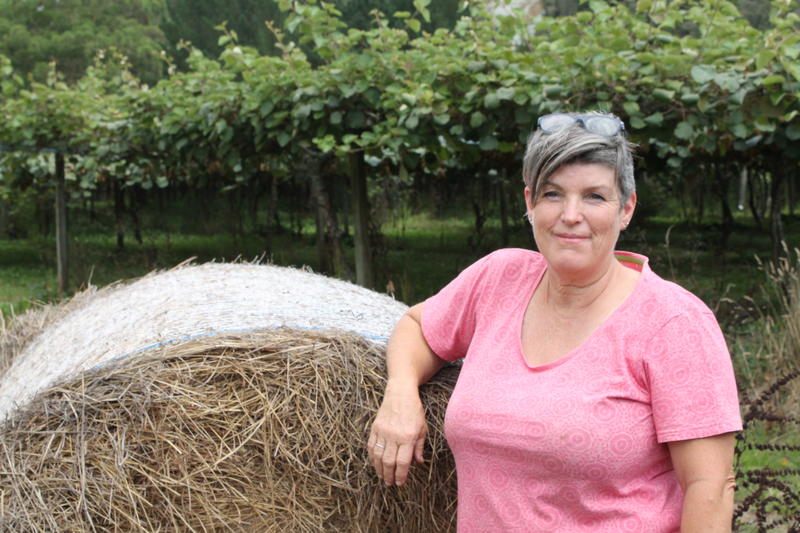 Bridget with her frost protection 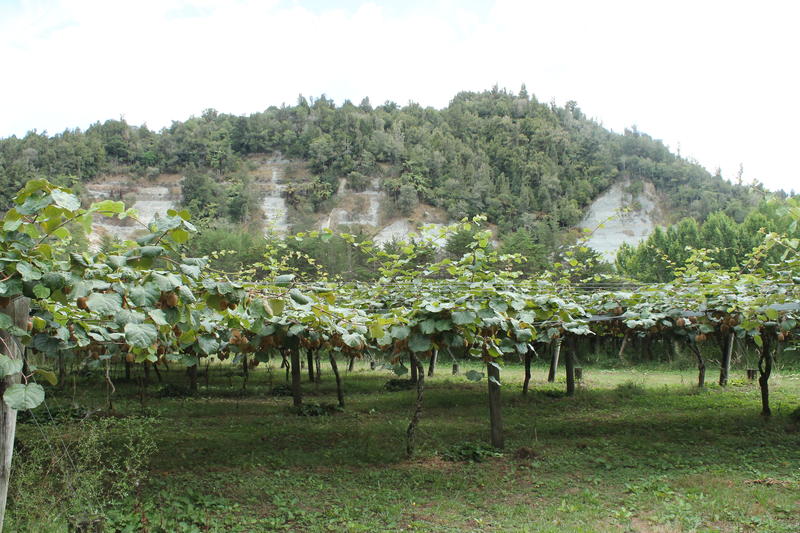 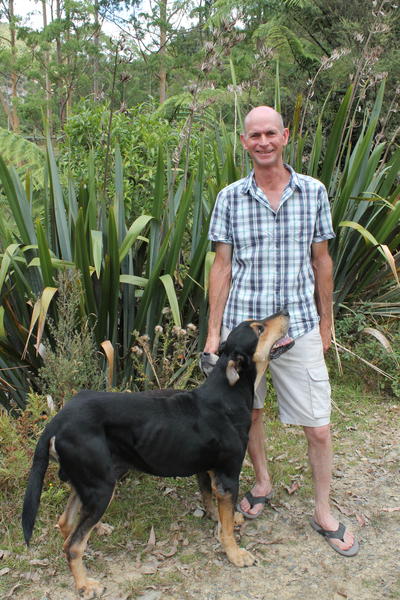 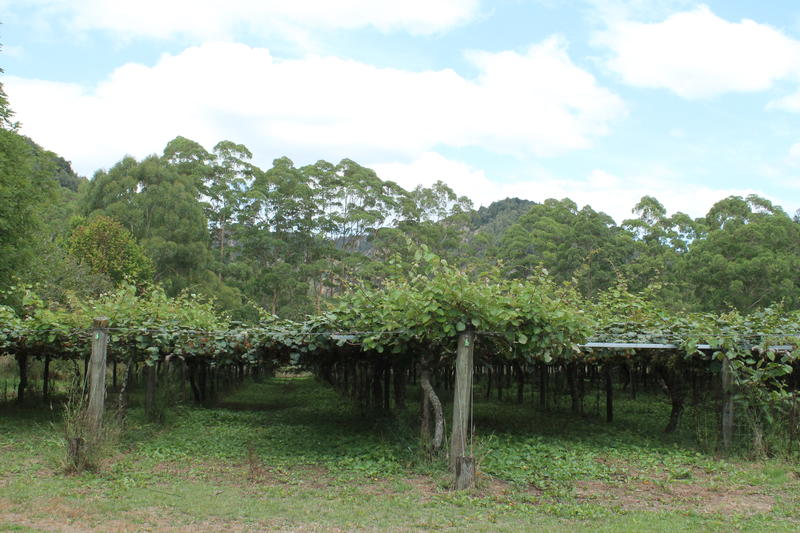 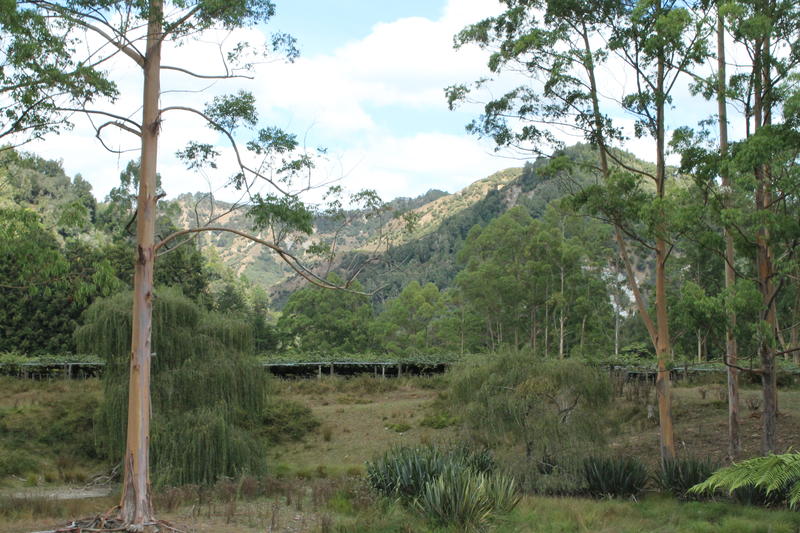 Most kiwifruit growers keep frosts at bay with expensive protection systems or even call in helicopters.

Bridget and Richard Neeson set fire to big round bales of hay.

"A little bit of petrol, a match and that's it."

The Neesons don't recommend their method for everyone and say it's only their isolation that makes it an option. They're also sheep and beef farmers so have access to aging bales of hay.

The couple's orchard is deep in a valley off the Forgotten World Highway, 30 kilometres south of Taumarunui.

Not surprisingly, the crop gets phenomenal winter chilling and that means the Neesons don't have to spray chemicals to promote bud burst in the vines and can grow organically.

The orchard is the only one in the area and pickers arrive from Te Puke for the harvest, which is one of the latest in the country.

New Zealand's first kiwifruit comes off in early March, it's not until three months later that the Neeson's fruit is ready to be put in bins.

It is then transported four hours by truck and trailer to a Te Puke packhouse.

Bridget says when the pickers arrive they are a little taken aback by the remote location and the lack of cellphone reception but then they start to relax and enjoy it.

"They love it out here with the bush and the river," Richard says.

"If they're here long enough I'll take them for a run on the (Whanganui) river in the boat and they love it. It's pretty peaceful out here - out in the sticks"