Sixty Years of The Golden Shears

New Zealand's premier shearing competition, The Golden Shears, is gearing up for its 60th birthday bash next week.

Despite scepticism at the start and declining demand for wool, The Golden Shears is now one of the oldest volunteer-run events in the country.

With help from Ngā Taonga Sound & Vision, Country Life looks back over its rich history. 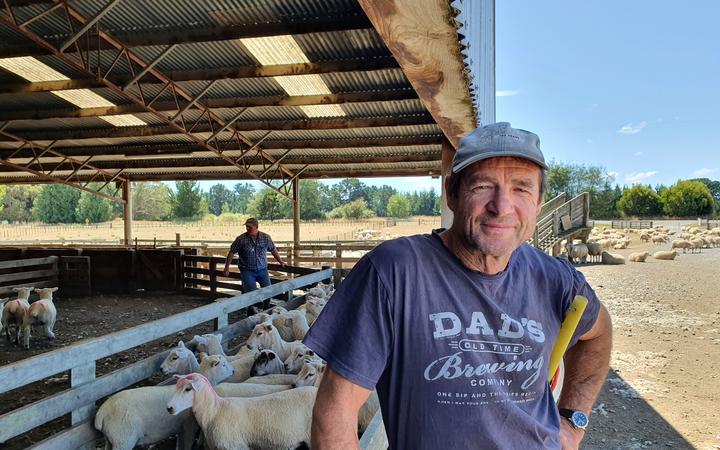 Ken McPherson has been selecting the sheep needed for the Golden Shears for 21 years Photo: RNZ/Sally Round

Ken McPherson is eyeing up a mob of Texel cross ewes on a bone-dry Wairarapa day.

It's a week out from the start of The Golden Shears and he's come to Bankview Station to draft what he needs for next week's show.

It's Ken's 21st year in charge of rounding up the sheep for New Zealand's premier shearing competition, held annually in Masterton.

The 250-strong volunteer army behind the Golden Shears are gearing up for a big 60th birthday bash next week and the sheep need to be selected in time and their wool kept dry, ready for top shearers who come from all over New Zealand and overseas.

"You want to try and get the average size of the sheep, take any small sheep out, any real big sheep, any bald-headed ones, some that are finer in the wool," Ken says.

Keeping the sheep similar in size and fleece means the competitors have a fair crack at the coveted trophies. 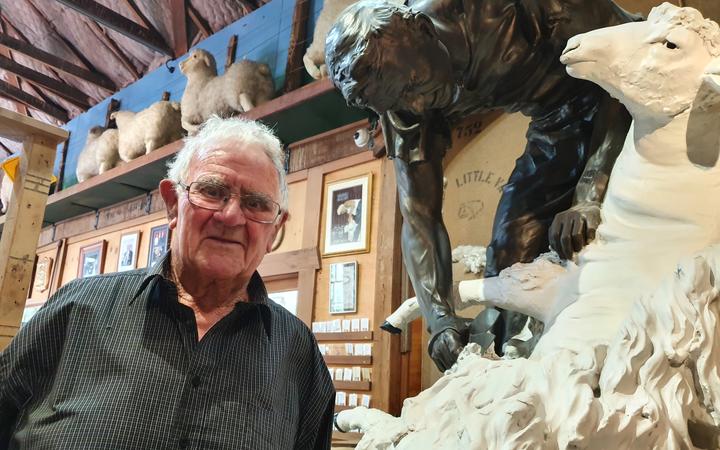 Ken looks over about 9000 sheep before the competition, which had its inaugural event in 1961.

"From our understanding, there's only a handful of voluntary organisations in the world that have made 60 years with all voluntary labour," says Golden Shears President Sam Saunders.

The business community pooh-poohed the idea at first, he says.

"They had a lot of trouble getting established, but the second year they actually had to have the army out here controlling people because the crowd was so big."

Laurie Keats, 86, can remember that day.

He's been involved since "prior to day one" and recalls being inspired to start a competition which would test the best of the country's shearers who were part of a thriving wool industry.

"I'd been talking to shearers and knew that they were keen, like I was, to see how good they were because people would tell you, 'God, he's good, he's the best shearer in the district, he could beat anybody' ... but he had no way of knowing."

Fire regulations mean fewer people are allowed into the hall to watch now, but according to Laurie it's still filled and organisers describe the atmosphere as "electric" even in the setup days before the hand-pieces start up.

Sixty years on, The Golden Shears is still thriving, with the support of local sponsors.

This year, a record number of novices have signed up to compete and the event will be live-streamed on the internet.

"So long as there's sheep being shorn, there'll be shearing competitions," Laurie says.

"There'll always be somebody wanting to prove how good they are."